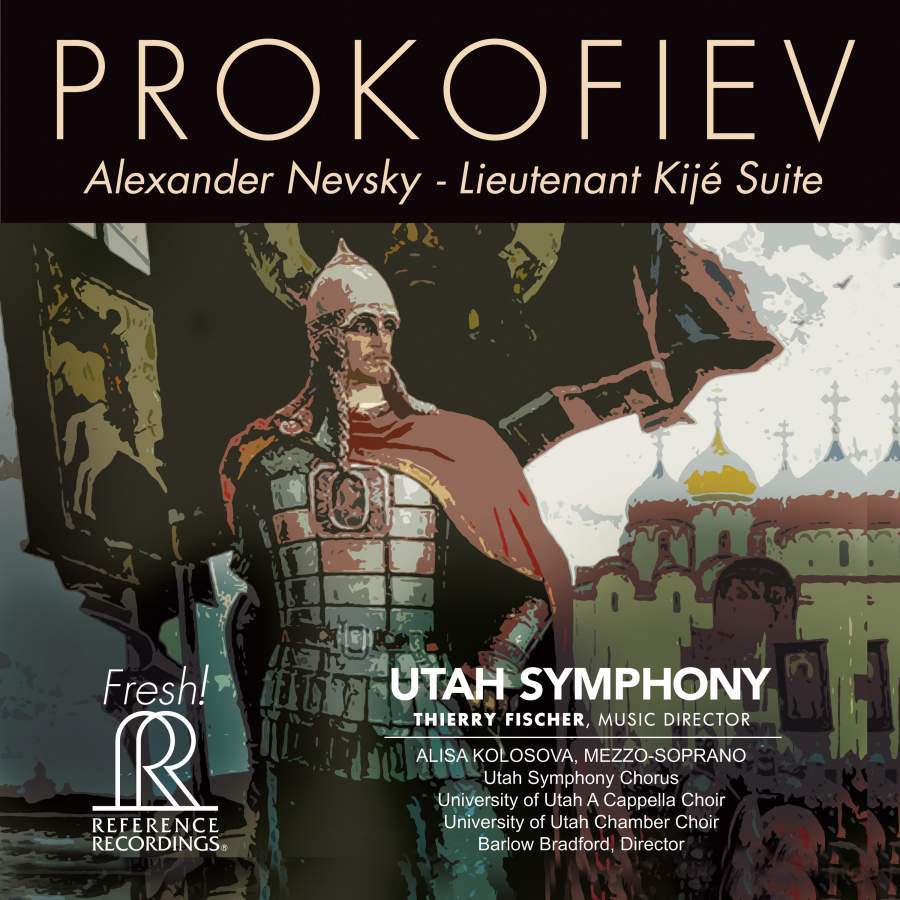 I wonder how many readers remember the Vanguard recordings made by this orchestra with their long-time maestro, Maurice Abravanel, whose other claim to fame was that Otto Klemperer, during one of his notorious manic phases, once eloped (briefly), with his wife. Well, after an interminable absence from the catalogue, they’re back – with a vengeance, if this release is anything to go by. And what a witty juxtaposition: Russia’s great medieval nationalist epic contrasted with a cheeky satire on stultifying Tsarist military bureaucracy.

Both works began life as film scores but were condensed by Prokofiev: Lieutenant Kijé became an orchestral suite and Alexander Nevsky, composed for Eisenstein’s first movie to feature sound, reappeared as a cantata for orchestra, mezzo-soprano and chorus. All the participants acquit themselves brilliantly. In the Kijé, the orchestra conveys just the right mixture of piquancy and subversion. The soloists are a delight, especially the fat tubas and the droll sounding saxophone: Prokofiev at his most delightfully sardonic!

Alexander Nevsky ticks every box: the introduction and the opening to the most famous section – The Battle on the Ice – effectively convey the gripping tension and foreboding much better than Shostakovich’s depiction of a similar scene at the start of his Eleventh Symphony – and in a fraction of the time. The lead-up to the battle itself is excellently captured, (I think Prokofiev was the equal of Respighi or Rózsa in this) and the orchestra play with visceral intensity, without ever descending to coarseness. You can easily picture the carnage of severed limbs and decapitated bodies in the aftermath. The chorus combine that unique Russian sense of yearning with fervent patriotism, without, in turn, descending to a howling triumphalist Bolshevik mob. The mezzo-soprano, Alisa Kolosova, sounds appropriately soulful without any lugubrious or indistinct Slavic hooting. Full marks to the excellent recording team too.

Fischer completes his symphonic survey with a touch of carnival.

A thousand thanks for this sumptuous sonic spectacular.

A fine cast and thoughtful staging help Jake Heggie’s leviathan of an opera to sail again.