Alexander Melnikov’s five-year traversal of Prokofiev’s piano sonatas concludes with the third volume of a survey that has compelled attention for its granitic poetry and formidable playing from the off. 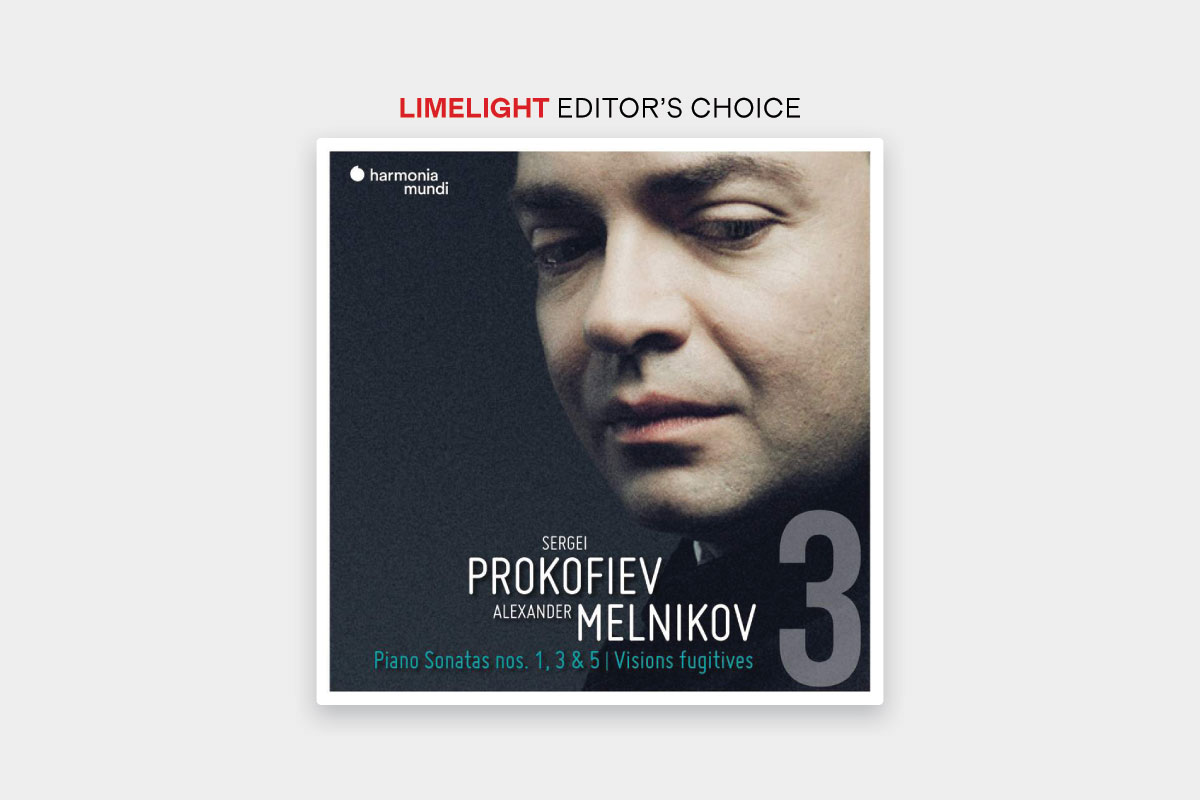 As before, as Warwick Arnold approvingly noted in his review of Volume 1 for Limelight, Melnikov “keeps microscopic detail, large periodic rhythms and architectural detail in such perfect equilibrium that the whole is deeply satisfying”.

Those qualities are most notable in the ‘filler’ here: the early collection of 20 atomised miniatures, Visions Fugitives; the shortest, the work’s flighty fulcrum, Molto giocoso, a mere 23 seconds, the longest, the simultaneously lowering and lyrical two-minute Lento irrealmente finale. Composed shortly before the Third Sonata and inspired by lines from the Symbolist poet Konstantin Balmont – “In each fleeting vision I see worlds, full of the changing play of rainbows” – it’s a curiously satisfying fusion of Chopin and Scriabin with deftly insinuated dashes of Webern.

It is also prime Prokofiev, prim lyricism nestling alongside the grotesque, violence and caustic wit vying for attention with more accommodating allusions to the dance and biting bitonal incursions that subvert neo-classical poise. Melnikov negotiates all with the aplomb of one for whom this is familiar, recognised territory, highlighting hidden connecting pathways within the fractured imagistic kaleidoscope with agilely alertness.

Of the three featured sonatas, Nos 1 and 3 are both single-movement works. If the F Minor First, begun in 1907 when Prokofiev was just 16 and completed before he was out of his teens, readily betrays its youthful debts to Schumann and Rachmaninov, it is also stamped with the dissonant-accented signature of the mature Prokofiev. Melnikov treats it to an ardent reading appropriate to its salad days’ heart-on-sleeve ardour.

Begun the same year (but not completed until a decade later), the A Minor Third Sonata saw Prokofiev return to a condensed, singular form after the expansive four-movement Sonata No 2 and his first two piano concertos. Culled, as its subtitle has it, “From the Old Notebooks”, Melnikov races out of the traps with an athletic grace and gumption that manages to be both lithe and muscular, pointed and poetic in equal measure.

Dating from 1923, the three-movement Fifth Sonata in C Major is heard here in its 1953 revision from the last months of Prokofiev’s life. Its contrasted opening Allegro tranquillo finds Melnikov at his most inspired, nimbly balancing its becalmed beginning and tremulous ending with the volcanic heat of its central, interior section.The enigmatic middle-movement Andantino is a thing of fragile porcelain delicacy in Melnikov’s hands, the Un poco allegretto finale dispatched with all the vivacity its cartoon-like immediacy and playfulness demands.

In a benchmark cycle, André Lischke’s notes are informative, Martin Sauer’s recorded sound beautifully framed. A glancing, Beckmesserish regret in passing that place could not have been found for the surviving fragment of the mooted Tenth Sonata on one of the volumes, if only as a punctuation mark to satisfy Prokofiev completists.