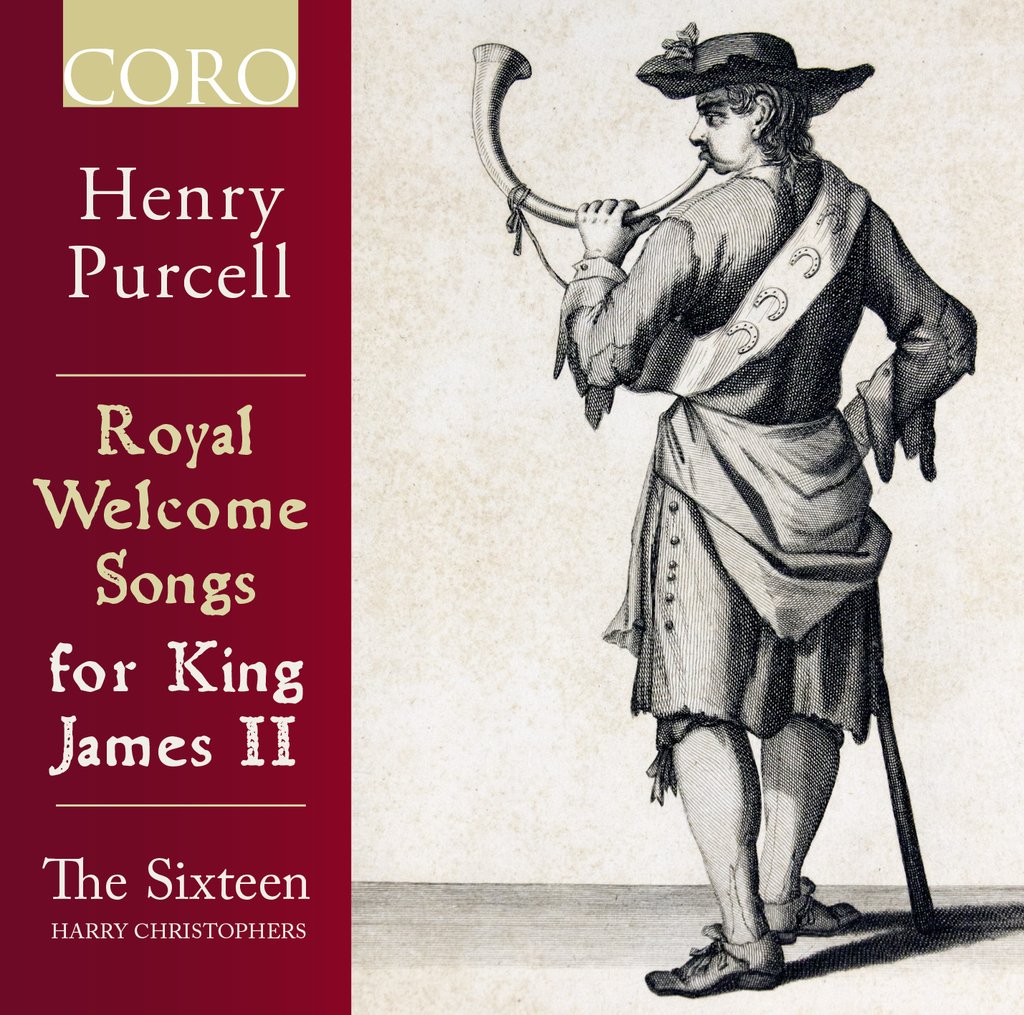 Having already produced a selection of fine discs of Purcell’s more operatic works, Harry Christophers and members of his choir The Sixteen are embarking on a more in-depth exploration of the composer’s creativity over the next few years, running parallel to a residency at London’s Wigmore Hall. Each disc in this new series will include one or two royal ‘welcome songs’. As a court composer Purcell (like Bach, Lully and many others) could not escape the professional responsibility of regal adulation whether he liked it or not.

Peace and prosperity were not particular hallmarks of the turbulent reign of James II, so Purcell’s task was not easy, nor was that of the anonymous poets who had to supply him with fawning propaganda dressed up as literary refinement. With customary elegance, ingenuity and wit Purcell rises to the occasion, not letting the facts get in the way of good music.

Dating from 1686 and 1687, the two welcome songs recorded here, Ye Tuneful Muses, Raise Your Heads (Z344) and Sound the Trumpet, Beat the Drum (Z335), are a pair of cantata-like works with a customary mix of instrumental, solo and ensemble numbers. In the first, Purcell manages to sneak in the popular tune, Hey then, up we go several times, while in the second he evokes the martial feel of trumpets and drums without using any. Sound the Trumpet also includes the magnificent chaconne which was later recycled in King Arthur. Interspersed with the welcome songs are a variety of sacred and secular items, including the Chacony in G Minor (perhaps better known in Britten’s grandiloquent arrangement).

Christophers’ ensemble of eight singers and 12 strings obviously relishes the task at hand, delivering performances of great empathy and commitment. I look forward to discovering what the next instalment has to offer.