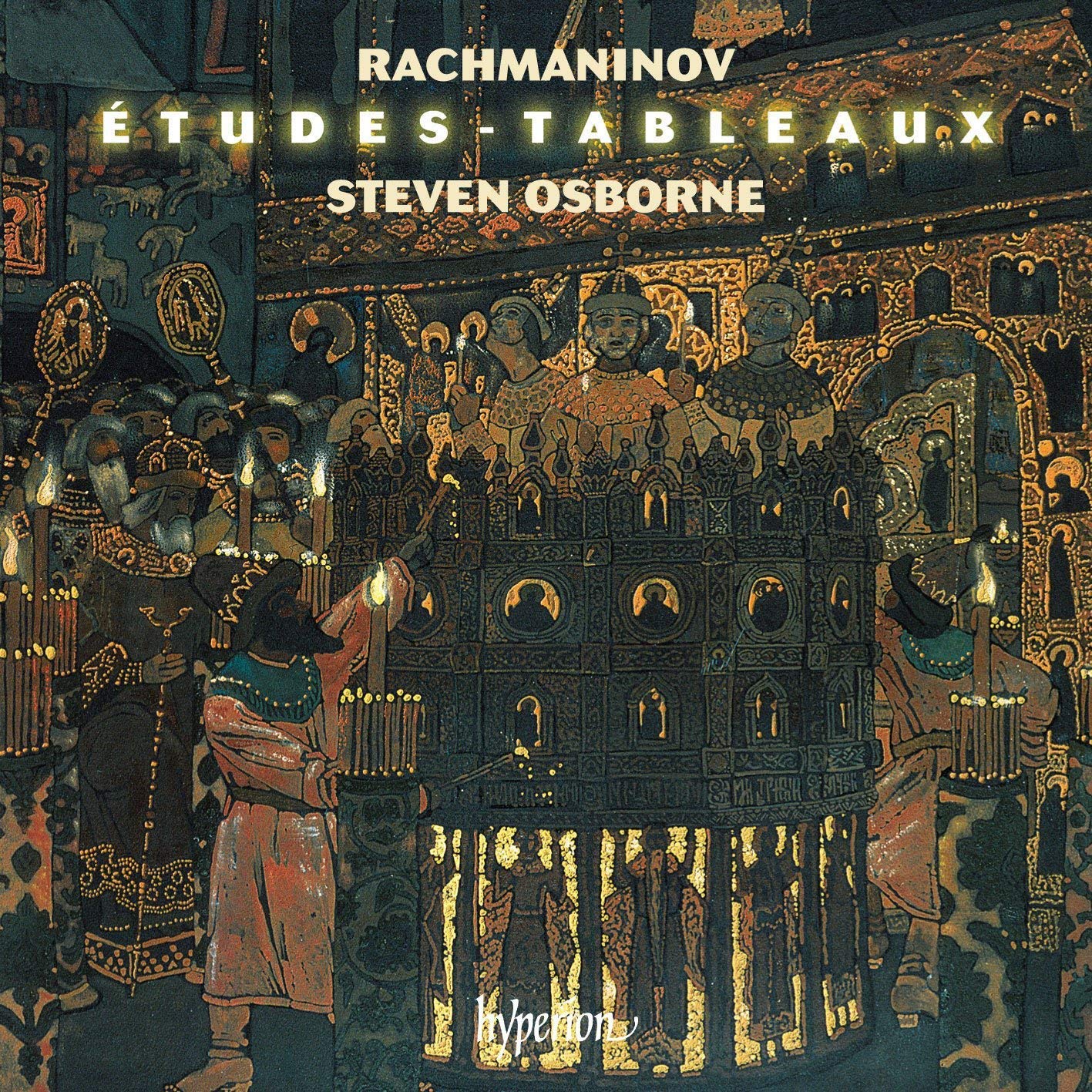 Rachmaninov composed his two sets of Études-Tableaux Op. 33 and Op. 39 in 1911 and 1916-17 respectively, so they pre-date his move from Russia to the United States. They are collections of miniatures. The composer was tight-lipped about the specific inspiration of each piece (whether a painting, a poem or book), except for five that Respighi orchestrated in the 1930s.

The composer might well have titled these pieces Preludes, as Debussy did with his similar sets of short musical impressions (written in 1910 and 1913), but the melancholy Russian had already completed 24 Preludes that had no extra-musical associations, so he invented the descriptor ‘études-tableaux’. The pieces mark an advance in Rachmaninov’s writing – not in pianistic technique, of which he was a master from the very beginning, but in the uses to which he put it. Rhythmic impetus plays a major role, pointing towards the vital writing in his late masterpiece, the Rhapsody on a Theme of Paganini.

The two sets of the Études-Tableaux have rarely appeared together on disc, though most great pianists have dipped into them for excerpts. The Scottish pianist Steven Osborne is best known at present for his Debussy and Ravel, but has previously recorded Rachmaninov’s Preludes for Hyperion, as well as Mussorgsky’s Pictures at an Exhibition (a work that is a clear ancestor of the Études-Tableaux).

It is his Debussy that this disc brings to mind in the limpid textures of Op. 33, No 2 in C Major, and Op. 39, No 2 in A Minor: The clarity of Osborne’s sound and his ability to make high notes in the right hand ‘ping’ out above the accompanying figures does both composers proud. Of course, Rachmaninov demands a different kind of heft in Op. 33, No 7 (Allegro con fuoco) or Op. 39, No 5 (Appassionato). Osborne provides all the necessary power while keeping it clean, where some pianists are content to produce an amorphous wash of sound.

The obvious comparison is with Vladimir Ashkenazy, who recorded Op. 39 in 1973 and Op. 33 in 1981. Ashkenazy certainly makes this music sound Russian: where Osborne brings a cheeky swagger to Op. 33, No 1, Ashkenazy treats it as a boot-heavy revolutionary march. Again, in Op. 39, No 5, where Osborne could hardly be called reticent, Ashkenazy pushes much deeper into heart-on-sleeve, barnstorming territory. I admire Ashkenazy, but prefer Osborne’s poetry and control in these
inspired pieces.