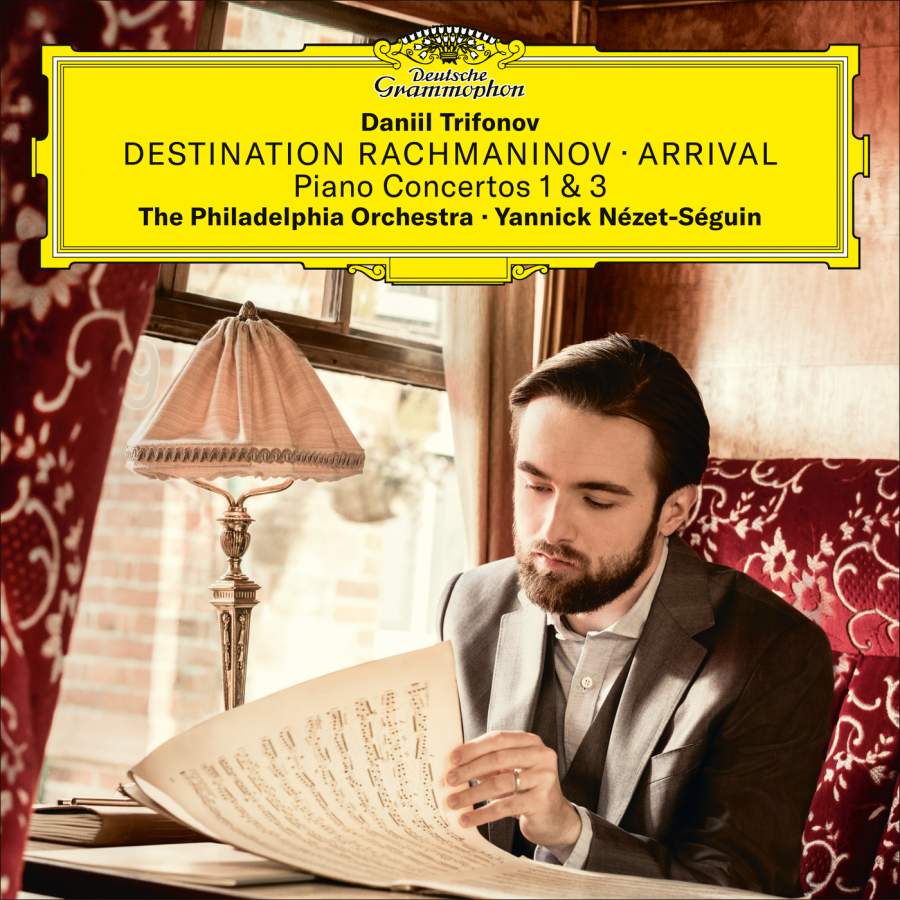 Daniil Trifonov completes his two-disc survey of Rachmaninov’s piano concertos with this second volume coupling the youthfully unfettered ardour of the First with the ripe, romantic combustibility of the Third. Why performances as thrilling as Trifonov’s and as luxuriant as The Philadelphia Orchestra’s need to be packaged as Destination Rachmaninov: Arrival remains moot but by no means distracts from the vivid and fervently expressed experiences on offer.

The choice of the Pennsylvanian orchestra is knowing and shrewd, its long association with Rachmaninov’s music stretching back more than a century to include historic recordings of the concertos (available on Naxos) with the composer himself as soloist. Here, under the baton of its current music director Yannick Nézet-Séguin, the venerable Philadelphians play as if to the manor born, as much alert to Rachmaninov’s often abused subtlety as to his penchant for grandstanding heart-on-sleeve emotion while negotiating the ebb and flow between each extreme with consummate precision and ease.

Trifonov is at his most persuasive in the 18-year-old composer’s First Concerto, here in the 1917 revision by its dedicatee, Alexander Siloti. There’s a biting sense of occasion that eludes the live recording of the Third that follows, Trifonov responding to the score’s precocious invitation to virtuosity with obvious relish, the orchestra readily amenable to its surges of emotion and peristaltic propensity to shift between disconsolate poetry and soaring drama.

Nézet-Séguin is as much a hero here, marshalling the bravura impulse of Trifonov’s solo line with the orchestra’s meeting and matching of his improvisatory energy to deliver one of the most satisfying accounts on disc (Horowitz, Argerich and Ashkenazy notwithstanding).

In the Third Concerto, Trifonov penetrates to the eye of its electric storm with machine gun-like insistence in a performance of brilliantly crackling, charged and pulse-quickening immediacy framed by Nézet-Séguin’s alert, athletically reciprocal support. At the heart of the fireworks is a middle-movement of melting, concentrated intensity to match any other account (Stephen Hough’s 2005 Hyperion recording included).

The two Trifonov-transcribed fillers are adroitly chosen. The Silver Sleigh Bells (opening movement of The Bells) is dispatched with liquid finesse and firmness, the soulful Vocalise imbued with an aching, unsettling sense of spiritual longing. The sound can be problematic in moments of high drama, but the booklet notes feature a fascinating interview with Trifonov.