Platée , the tale of an ugly swamp nymph persuaded that she’s aroused the appetites of Jupiter, was Rameau’s first comic opera. It was written as a wedding day entertainment for the Dauphin, son of King Louis XV, who was marrying the Infanta of Spain who was reportedly on the plain side herself. Despite its singularly cruel dénouement, this ballet bouffon was a hit and shortly afterwards Rameau was appointed to the lucrative post of Composer of the King’s Chamber Music. 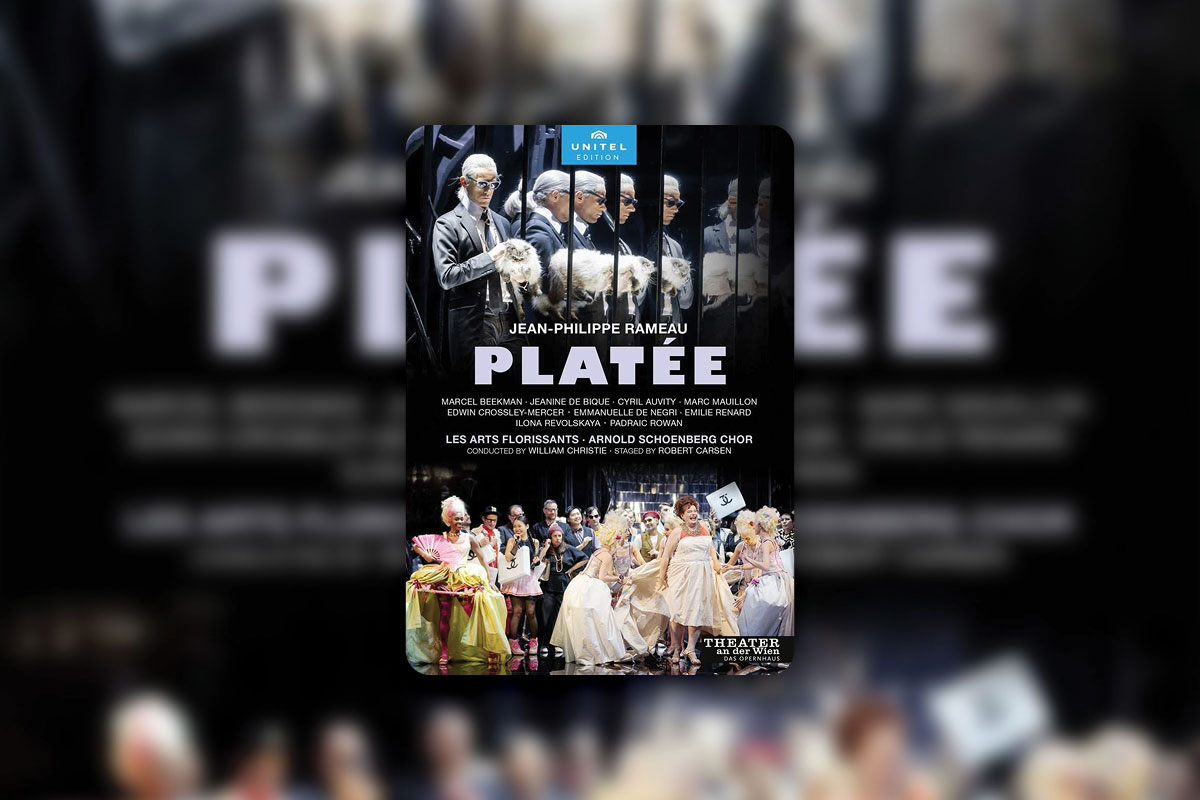 It’s proved a hit, too, in the 20th and 21st centuries where it turns out we still like to laugh at the foolish and misshapen. Robert Carsen’s 2014 staging – a co-pro between Vienna’s Theater an der Wien and Paris’ Opéra-Comique but filmed last year in an empty house – comes off rather well, despite the lack of an actual audience to liven it up with the odd chuckle. Carsen sets it in the world of haute couture where looks are everything and vacuous beauty holds court. His Jupiter...