What budding French composer would have been able to resist the allure of spending some years in Rome, staying at the Villa Medici, at the expense of the state? The Prix de Rome, originally set up for painters and sculptors by Louis XIV, was extended to musicians in the early nineteenth century and became the jewel in the crown of prizes awarded by the Paris Conservatoire. 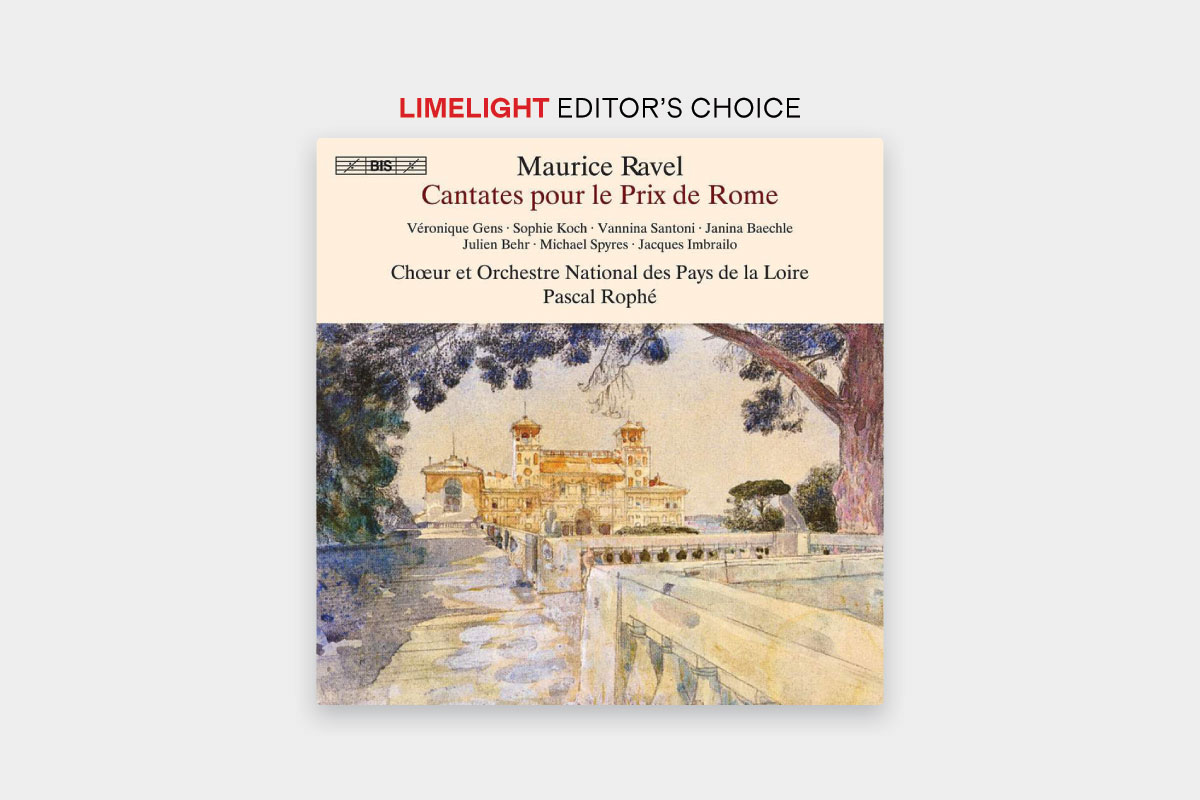 Such a glamorous accolade was not without controversy, especially in Ravel’s case. As a student of Fauré, Ravel entered the competition five times, progressing only to second place with his cantata Myrrha in 1901. As the new century dawned, Ravel was producing some of his most visionary and enduring works, including the String Quartet, the piano piece Jeux d’eau and the song cycle Shéhérazade. Such works stretched far beyond the formal academic styles required by the competition: first a fugue and a choral overture, then a tightly organised cantata.

Ravel’s final attempt in 1905 saw him fail the first round, leading to public outrage and “the Ravel affair” which claimed the scalp of Conservatoire director Théodore Dubois (ironically a former prize winner) and ushered in the more open leadership of Fauré.

BIS is to be congratulated for dusting off the cantatas and overtures Ravel wrote for the prize. They confirm Ravel’s prowess in orchestration and mood setting, and hint at what he might have done, had he turned his hand to large-scale opera, given mythical and classical elements dominate the cantatas’ texts.

Myrrha, for example, is based on Byron’s play Sardanapalus and chronicles the doomed love of a king for a slave. In a stroke of luxury casting, this recording features the luminous, heroic tenor of Michael Spyres as Sardanapalus, who magnificently crests the waves of Ravel’s dramatic writing. He is empathetically supported by soprano Vannina Santoni as Myrrha and baritone Jacques Imbrailo as Beleses.

Alyssa (1903), the tale of an Irish soldier enamoured of a fairy, is perhaps the least original of the cantatas. It’s charming but conventional treatment is enhanced by the fine singing of Veronique Gens in the title role. Inspired by Ovid’s Metamorphoses, Alcyone from 1902, has an expressive self-assurance of a composer imaginatively in control of his material, albeit with distant echoes of Debussy’s Pelléas et Mélisande. Well matched mezzos Sophie Koch and Janina Baechle together with tenor Julien Behr bring abundant sensitivity and pathos to the fateful, regal story.

With titles such as La Nuit and Matinée de Provence, most of the overtures celebrate natural scenes, the exception being Les Bayadères, arguably the most well-known of these Prix de Rome works. This heady evocation of temple dancers’ revels in the fashionable orientalism of the period with its modal-sounding melodies and evocative touches of percussion. By contrast, Tout est lumière, the companion piece to Myrrha, demonstrates that Ravel had absorbed much of the careful craftsmanship of his teacher.

This SACD is a well curated window onto the more conventional side of Ravel’s early output and is supported by the consistently fine playing and singing of the Pays de la Loire forces under Pascal Rophé. To what extent a precocious talent like Ravel needed a stuffy institution like the Paris Conservatoire is a moot point, but it does make one wonder what marvels he may have produced had he won the coveted Prix de Rome.