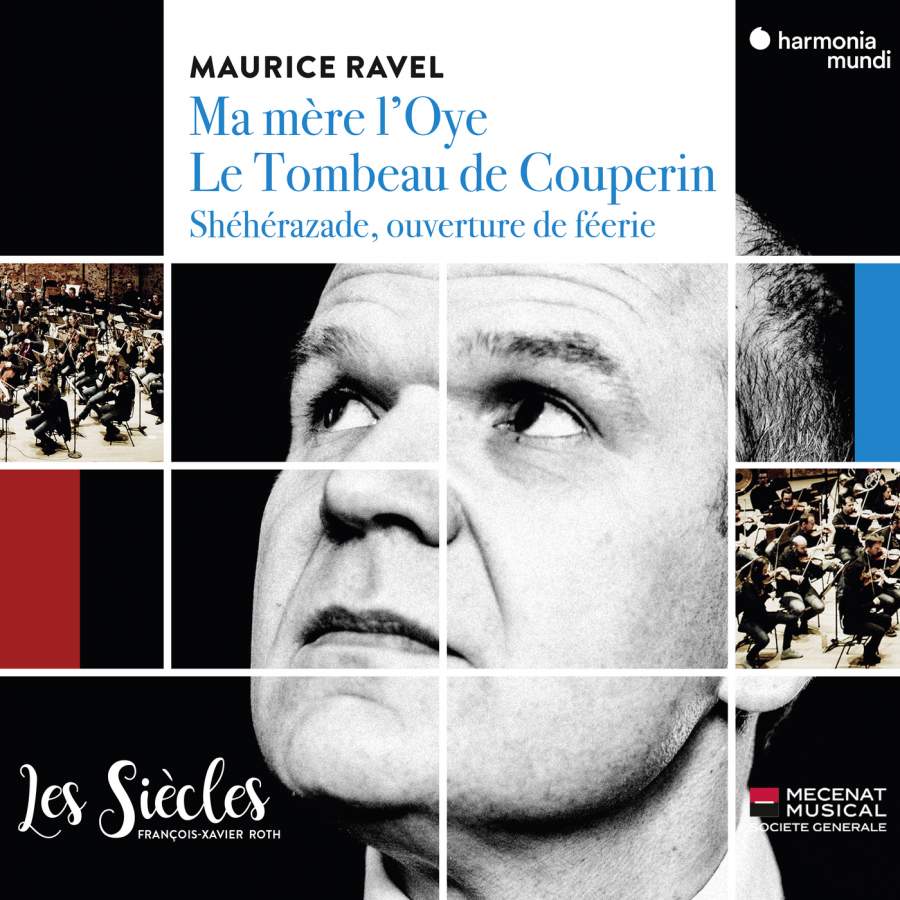 Another triumph for François-Xavier Roth’s left-field period instrument group, Les Siècles (The Centuries), which was formed in 2003 to explore and illuminate late 19th/early 20th-century French music with contemporaneous instruments. So far this has been brilliantly achieved without any of the precious, pedantic academicism which bedevils so much baroque repertoire.

Both the Mother Goose (Ma Mère l’Oye) ballet and Le Tombeau de Couperin are suffused with charm and elegance (not to mention a finesse which raises Gallic transparency of texture and nuance to a new level), but also an exquisite melancholy in the Tombeau, explained by the fact that it was not just a homage to the spirit of the Rococo but a posthumous tribute to comrades killed in the First World War. The oboist, Hélène Mourot, is justly named for the gorgeously nimble filigree of her playing.

Mother Goose is presented complete (why do we so rarely hear this?) and seems more benign and less shadowy than in some recordings. The Beast in Beauty and the Beast seems more like a traditional pantomime character. I was amazed to read, in light of the seamlessness of the sound, that the work was recorded over four days in three different venues!

The curiosity is Ravel’s Shéhérazade – Ouverture de Féerie (not to be confused with his later song cycle of the same name), composed during his days as a pupil of Fauré for an opera, which never materialised. Describing anything by someone as stratospherically fastidious and self-critical as Ravel as not quite top drawer is certainly not damning with faint praise. It’s exuberant and doesn’t outstay its welcome. I’m sure many other composers would have been proud to have written it. Three cheers for the recording too!