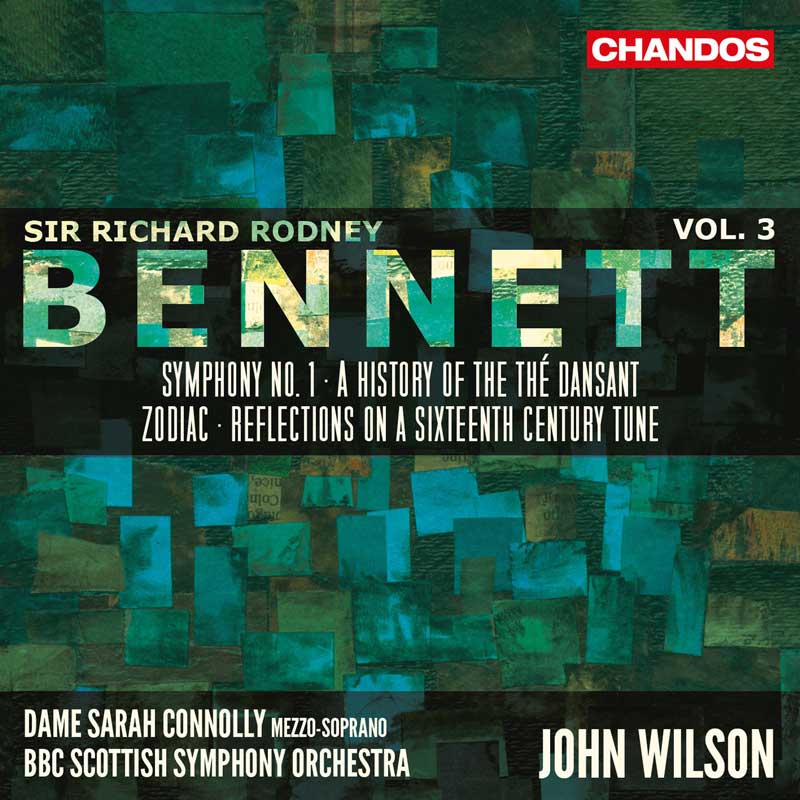 If you’re expecting expansive kaleidoscopic film score textures, (Murder on the Orient Express etc), brittle, laconic, Poulencian glitter, or cool jazz-inspired sophistication, you will either be disappointed or intrigued. The liner notes say Bennett’s Symphony No 1, composed in 1965, “reminded many early listeners of Walton or Henze and wears its serialism with elegant flair”. Henze possibly, Walton, I don’t think so. It reminded me of other composers, but they weren’t the two mentioned! I also found it to be orchestration all dressed up with nowhere to go. The notes say Bennett “resolved to avoid being turgid at all costs”. The problem is nothing’s very engaging either.

The Zodiac ballet, completed in 1976, is more congenial and closer to 20th-century music for people who don’t usually like 20th-century music. But don’t expect Samuel Barber or, for that matter, Constant Lambert’s infinitely charming and witty score for his Horoscope ballet. There are good moments, however, showcasing what a brilliant orchestrator Bennett was: the flute and harp for Gemini, devious sounding woodwinds for Scorpio.

A History of the Thé Dansant was inspired by poems by Bennett’s sister, Meg, approaching (or confronting) her childhood, catching the mood of an interwar tea dance, a ‘separate tables’ gentility masking sadness, isolation and, probably, repression. The performances and recording are superb, but most of the music on this CD left me cold.