Turning a real-world friendship into a fictional rivalry, sopranos Sandrine Piau and Veronique Gens, who started their careers together under William Christie, have come full circle in this fascinating new project. 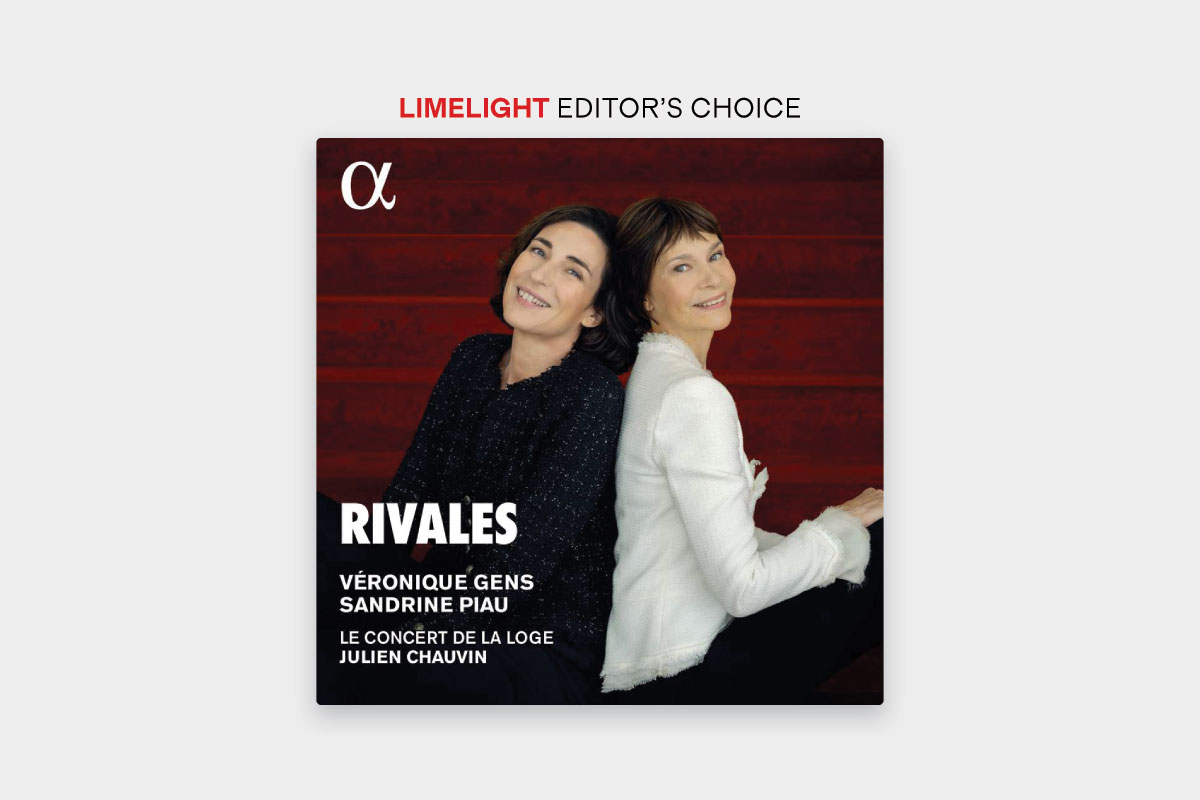 Two singers at their professional peak teaming up to bring to life two equally distinguished forebears? It’s a no-brainer. Add in colourful historical back-stories full of “libertinage and brief liaisons”, political scandal and bisexual exploration, and you have yourself a hit. Even if the music itself can’t quite match them for thrills.

Gens and Piau step into the silk shoes of Madame Saint-Huberty and Madame Dugazon respectively – the two era-defining divas of the 18th-century Parisian opera scene. Saint-Huberty was the queen of the Opéra, a singer whose “dramatic voice tending towards the mezzo-soprano register” and strong acting skills led her naturally to roles full of “grand and majestic passions”: queens, sorceresses and heroic Classical characters. The “light and slender-voiced” Dugazon, by contrast, ruled over the Opéra-Comique, making a speciality of “maidens, maidservants and shepherdesses” – roles in which the natural tenderness and delicacy of her delivery could shine.

While there’s no evidence that Dugazon and Saint-Huberty ever crossed paths on stage, there’s enough musical overlap – the former extending her range into Gluck and Piccini, the latter into the more substantial characters of Grétry and Dalayrac – to allow for some fantasy duets here, as well as contrasting sequences of arias in a programme consisting almost of world premiere recordings that range from the familiar ground of JC Bach, Gluck and Cherubini to the more arcane Jean-Frédéric Edelmann and Louis-Luc Loiseau de Persuis.

Both singers get plenty to sink their teeth into. Piau throws down the gauntlet in the nervy semiquaver runs – all quicksilver glitter and agility – of Ou suis-je? from Monsigny’s La Belle Arsène, racing lightning-flash chromatic scales from the piccolos, before settling into the more expansive Se mai senti from Gluck’s La Clemenza di Tito, her rounded purity and control of tone the flute ingenue to the obbligato oboe’s tenor.

Uniting two very different operatic worlds in a single program is tricky, and the tonal shifts don’t always work as well as they might in concert. But for curiosity value, as well as the thrill of two top musicians enjoying and complementing one another’s skill, Rivales is an appealing novelty. I’m not sure I’ll be rushing out to seek closer acquaintance with Persuis’ Fanny Morna any time soon though.