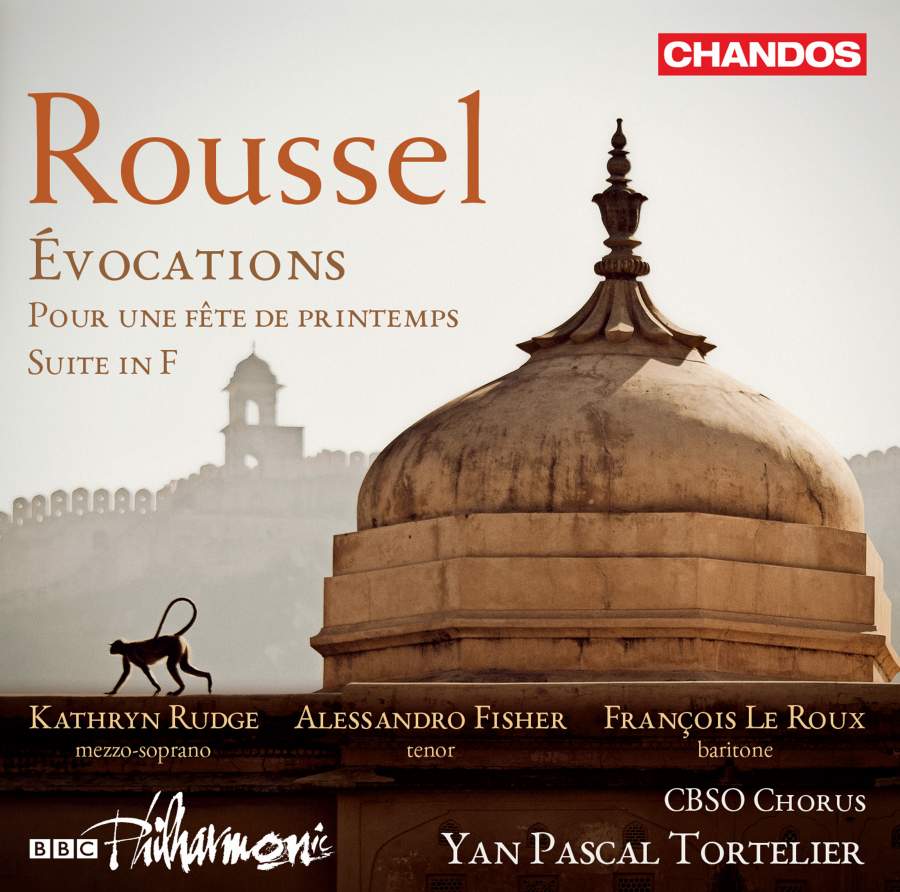 This album’s three works mark Albert Roussel’s musical progression – albeit in back to front order – from his time as a professor at Vincent D’Indy’s Schola Cantorum, through to his flirtation with ‘Impressionism’ and Debussy, to his maturity as a neoclassicist with warmth but without the jokiness of his contemporary Poulenc.

Although somewhat neglected nowadays, Roussel holds an important place in early 20th-century French music. Born into a bourgeois family, his father was a successful cloth cutter who died when Albert was only two, followed seven years later by his mother. The orphaned boy went to live with his grandfather, but he too died two years after. From then on he was brought up by an aunt and uncle. At 15 he joined the navy, travelling in the Far East. All the while, however, he was composing and at the age of 25 he studied the organ and the works of the old German masters, before joining Vincent D’Indy at his new music school. All this must have given him the sort of individualistic and independent spirit, which was reflected later in his music.

Evocations is a substantial 45-minute work whose three movements take us from the Caves of Ellora, where the Hindu gods look on in the darkness, to the irrepressible and colourful bustle of the Maharajah’s palace in the ‘pink city’ of Jaipur, and on to the final movement where vocalists and chorus help to evoke the sacred Ganges and the spiritual city of Benares.

It’s colourful and splendid work and, like all of Roussel’s music, bears repeated listening. I can only find one other recording of it, a 1994 Supraphon album which couples it with Le Festin d’Araignée.

Pour une Fête de Printemps is a fine stand-alone piece. Originally it was the Scherzo
to the dark and dissonant Second Symphony, written shortly after Roussel served as a lorry driver on the Western Front.

The opening work of the album, Suite in F, is dedicated to the conductor Serge Koussevitzky whose Paris concerts were de rigeur in the 1920s. The confident cracking pace of the short outer movements show off a superb gift for rhythm and counterpoint.

Roussel is a composer well worth getting to know and this superbly played and produced album is an excellent introduction. The BBC Philharmonic plays with enormous relish under Yan Pascal Tortelier, and the soloists and CBSO Chorus are all excellent.

Several tastes of Holst, both before and after The Planets.

A radiant, bright young trio whose repertoire risks pay off in spades.

It turns out that there’s more to Ginastera than a malambo.