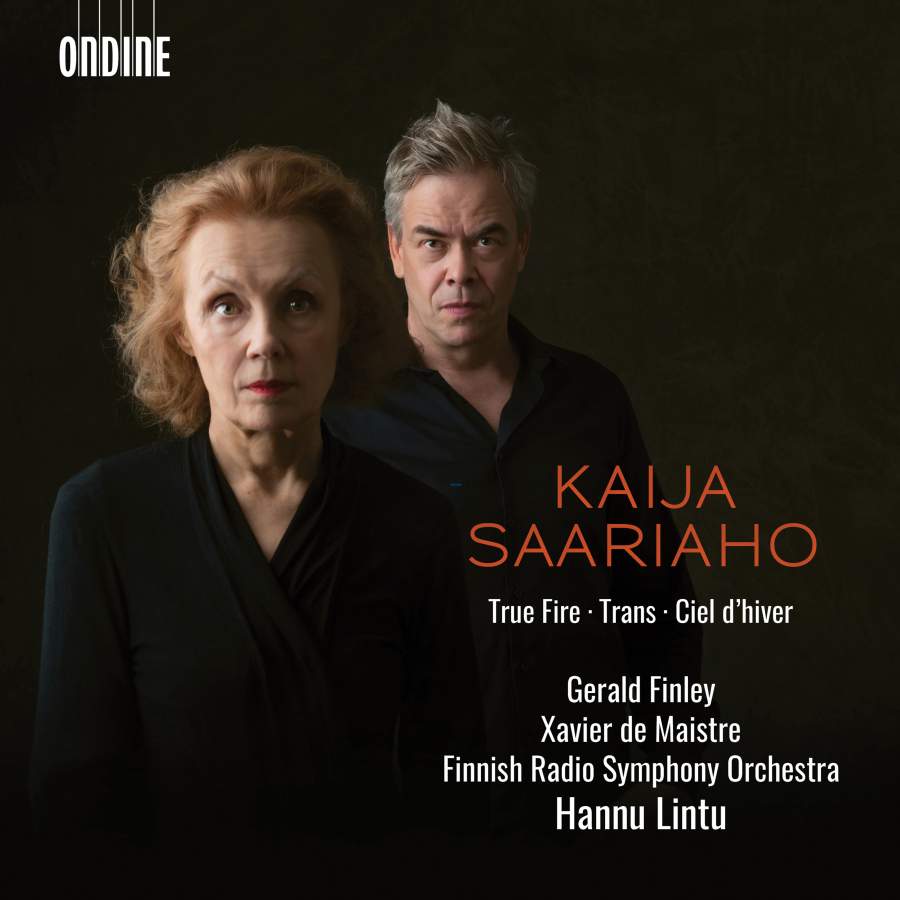 “For me, a concerto is less about traditional virtuoso technique than about drilling deep into the soul of the instrument (and the music)”. So says Finnish composer Kaija Saariaho, who is probably best known for her opera L’Amour de Loin, which established her breakthrough in 2000. The quote could equally be applied to all her spectralist works, which span several genres from small chamber works to massive orchestral and vocal showpieces.

This superbly produced new release on the Ondine label shows Saariaho in three of those guises – orchestral song cycle, a concerto for French harpist Xavier de Maistre and the middle movement of a three-piece large-scale orchestral suite on the legend of Orion.

When four leading orchestras commissioned her to write the song cycle True Fire for Canadian baritone Gerald Finley, 66-year-old Paris-based Saariaho had the music outlined in her head even before she found the texts to go with it. She settled on three fragments from the essay Spiritual Laws by American poet and philosopher Ralph Waldo Emerson, one of which gives its title to the cycle. These are interspersed with settings of poetry by Irish Nobel laureate Seamus Heaney, the Tewa Native American people of New Mexico and Palestinian poet Mahmoud Darwish.

Finley is given scope to show his magnificent vocal portfolio here, from the wide-ranging melismas of Heaney’s River – with swirling orchestra behind him – to the crystal minimalist clarity of the pivotal short movement Proposition II, a setting of Emerson’s dictum, “But real action is in silent moments”. Superb diction, that warm tone and Finley’s gift for finding the meaning behind the text mark this performance.

Saariaho’s organic approach to orchestral writing is well illustrated in Ciel d’Hiver from her Orion trilogy. For this episode the hunter is firmly set in the starry heavens, a piccolo giving the feeling of celestial remoteness, accompanied by sliding descending strings and ominous trilling bassoons. For the concerto, she skilfully manages a score which never drowns out the harp but preserves the rich orchestral polyphony.

Here as in all her music she focuses on the variety and colour of sounds. Her pieces really do take on a life of their own, something beyond the strict confines of serialism. Saariaho often combines computer generated electronic music with live performance, but for this collection she relies on the more conventional forces of the Finnish Radio Symphony Orchestra directed with pinpoint accuracy by Hannu Lintu.