For a work composed by an avowed “Classicist”, Saint-Saëns’ Second Piano Concerto in G Minor is a highly unconventional and original piece. I’ve never quite bought Stokowski’s quip that it “begins with Bach and ends with Offenbach”, although the opening of the first movement does reveal itself as the composers take on a JS Bach improvisation. Each movement is faster than the previous one. What amazed me about young Alexandre Kantorow’s performance was the intensity of the opening cadenza and the subsequent tutti passages where it’s hard to imagine that it’s a chamber orchestra we’re hearing! 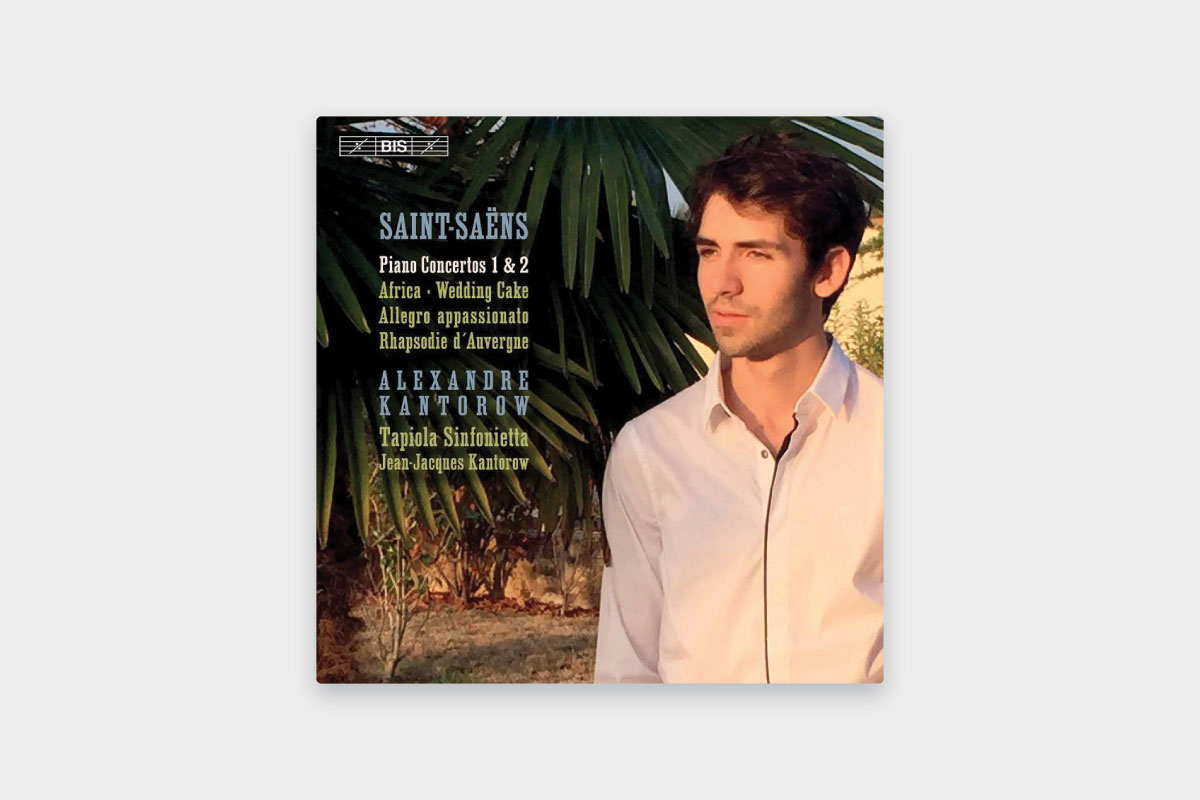 His treatment of the soloist’s role is always powerful but never lapses into brashness. In the second movement a Mendelssohnian Allegro scherzando, (the only movement which found favour with the premiere audience) and described perfectly by one critic as “dapper”, his tone changes from blazing glare to a burnished shimmer and he and the orchestra play off each other perfectly. In the Presto saltarello finale, the maintenance of complete control at that tempo is almost miraculous. Up until now, my favourite performances of this concerto have been Jeanne Marie Darré and Jean-Philippe Collard and this one is their equal in every way.

Whereas the Second Piano Concerto has long been stalwart of the mainstream repertoire, with recordings by Rubenstein, Gilels (of all people) Ciccolini, Rogé, Ousset et al., the First, Third and Fourth have been relatively ignored outside of complete cycles. In some ways, the First Concerto is small beer in contrast to the Second, and I’m puzzled as to why it wasn’t placed first on the disc so as to highlight the huge strides Saint-Saëns had taken in the decade long gap between their composition. The first movement is an experiment, among other elements of the use of cyclical form with the horn calls of the introduction recurring in the third. For all its occasional glibness, Kantorow and co. manage to mine a fair degree of charm and virtuosity. In the winsome second movement the soloist appears to imitate wind chimes. All the fill-ups are lovely, but for me the most gorgeous was the Wedding Cake Caprice. The performances have been brilliantly captured and are presented in SACD format.