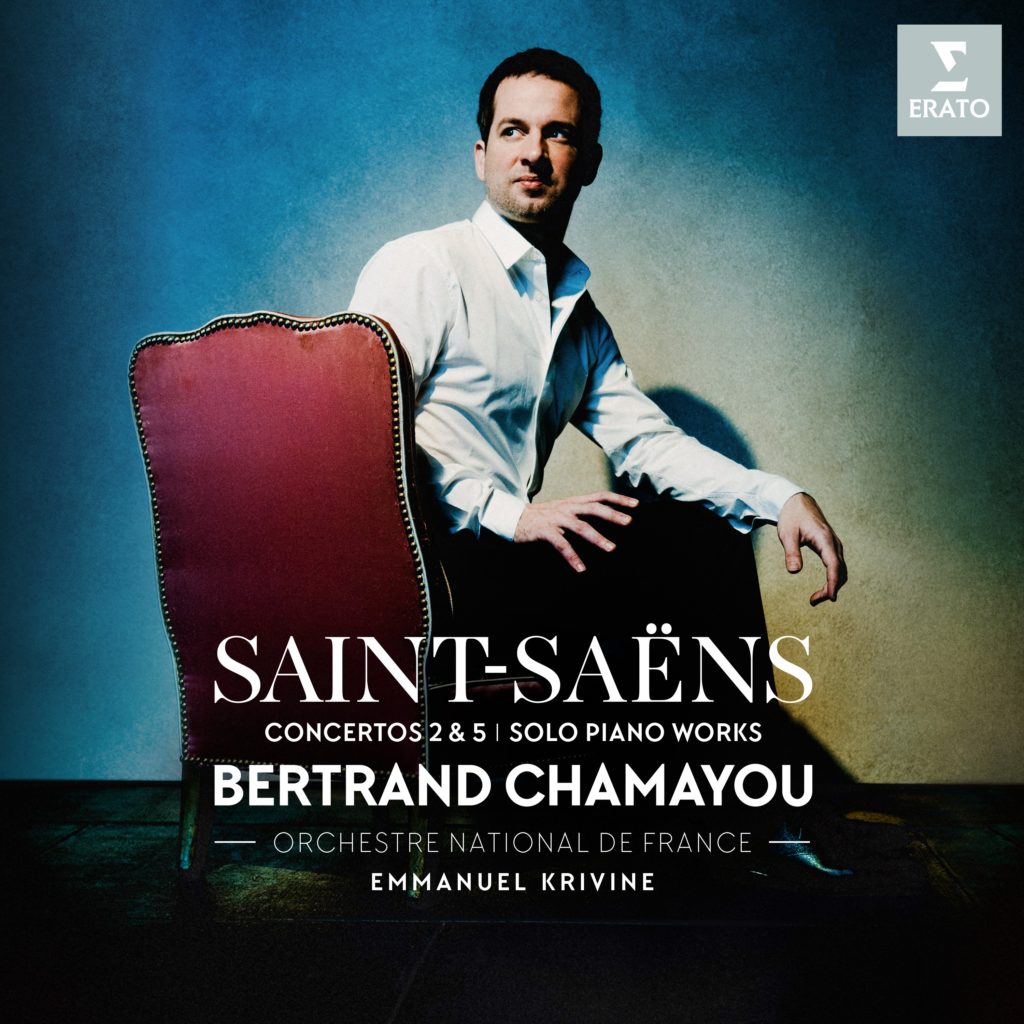 Camille Saint-Saëns lived two decades too long for his own good. His vocal resistance to modernism during those violent years of aesthetic revolution coloured his reputation for the rest of the century as a reactionary relic. Had he died circa 1904 he might have been hailed as France’s greatest composer. As a child prodigy his precocious talent was carefully nurtured, as he matured he embraced the progressive ideas of his time and was admired by Liszt and Berlioz.

Of his five piano concertos only the Second got a foothold in the repertoire but was often sneered at – Stojowski’s “Bach to Offenbach” quip is funny but glib. The other concertos are still a rarity in the concert hall but recent recordings and 21st-century, post-modernist reappraisal are doing their best to rehabilitate them.

Bertrand Chamayou launches the Second Concerto with just the right degree of declamatory weight without edging into pomposity, then the big tune is shaped with the searing intensity of an echt-Listzian. The forward wind balance of the recording reveals details of orchestration and clues as to why Ravel acknowledged his debt to the old master.

The Allegro scherzando is five-and-a-half minutes of perfection; a wonder of elfin articulation. He pulls back just slightly for the second subject – a gentle galumph rather than the usual clod-hopping. The swift but sensible tempo for the tarantella finale allows room for witty repartee usually lost in the whirlwind. The final payoff is a musical Catherine wheel with sparks flying in all directions.

I admit to avoiding the Fifth Concerto for years, put off by the “Egyptian” moniker (not of the composer’s doing) – yes, it was written on holiday in Luxor and uses a Nile boatman’s song in its oriental mish-mash middle movement but it is a charming, witty work with a particular flavour of its own.

Chamayou and Krivine really sell it as a precursor to the sly irony of Poulenc and Milhaud – the cool elegance of the opening is beautifully poised before the tension rises during the agitato passages casting off the conclusion with an insouciant shrug. He is not embarrassed by that middle movement relishing the contrast of big Lisztian gestures with exotic sonorities. The holiday finale is a hoot – the chugging motorboat motor gets up a fine head of steam and made me chortle with delight – the final flourish will have you fling your straw boater in the air.

The disc is rounded out with a selection of seven solo piano works – Les Cloches de Las Palmas again reminding us  of Ravel’s admiration – the etude En forme de valse is dazzling. The recording is splendidly vivid if mastered a little too hot – a cautious volume setting is advised. The illuminating booklet essay by the pianist reveals a formidable intellect – what a fine artist he is.

Going gentle into the good night with a magical piano recital.

Trifonov hops the A Train and not a brief encounter in sight.

Bach and Glass make a pair of interesting musical bedfellows.