British composer Joanna Marsh lives a life of interesting intersections. Born in 1970, since 2007 has divided her time between Dubai and the UK. Intersecting time as well as space, Marsh has a keen interest in Tudor and Elizabethan music, reflected in works written for Sidney Sussex College, Cambridge where she was an organ scholar and later composer in residence from 2015 to 2020. 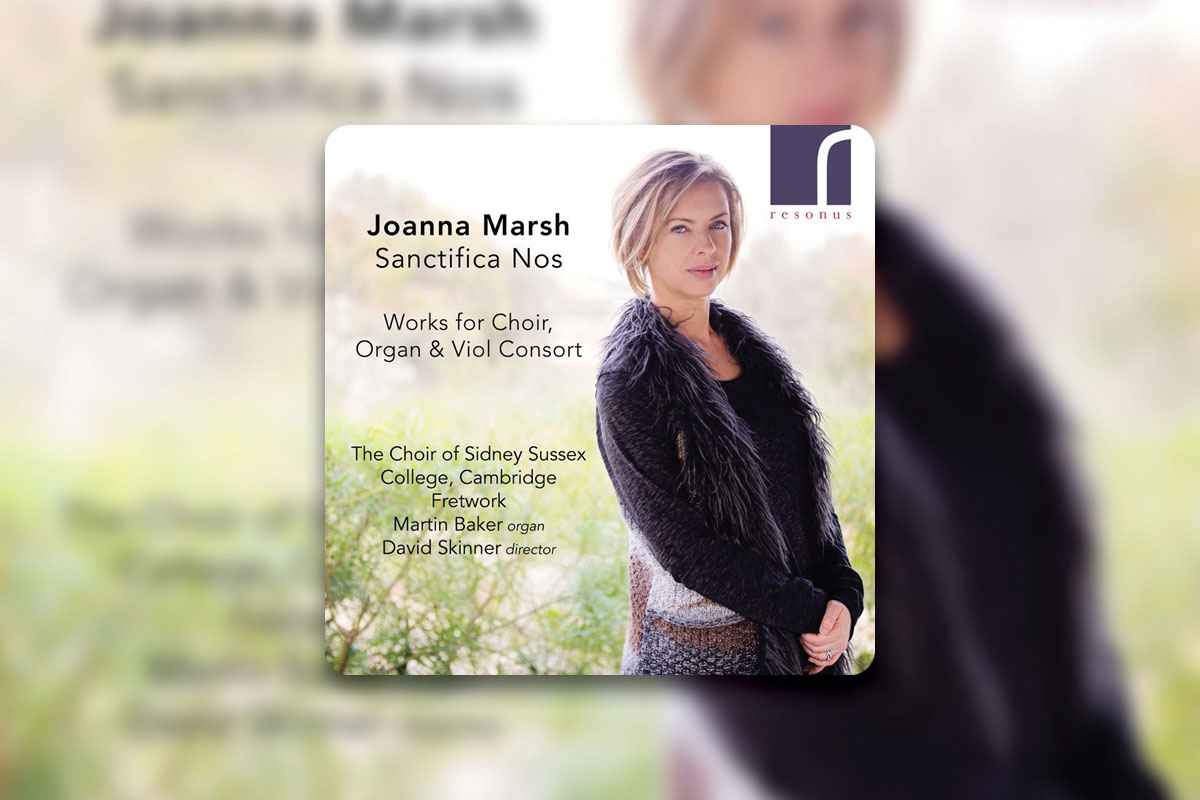 One such work is Martha and Mary, scored for six-part choir and viol consort. Opening with a quote from one of Byrd’s elegies for the college founder Philip Sidney, Marsh contrasts the soft graininess of the viols with carefully spaced vocal groupings to tell the biblical story of the two sisters, her use of dissonance subtly shifting to a more contemporary feel as the work progresses.

A Tudor flavour also permeates the wonderfully evocative St Paul’s Service, a setting of Evensong canticles written for girls’ voices, where echoes of evening services past coalesce with edgier harmonies, creating a cohesive and convincing whole. A later arrangement of the organ part for viols (heard here) only enhances a strong feeling of encountering the past and the present simultaneously.

Beyond Marsh’s interest in early music, her other works display a colourful breadth of expression, as evidenced in the extended anthem Santifica nos or the haunting carol Evergreen. A more modernist voice is revealed in the organ chorale prelude Mensch, willst du leben seliglich, played by Martin Baker and Ottomania for organ and viols.

Fine performance and production values make for a rewarding musical encounter with this distinctive intersection of ancient and modern.

From Ives to Clarke, an intriguing mix of the familiar with the less-so.

A rich aspect of MacMillan’s music opened up in polished performances.

No need to fret with fine performance of Jacobean consorts.

Editor’s Choice, Vocal & Choral – November 2015 “Divorced, beheaded, died, divorced, beheaded survived” – the old schoolroom rhyme is still a good way of recalling the fate of the six colourful women who married Henry VIII. Anne Boleyn, the second wife and the first to get the chop (literally) had quite an interesting life before she came to Henry’s attention. As a maid of honour to Margaret of Austria, a great musical patron, then in the French court of Henry’s sister, Mary and later in that of her stepdaughter, Queen Claude, Anne would have been exposed to a wide variety of musical styles, as well as being given ample opportunity to develop her own musical talents. All the more intriguing then, is a music book kept in London’s Royal College of Music that bears her name. It contains 42 works, both sacred and secular, by a variety of composers. Some are smaller works destined for domestic or devotional settings, while others are grander, liturgical works. David Skinner and his vocal consort (named after the Tudor singer, composer, music copyist and political informant, Petrus Alamire) offer a generous sampling of the book’s diverse contents. What is immediately noticeable is the…

★★★★★ When David Skinner founded his crack vocal ensemble in 2005 he named them after Petrus Alamire; one of those extraordinary figures of the 1500s who turned their hand to whatever might keep them afloat on the turbulent seas of political upheaval and courtly intrigue. An illuminator, scribe and composer-musician seeking safe harbour amongst the various northern-European courts he dabbled in a little espionage on behalf of Henry VIII.  After nine critically acclaimed releases, Skinner’s group now pays tribute to their namesake with this complete performance of Alamire’s finest legacy, the exquisite choirbook he once presented to Henry and is now held in the British Library. A collection of 34 motets celebrating the glories of Flemish polyphony with masterworks by Josquin Desprez, Pierre de la Rue, Jean Mouton, Antoine de Févin and a smattering of fine works of unknown provenance, some of which here receive their first recording.  The choir is superb with impeccable intonation and the ideal timbre for this repertoire, finding the right compromise between modern polish and period tang, maintaining clarity of line with just the right bite in the texture and avoiding the bland results of the overly-blended. Some may crave the raw excitement of Graindelavoix’s…