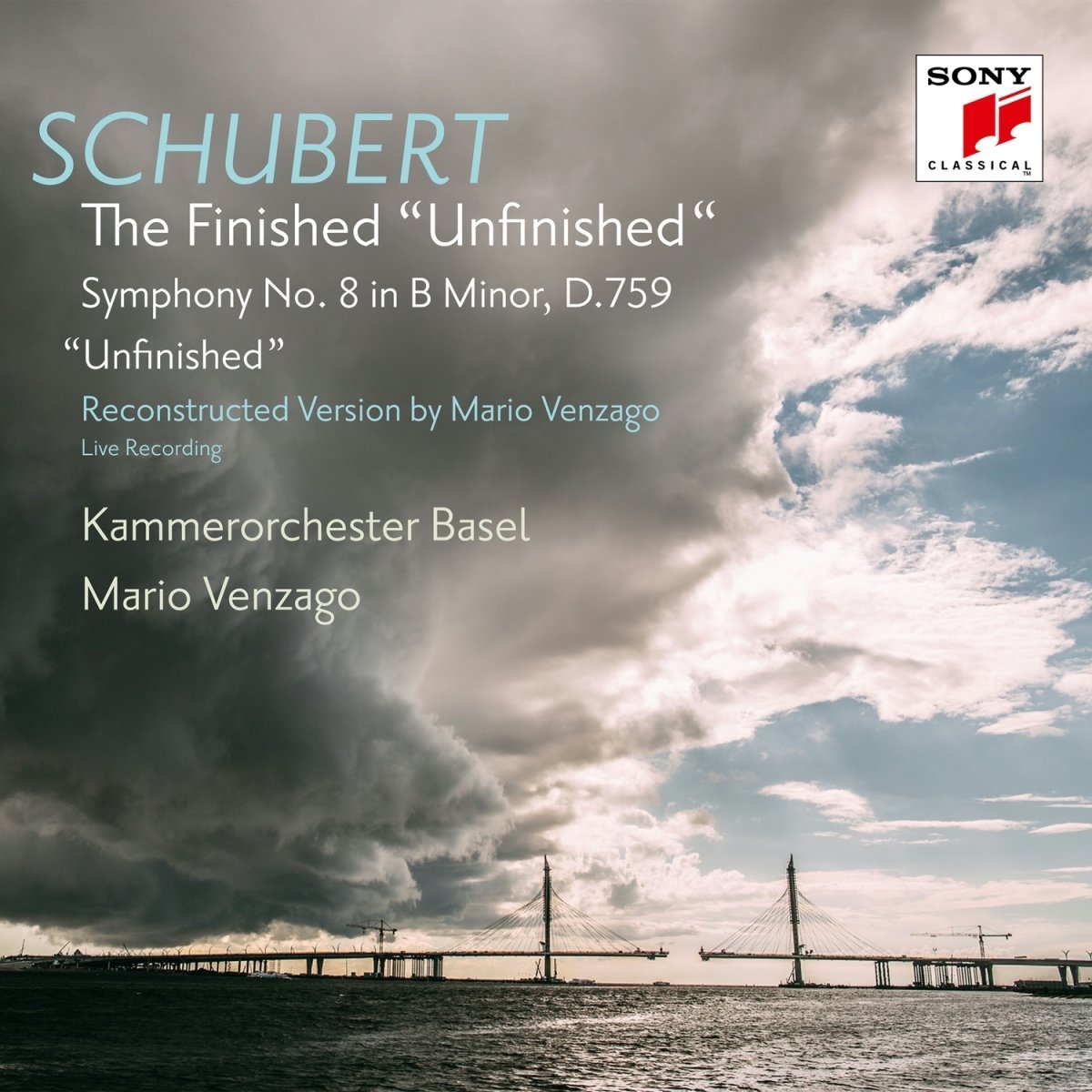 Everyone loves a good mystery, and it’s probably for that reason everyone loves the Unfinished Symphony. Frankly, if Schubert had left us with it complete, the work wouldn’t be half as popular as it is now. But when the serene final chord of that gentle Andante second movement dies away, curiosity quickly takes hold. Where is that elusive second half? Is it lost? Did it ever exist? Many have tried to provide some answers to the enigma, and there is no consensus. Swiss conductor Mario Venzago believes he has the solution. And he’s done what only a few others have dared: to finish the symphony.

In an entertaining though dubious essay, Venzago propounds the theory that Schubert did finish the Unfinished. Venzago proposes that a complete, four-movement symphony was given to Schubert’s friend and leading member of the Graz Music Society, Anselm Hüttenbrenner, but that the composer needed part of it back to reconstitute into his incidental music to Rosamunde. Thus the entire fourth movement, and most of the third movement, was allegedly sent back to Schubert, and somehow lost.

It’s an interesting theory and there is a group of musicologists who suggest Rosamunde’s B Minor Entr’acte might have resulted from sketches originally intended for the last movement of the Unfinished Symphony. Venzago’s re-workings of the Rosamunde music do at least give the Symphony the final bang it deserves. And the Scherzo does exist largely in short score form, so Venzago’s orchestrated version slots in without drawing too much attention to itself.

In terms of the actual performance, the Kammerorchester Basel are very much en pointe. The ensemble’s period sound comes across clean and fresh, with a bright edge that’s particularly fine at the bolder dynamic range. Venzago takes the opening movement faster than most, making for a thrilling result. And the second movement is sweet and nicely shaped.

Venzago’s Scherzo is punchy, if perhaps a bit slow, revealing the lack of melodic invention in Schubert’s original sketches. The Swiss conductor has done some interesting work turning the Rosamunde material into a Rondo Finale. Operatic melodrama pervades the music at every turn, and Venzago’s decision to recall the first movement’s dark, Byronic opening theme before the finale’s conclusion, while not “Schubertian”, as Venzago admits, does tie it all together rather well.

It’s a recording that will leave you pondering if this might be the solution to one of classical music’s favourite riddles.