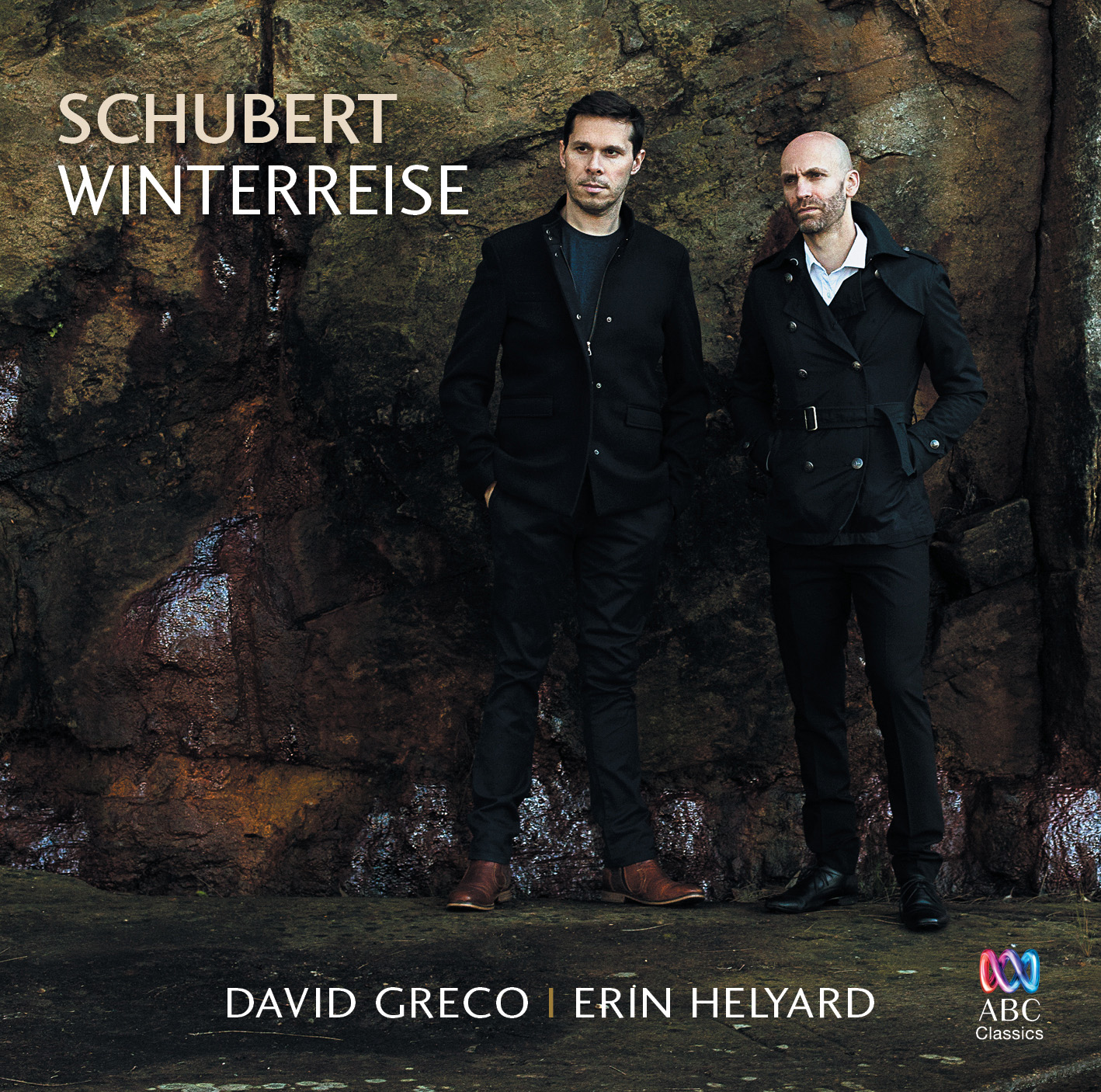 With so many landmark recordings of Schubert’s greatest song cycle, Winterreise, how can anything new be said? Well, one answer is to go back to the source, try to slough off the “skin” the work has assumed from all those wonderful recordings by Dietrich Fischer-Dieskau, Hermann Prey and more recently a new generation of superb singers and try to recreate it as Schubert would have expected.

To do this, Australian duo baritone David Greco and keyboardist Erin Helyard have slipped back 200 years using a fortepiano after Anton Graf (c 1817) from the Melbourne Conservatorium, where Helyard is a lecturer, and employing vocal techniques gleaned from early recordings of Schubert’s songs.

Winterreise is such a bleak journey that it still has the power to shock today. When in 1824, with the symptoms of syphilis beginning to worsen, Schubert ran through the 24 settings of Wilhelm Müller’s poems for his friends they were shocked. “These songs please me more than all the rest, and in time they will please you as well,” he told them.

So how does this historically informed performance measure up? Extremely well. The ear does have to make an adjustment to the fortepiano, which has several extras for special effects, including a “bassoon” stop, but once acclimatised Greco’s light and lithe timbre, expressive and sweet but still with plenty of emotional clout, sits very well with the gentler dynamic of the fortepiano. Helyard’s playing is exemplary. Tempos are fairly brisk – the disc comes in at 69 minutes compared with Dietrich Fischer-Dieskau (71) or Christa Ludwig’s Mahlerian 75 minutes. Production is intimate to capture all the nuances.

Greco has worked extensively in Germany so the text feels natural to him. He has researched early recordings including those of Gustav Walter, who was born only six years after Schubert’s death, and who used rubato, slowing or speeding up the rhythm of the vocal line while the accompaniment remains steady, for “emphasis, energy and pathos”.

Greco’s rubato is subtle, as is his use of portamento when the singer slides between registers to stress, for example, suspense. One of the best examples of Greco’s use of both of these devices comes in Wasserflut with the lines “Just follow my tears: their stream will soon carry you away”.

This recording may not end up the definitive choice of all Lieder enthusiasts, but Greco and Helyard make a persuasive case for a different take on a deathless masterpiece.