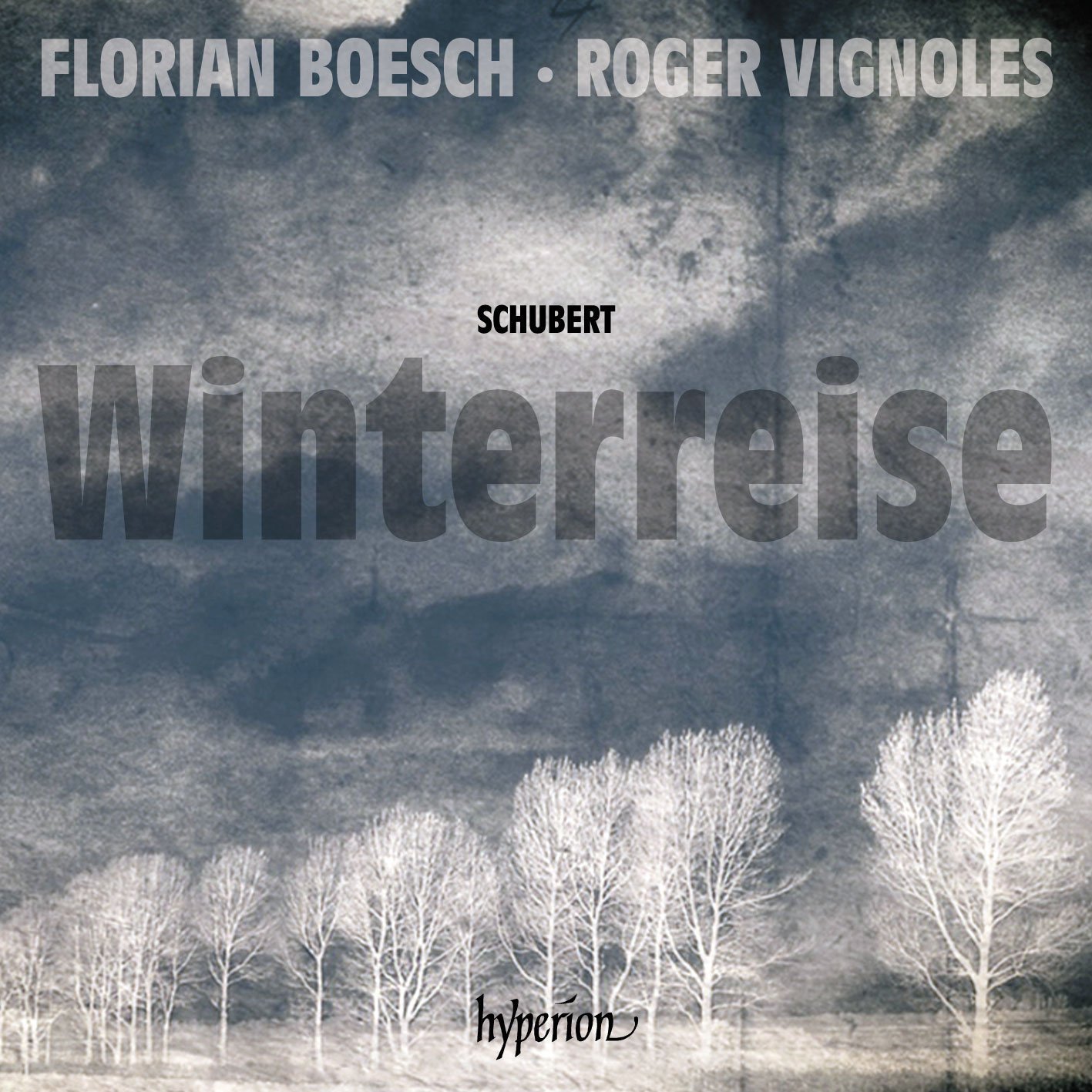 Austrian baritone Florian Boesch drew unanimous praise for his searing recording of Schubert’s Winterreise with Malcolm Martineau on the Onyx label in 2011. Now, six years later for Hyperion, he is back with his other English accompanist of choice, Roger Vignoles, for another attempt on Lieder’s Everest.

In the intervening years Boesch’s golden timbre has become rounder and warmer, and this is reflected in the closer sound production. This is perhaps a more reflective recording, less edge of the seat than the earlier collection, and Boesch seems to have eked out even more subtleties and nuances from the text. Take for example the build up from the sweetest sotto voce to the powerful edge in Frozen Tears when they “burst from the wellspring” as if to “melt the entire winter’s ice!” The quietly trudging opening, Good Night, conveys all the alienation of the stranger taking leave of the girl who has rejected him – is she real, or a delusion? Boesch is a master of conveying the internal psychological disintegration of this tragic hero and he and Vignoles work off each other superbly.

It comes down to personal choice as to whether you prefer this chemistry to the undoubted special mix of Boesch and Martineau. With several top shelf Winterreises competing for your dollar, Boesch makes a very strong case for you to buy one, if not two of his offerings. The hope is the duo will complete the cycle with Die Schöne Müllerin and Schwanengesang.

Delight and insights abound in this quietly compelling performance.