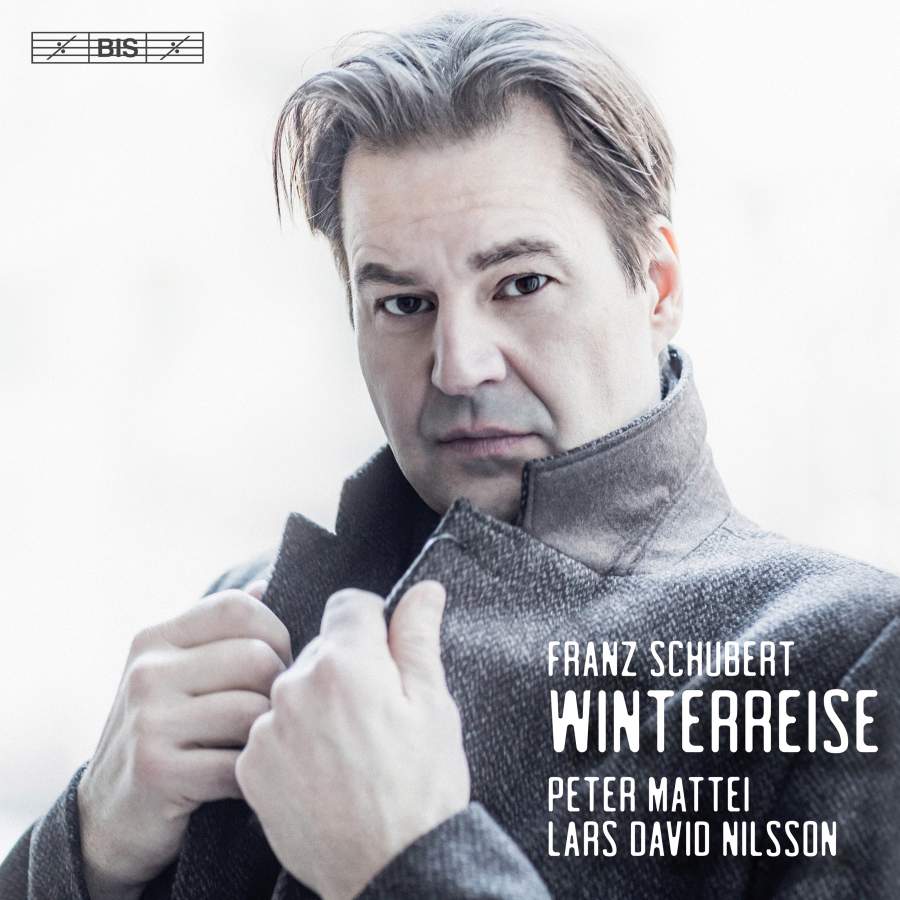 On first listen, Peter Mattei’s broad, rather straightforward reading of Gute Nacht suggests a Winterreise of limited scope. But a closer listen yields singular treasures, shoring up his reputation as an artist of considerable imagination and insight. The Swedish baritone’s more forthright reading of Schubert’s opening salvo presents an individual fighting hard to conceal his emotions – it sounds as if he’s clinging furiously to narrative’s ability to tidy away the more unruly, raw aspects of his past. But cracks appear in the final stanzas, Mattei’s phrasing taking on a more sombre, mournful quality. The studied soberness may desert him just a touch, but it’s enough to suggest the extent of the speaker’s mental anguish.

For some, the sheer loveliness of Mattei’s timbre will be enough, its velvety, mellow quality paired with a seamless legato. But the considered individuality of his approach makes this a Winterreise well-nigh indispensable, demonstrating music making of the highest order. The restraint established in Gute Nacht might prime listeners to expect a cooler reading of Die Wetterfahne, but Mattei seems to delight in wrongfooting his audience. It bristles with rage instead, traces of sardonic bitterness becoming more and more pronounced until the baritone almost spits out “Ihr Kind ist eine reiche Braut”, making “reiche Braut” (rich bride) sound like a nasty epithet.

The wonder of Mattei’s Winterreise is how well he’s able to deliver both perfectly sculpted, individual masterpieces as well as large-scale architecture. Every song is intelligently conceived, but without the overbearing gravity of purpose that can render this work ultimately, and counterintuitively, a tad inert. Rather, the baritone is able to impart a visceral, immediate quality to Schubert’s song cycle that makes you hear it anew.

Take for example Die Post, where Mattei makes you aware of both a man’s excitement at the prospect of receiving a letter from his beloved as well as his sense of not being worth such a thing. It’s a portrait of someone who has convinced themselves they’ve finally closed up their heart, only to be flooded with feelings of hope and longing once again. Or listen to Das Wirsthaus, in which the narrator seems to realise he is now finally spent, devoid of fight. Mattei’s stark, almost terse delivery becomes overwhelming.

Pianist Lars David Nilsson is similarly expressive, revelling in the thundering bass of the frigid wind in Der Lindenbaum and evoking with panache the barking dogs and rattling chains of Im Dorfe. Recommended without reservation.