A few years ago ABC listeners chose Schubert’s ‘Trout’ quintet as their favourite chamber music work, and second in their top 100 came his String Quintet. On a personal note it was the first chamber music work I bought back in the day of long playing vinyls, an old 1950s mono recording of the Amadeus Quartet with cellist William Pleeth, which I almost wore out. 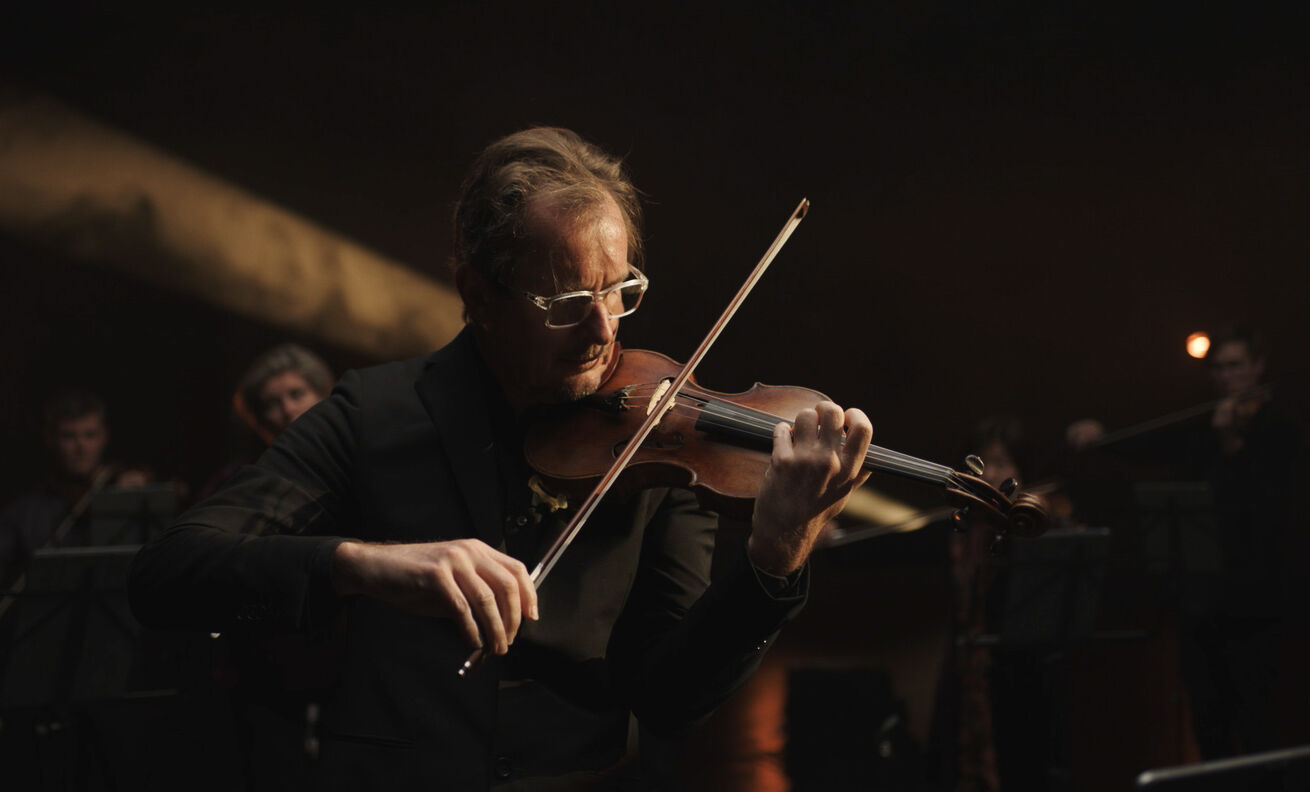 Since then I have heard numerous live and recorded versions of what many believe to be the pinnacle of chamber music composition – Beethoven’s late quartets notwithstanding – but few have come close, either technically or artistically, to an emotionally charged concert by the Australian Chamber Orchestra earlier this year.

Led by Richard Tognetti, with Helena Rathbone’s second violin fitting like a much-loved glove and wonderful playing from violist Stefanie Farrands and the twin cellos of Timo-Veikko Valve and Melissa Barnard, this was one of those performances that live long in the memory, made all the more special because it marked the ACO’s return to the live stage – albeit but briefly.

Now the five core members can be seen and heard in the ACO’s latest in their excellent StudioCast series. Sadly the film does not include Beethoven’s Op. 104 quintet which was paired with the Schubert in the concert. But no matter, for this beautifully shot and recorded video directed by Matisse Ruby and filmed inside the new cutting-edge Phoenix Central Park in Chippendale is an hour-long slice of heaven.

The panelled auditorium is warmly lit for the symphonic first movement and the opening part of the Adagio, but then switches to brutalist concrete walls and electric blue light for the second movement’s restless turn. Brick walls, piping and unforgiving fluorescent lights radiating like wheel spokes above the players emphasise the music’s drive and urgency. And then it is back to the subtly lit concert hall for the concluding reprise of the slow section.

Swinging shafts of light accompany the Scherzo like sun bursting through storm clouds and for the unbuttoned Hungarian rhythms of the Allegretto Ruby and Director of Photography Tyson Perkins choose dancing orange lights.

Faultless playing, panache and precise attack are all a feature of this performance. You hear every bow stroke and Recording Producer Bernard Rofe’s turbo-charged sound means that each player’s contribution is magnified, but not so much as to be overwhelming. You hear the mastery of Schubert’s writing in close up.

Tempos are just right – most listeners want the Adagio to never end, but Tognetti resists milking it, opting for delicate nuance underpinned by Barnard’s plucked bassline. Throughout the 50-plus minutes the five breathe as one and the camera captures in close-up their facial expressions and attention to detail.

One of the best descriptions of this great work comes from the liner notes of the Ebene Quartet’s recording: “It is a quintet reflecting both real life and dreams, the sacred and the profane, joy and mourning, revelry in the open air and monks walking to prayer through the cloisters, jubilation in the tavern, and testament of the soul.”

All of that, and more, comes out in this superbly felt and finely judged performance.

On Air & Online: Radio and streaming in April 2021

The ACO rescues a beautifully constructed program of Soviet music from the ashes of 2020.