I must confess, I’ve always found the sort of music on this CD very difficult to absorb, through absolutely no fault of its own, I hasten to add. It’s easier to assimilate the bizarre incongruities and, for some listeners at least, the longueurs of a Bruckner or Mahler symphony than the Whitmanesque “multitudes” of what I used to regard as Schumann’s meandering ruminations and kaleidoscopic mood swings. Hough is one of those artists who are barely capable of producing a dud note, let alone anything longer and I found that for a recent convert to this musical milieu, Hough is probably the ideal mentor. 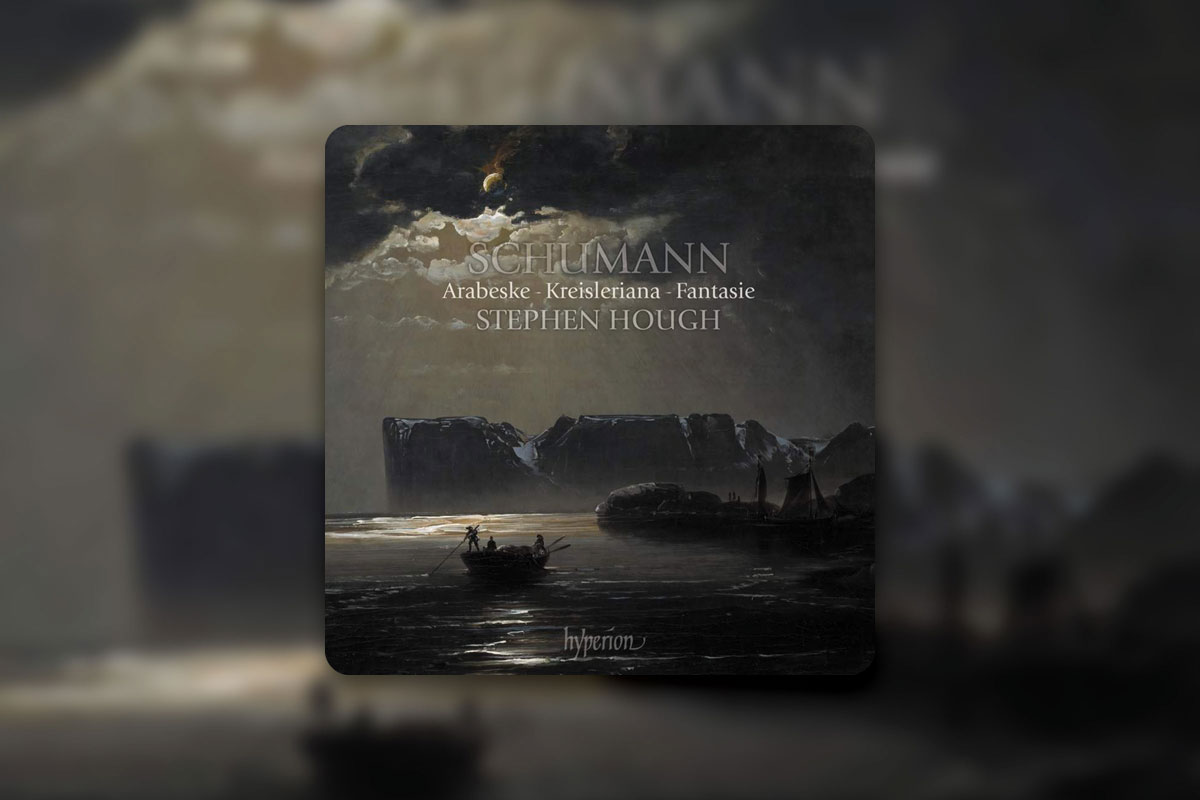 All three works here were composed at a particularly turbulent period of Schumann’s life (even by his extreme standards) tortured by his traditional demons with the additional and apparently doomed love for Clara Wieck. I mean it as the highest form of compliment and hope that it’s not drawing too long a bow to say that that Hough’s reaction to this often-extreme music is similar to that of Bernard Haitink in...