Taking our seats for Scott Silven’s show Wonders, I’m surprised to see that the stage looks like the set of an old-fashioned play. When the Scottish-born New York-based mentalist appears, he tells us that it is based on his grandfather’s study in the attic of his Scottish home, where Silven loved to spend time as a child, describing it as “a cave of delights”. 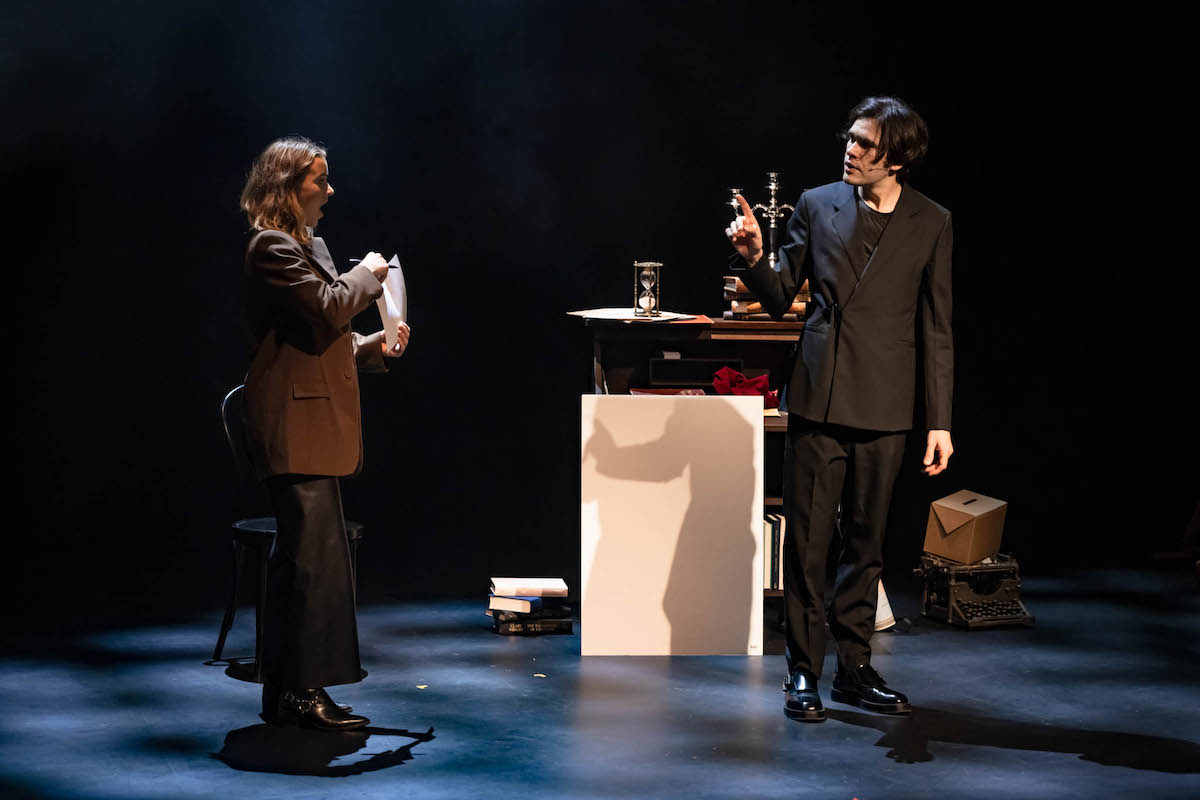 Settling in, he tells us about the strange games he used to play there, like closing his eyes at dusk and trying to count down exactly to the moment of darkness without looking, and how he gradually began to discover his ability to make mysterious mental connections with the world around him.

He tells us that tonight he is going to unlock our imaginations and open up our minds.

Storytelling is the backbone of Silven’s show. Audience participation is essential to what he does, and it is his skill as a laidback storyteller that relaxes us and welcomes us into his world as willing participants. Dressed in a stylish black suit, a floppy fringe framing his face, he is a charming host with a beguiling Scottish lilt, and the Sydney opening night audience was very happy to go on the journey with him.

People tell him about the secret places they visited as children and about their treasured possessions, details of which will later appear in unexpected places. They throw balls to each other and read from magazines. We all fold our hands, doing exactly what he asks us to do, until only he can do it and we are all laughing at our own entanglement. We write on pieces of paper and pass them along the row, we tear up bits of a world map, while a lady on stage is astonished to find that she has drawn on the place she was thinking of. A bag descends from above. In it is a word a lady has written down, and also a necklace with initials I feel sure she hadn’t mentioned. These and many other mentalist feats unfold during the course of the show. Revealing any more details would spoil things for the audience.

Silven’s mind-bending illusions come at you gently, then astonish you. Is he able to read minds? Is he employing mental tricks? Does he have people backstage planting things? Who knows. However he does it, it’s baffling, hugely entertaining, brilliantly done and performed with effortless ease. Whether you believe or don’t, Wonders will keep you wondering – and that is its wonderful charm.

This live cinema experience about the loss of the video store is an original feat of Australian independent theatre, thoughtful and affecting.

The legendary duo charm the audience with their mix of routines, old and new, while reminding us that what they do is not magic but a trick.