When Andrew Litton first conducted the Singapore Symphony Orchestra, back in 2013, Shostakovich’s Fifth Symphony was on their music stands. It was a good match all round. Four years’ later the American became the ensemble’s principal guest conductor, and now they’re releasing their first SACD recording together, on BIS, the Swedish label for whom both parties already recorded. 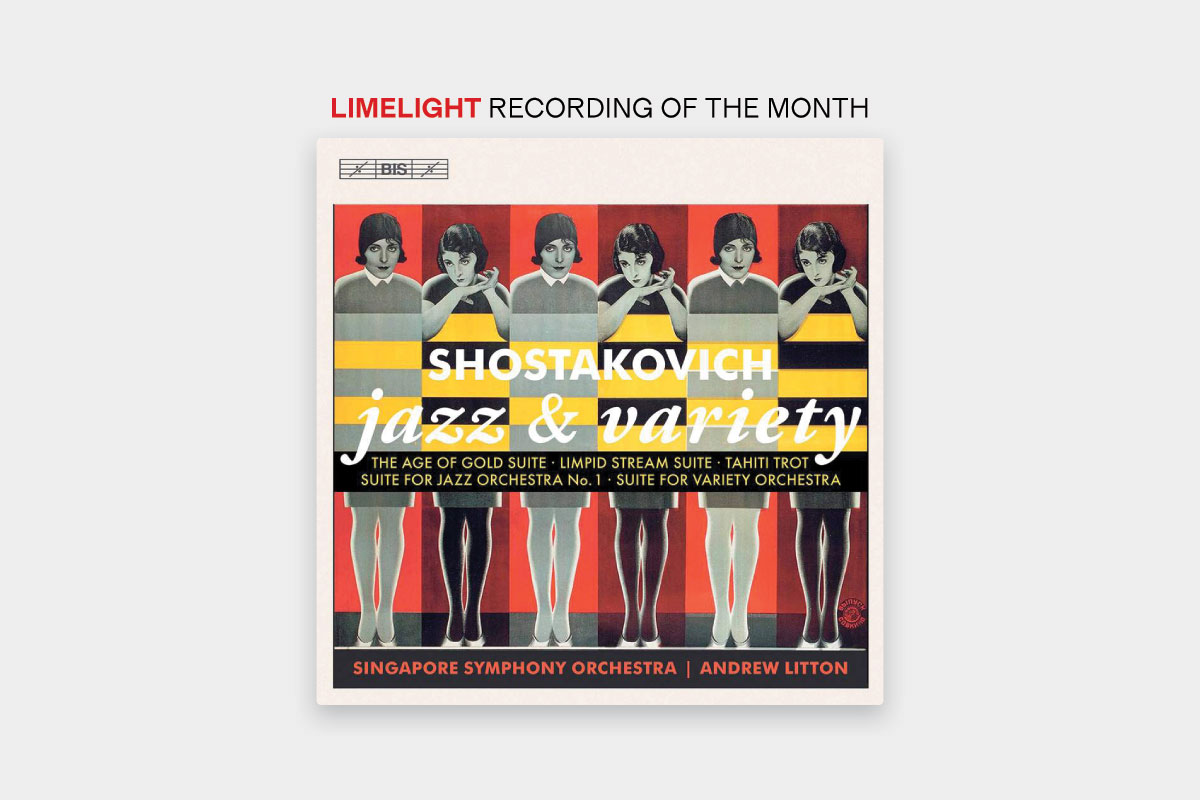 No prizes for guessing who’s featured on the disc. It had to be Shostakovich. But this thoughtfully curated program, captured in 2019 at the Esplanade Concert Hall, Singapore, explores a side of the Russian composer that’s been rarely recorded. The title sums it up as ‘jazz and variety’: think the lighter side of Shostakovich. Across four suites, we dance into the worlds of café culture, Soviet agriculture, film scores and a football ballet (yes, really), making this disc delightfully varied to listen to.

First up is the Suite for Jazz Orchestra No 1 (1934), which although it plays fast and loose with the term ‘jazz’, sees Shostakovich exploring decidedly different emotional territory to his symphonies. Litton himself is the pianist for the band – and it definitely is a band rather than an orchestra, echoing 1920s German cabaret and Kurt Weill. The dance rhythms – waltz, polka, foxtrot – are utterly clear, every solo has space to shine, and the music often raises a smile. Relish, above all, the constantly changing instrumental colours: perky xylophone, blusey saxophones and the striking timbre of the Hawaiian guitar. The elegant playing is echoed in the more ambitious Suite for Variety Orchestra – once mislabelled the Jazz Suite No 2 – which marches off in jaunty style, leading to a delicious string of dances.

Throughout, the Singaporeans play with clarity and grace – these are fine performances on that front. But much has been written about the ironic aspects and hidden meanings in Shostakovich’s symphonies, yet this so-called light music can also be wonderfully deceptive. The Suite for Jazz Orchestra No 1, for instance, was written for a competition designed to make jazz ‘respectable’. His ballet The Limpid Stream was denounced by Prvada for ‘ballet falsity’ for its provocations, while The Golden Age contrasts two cultures, wryly described by Shostakovich: “The Western European dances breathe the spirit of depraved eroticism which is characteristic of contemporary bourgeois culture, but I tried to imbue the Soviet dances with the wholesome elements of sport and physical culture.” There are fine lines to be trodden between parody, satire, and authenticity, between lightness and seriousness.

Litton plays it straight throughout – and whether that appeals or not is a personal choice. In their Jazz Suite recordings, Riccardo Chailly and his Concertgebouw musicians indulge in more rubato and more freedom. There’s a greater sense of joie de vivre, a knowing raised eyebrow twinned with a heartfelt smile. But Litton gets results elsewhere. Take The Golden Age Suite, filleted from Shostakovich’s first ballet to a scenario by film-maker Alexander Ivanovsky, tracing a Soviet football team’s visit to the decadent west. His seriousness of purpose suits, say, the second movement Adagio, which begins with balletic string gestures and soon develops into brooding and powerful music. Or head to The Limpid Stream Suite, where the extended cello solo in the Adagio is pure eloquence, and there’s a welcome deftness in the Gallop and Pizzicato movements.

There’s just one more piece to mention: Shostakovich’s arrangement of the famous Tea for Two, which he entitled Tahiti Trot and wrote out by ear in under an hour, so the story goes. It rounds off the recording here, placing a full-stop at the end of an enjoyable and worthwhile program.