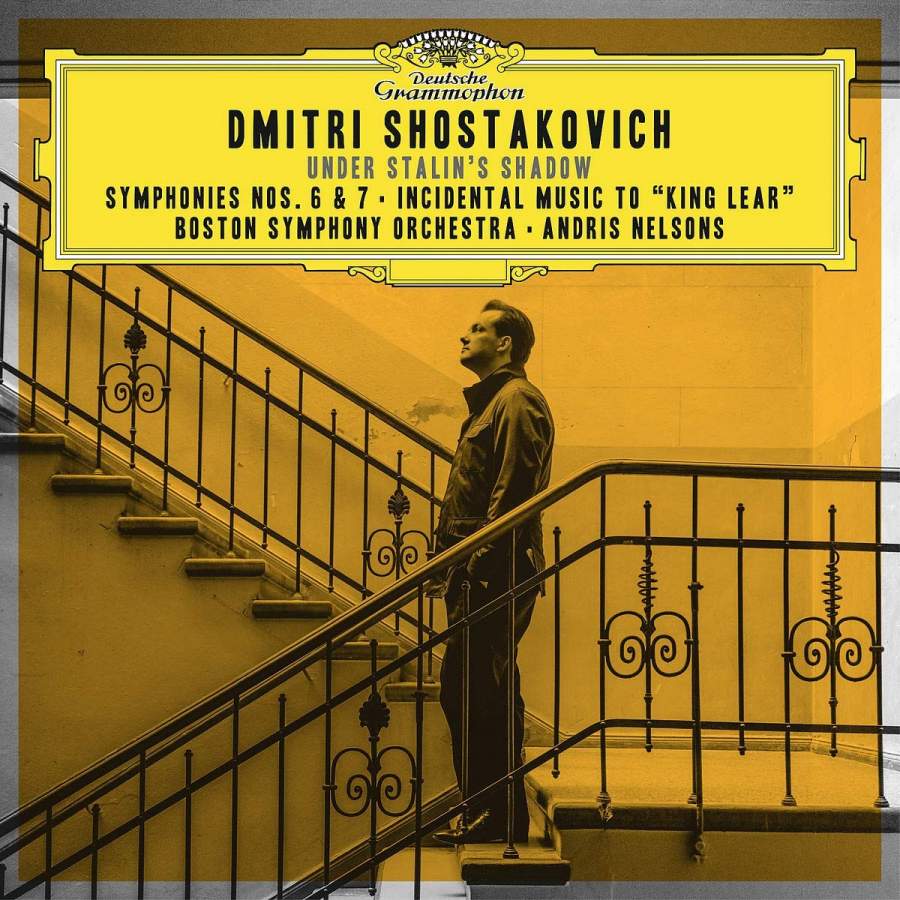 These two recordings add lustre to Andris Nelsons’ already impressive Shostakovich cycle. The Sixth, is, even by the composer’s standards, bipolar. No one does bleakness like Shostakovich and the substantial and profound First Movement Largo, (longer than the rest of the work combined) in Nelsons’ interpretation, is a grim trudge, much like the opening movements of the Eighth and the Tenth Symphonies. In the subsequent movements Shostakovich resorts to his familiar hilarity (forced or otherwise) and burlesque mode, with the occasional flash of tension to remind us just how quickly things could change in Stalin’s Russia. Nelsons and his forces are superbly alive to every nuance.

I’ve always been ambivalent about the Seventh Symphony, thinking it overlong, overloud and overkill. Perversely, my favourite version has always been Bernstein’s Chicago epic, at 85’ by far the longest and slowest (versus Nelsons’ 78’). Shostakovich once quipped gnomically that it was actually Stalin who destroyed Leningrad: Hitler merely finished it off. The opening is impressive and, despite the usual feeling of banality, the slow crescendo and the orchestration of the Bolero/Merry Widow ‘earworm’ theme is still a stroke of creative genius in describing the horrors of totalitarianism. The solo playing, luminous throughout, but especially here, was enough to make me re-evaluate my opinion of this work.

After the climax and the haunting snare drum duet, the rest of the symphony is inevitably something of an anti-climax, but the Second Movement showcases more peerless playing from oboe, cor anglais, xylophone and trumpet. Likewise, in the Third Movement, which is a threnody dominated by strings, woodwinds and horns. The Final Movement follows attacca, and it’s here the BSO displays its power as well as sublime finesse and detail in the “ultimate triumph of the human spirit” finale. Nelson’s interpretative insights and the playing of his orchestra make this recording a triumph of music making.

Hollywood did exotic better than Khachaturian, but no one does horror like Shostakovich.