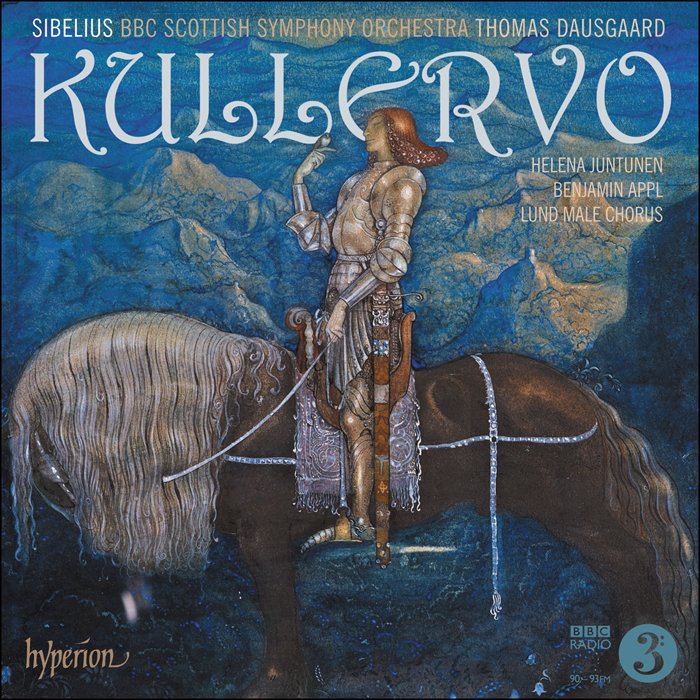 Sibelius’s teacher Robert Fuchs described Kullervo – the young composer’s foray into one of the darkest episodes of Finland’s Kalevala – as “barbaric and raw”. There’s certainty plenty of barbarism on show here from Thomas Dausgaard and the BBC Scottish Symphony Orchestra, who carve a boldly coloured and pleasingly rough-hewn path through this uneven early work.

Kullervo tells the story of a young, angry warrior who, having failed to seduce two women, forces himself on a third. When it turns out that she is his sister, she commits suicide and he, after destroying his whole tribe, follows suit. It’s an unremittingly dark story told across five sprawling movements, but one that has all the hallmarks of mature Sibelius to come.

The brass writing – bursting dazzlingly into the ear at the start of the second movement and hubristically joyful at the close of the third – here sit just the right side of brash. If strings lack the oaken depth Vänska draws from Minnesota, they have a folky brightness that’s amplified by the lively, forward recording acoustic.

Dausgaard’s storytelling isn’t subtle, but then neither is Kullervo, and his urgent speeds and dramatic pauses coupled with wonderfully vivid contributions from the Lund Male Chorus, soprano Helena Juntunen and baritone Benjamin Appl make for an exhilarating narrative.

Fine performances from all concerned, but not temperamental enough.

What new can be offered these days in the ways of Schubert symphonies? Here we have his three middle symphonies, all wonderful, all recorded a zillion times. I came to the third symphony in the 60s through Beecham and his glorious Royal Philharmonic Orchestra. The music danced as light as a feather; by contrast, Dausgaard’s approach is punchy and masculine. This heavier approach is particularly appropriate to the Fourth, known as ‘The Tragic’ (Schubert’s Sturm und Drang symphony). The Fifth is noted for its lighter sound as it doesn’t use trumpets, tympani or even clarinets. The catalogue is knee deep in performances of this elegant work, usually regarded as a child of Mozart, whom Schubert worshipped. Dausgaard takes a genial approach compared tohiswaywith3and4.Iran comparisons with Mackerras (Orchestra of the Age of Enlightenment), which I found curiously heavy handed. He gets better results with the ACO on the Omega label. Beecham and Bruno Walter’s recordings from the 60s are even heavier; but then both were using full old fashioned bands. The splendid Swedish orchestra has been directed for 17 of its 19 years by Dausgaard. It employs contemporary instruments, but draws down on period performance practice. The recorded sound is healthy – not too…