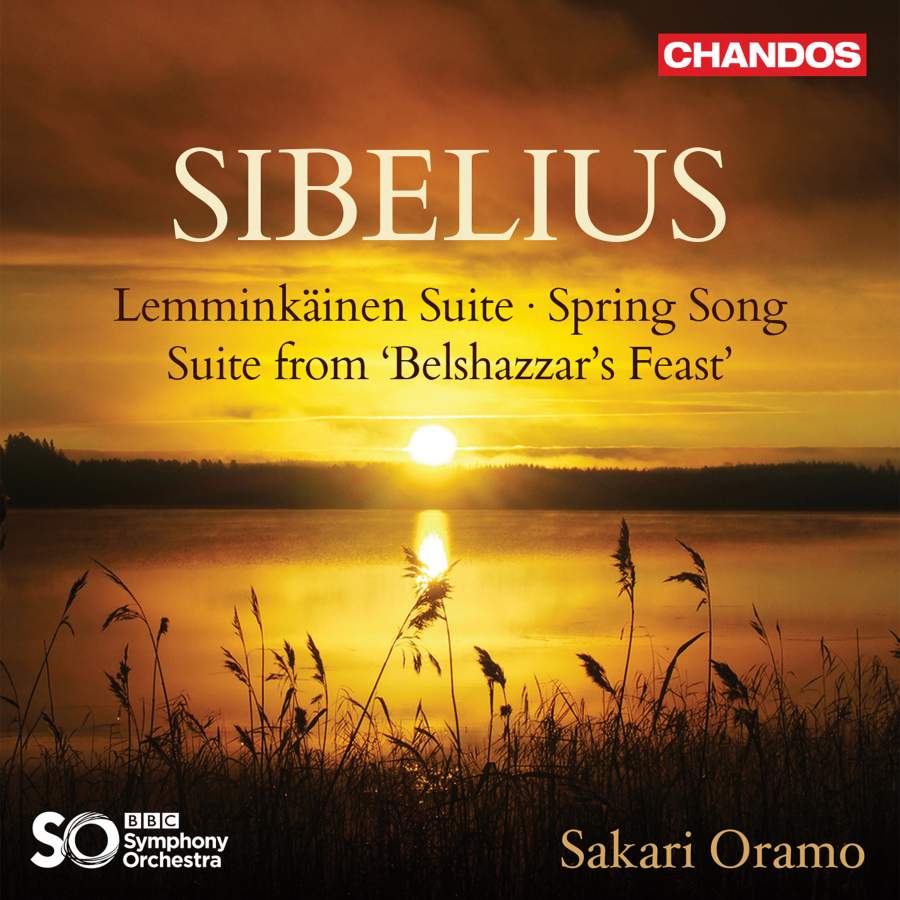 Finnish maestro Sakari Oramo completed his Sibelius symphony cycle with the City of Birmingham Symphony Orchestra more than 15 years ago, so this new release on Chandos with his (relatively) new band, the BBC Symphony Orchestra, represents a return to roots.

Oramo opens with the early Lemminkäinen Suite, Op. 22, composed in the mid 1890s (though revised many times), and inspired by the epic Kalevala. He coaxes colour and detail from the orchestra in these performances, right from the opening horns that plunge us into the heart of Finnish mythology. The delicate, mysterious strings of the first movement give way to brilliantly rendered folk-dance festivity and passionate string music, as Sibelius paints Lemminkäinen’s arrival at an unknown island where he sets about seducing the thousands of local women, before the men return to chase him off.

The fervid strings and escalating drama of Lemminkäinen in Tuonela – the land of the dead, where the hero’s mission to kill the mythical Swan is cut short by the vengeance of a blind cowherd (before he’s resurrected by his mother) – are thrillingly done. Orama takes the order of the central movements from the work’s first performance, rather than the published score, with the famous Swan of Tuonela in third place. This decision makes less narrative sense (Sibelius played fast and loose with the story anyway) but in Orama’s hands it gives the suite a persuasive musical arc. Appearing as a kind of dream sequence following Lemminkäinen’s death, Oramo’s Swan is more subtly shaded than Leif Segerstam’s weightier reading with the Helsinki Philharmonic on Ondine. It’s ethereal and transparent compared with the brooding, almost violent, depth of the Segerstam, while the dark cor anglais solo from Alison Teale is exquisitely otherworldly, aloof and unknowable.

A lot happened between when Sibelius began Lemminkäinen and when he wrote his incidental music for the play Belshazzar’s Feast in 1906 – from which he extracted his Op. 51 orchestral suite – including the tragic death of his daughter, the composition of his first two symphonies and Finlandia. The luminous colours Oramo produces in the Lemminkäinen Suite are rendered even more vividly here, particularly in the percussive Exoticism of the ‘Oriental’ march that opens the suite. Subtle renditions of the tranquil central movements, Solitude and Nocturne, come up best, however – hear Michael Cox’s gorgeous flute solo in the Nocturne.

Between the larger works, Spring Song (written during Lemminkäinen) makes for a fine palate cleanser.