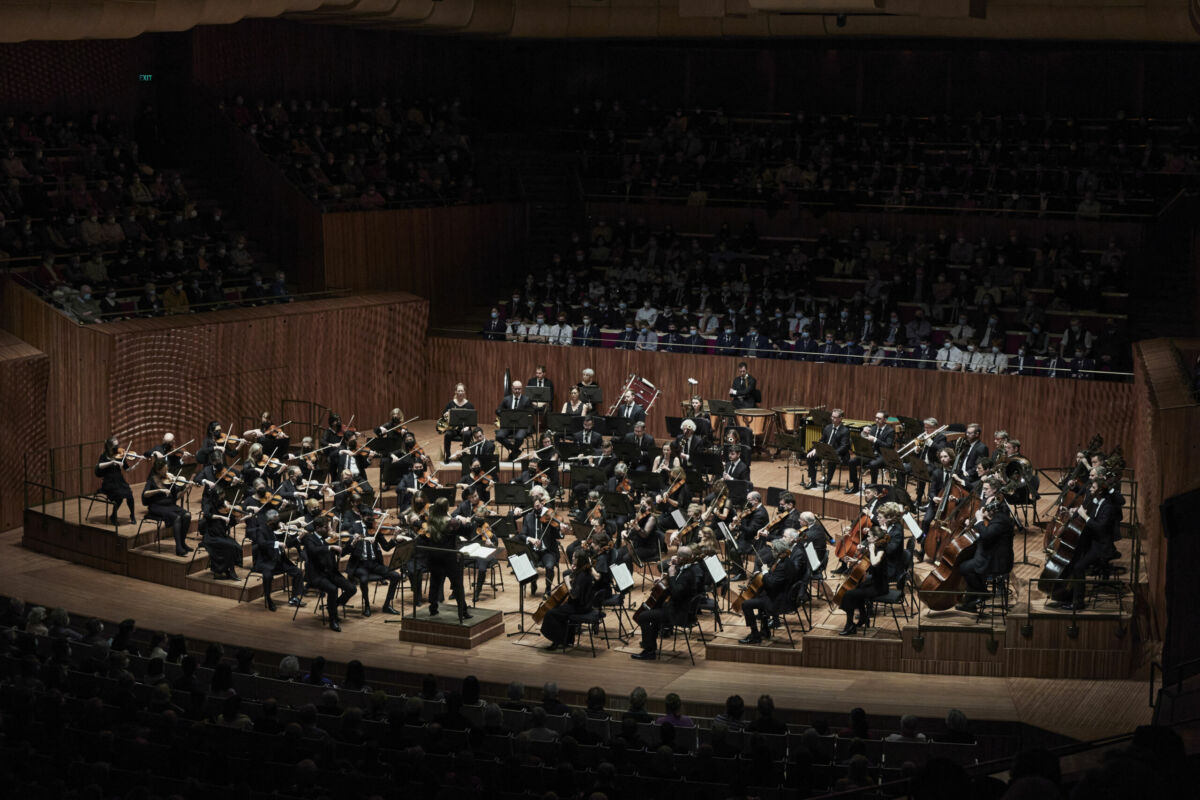 Hilary Hahn was technically flawless in Prokofiev’s First Violin Concerto, composed in 1917 around the time of the Classical Symphony. Hahn showcased the felicities of this kaleidoscopic work with infinite finesse and imagination: the sly humour, the charming often tender lyricism. This is Prokofiev more in jeu d’esprit mode than enfant terrible tantrum, but there’s still plenty of passages of trenchant virtuosity, what one commentator described as “grit in Prokofiev’s oyster”. The SSO’s contribution was equally fine: at the end of the first movement they produced a shimmering effect like “shot” silk.  In the second movement it’s interesting that where Maxim Vengerov in his 1995 recording follows Prokofiev’s instruction to play the passage on the bridge con tutta forza, with the result that pitch is at times endangered, Hahn avoided the tonal precipice. The perilous double stopping passages are dispatched without ever sounding perfunctory. At the end of the first movement, one over-enthusiastic audience member spontaneously shouted “Brilliant”, which produced a guffaw from the audience and a gracious bow from the soloist. 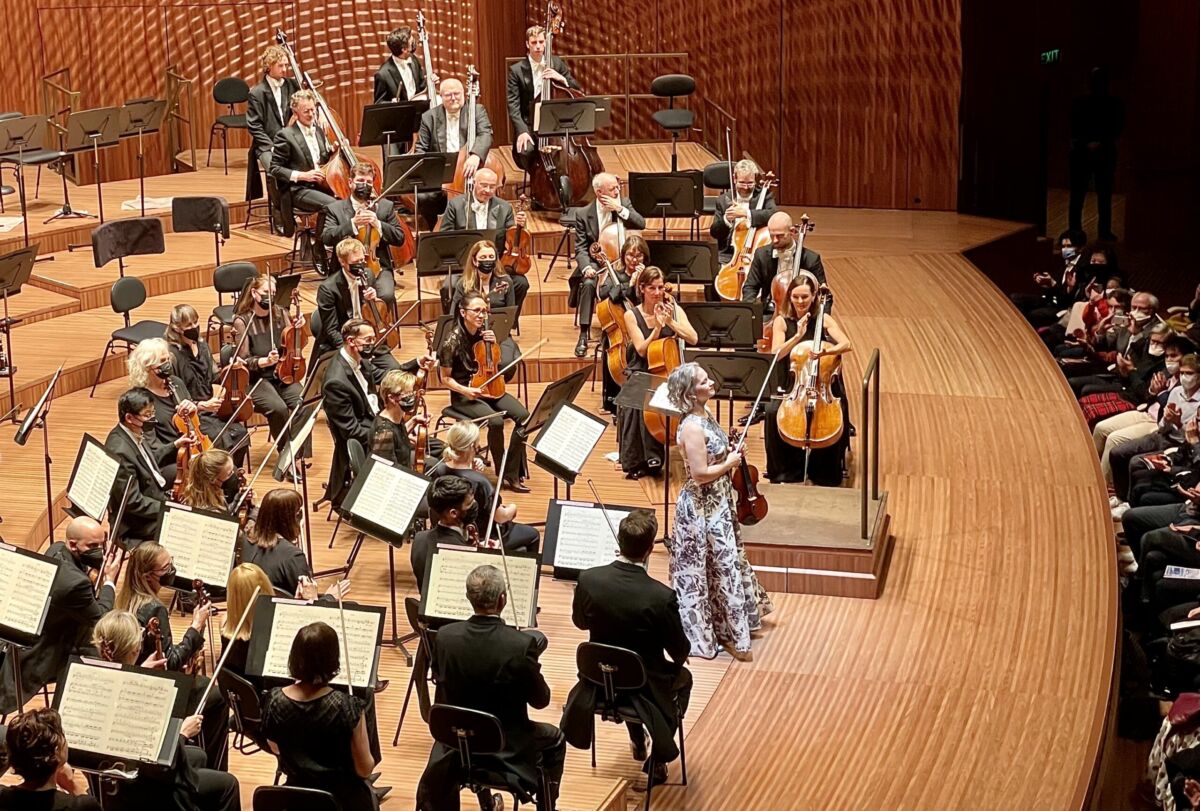 With last week’s powerful interpretation of Mahler’s Resurrection Symphony still ringing in my ears, this performance of Tchaikovsky’s Pathétique Symphony set me thinking what effect it may have had on the Mahler work, coming as it did only a few years later. While Prokofiev’s First Violin Concerto was an early blossoming of his precocious genius, the Pathétique Symphony proved to be Tchaikovsky’s musical last will and testament. Without wanting to labour the parallels, both Mahler and Tchaikovsky composed symphonies, in which there is a struggle between the forces of life and death. In the Resurrection, life clearly prevails. In the, Pathétique it’s equally clearly the opposite. I wondered whether the radical construction of the Pathétique’s expansive first movement, followed by a limping “waltz” in 5/4 time might have been inspired by Mahler’s view of the world as much as the sprawling first movement, the manic scherzo/march and final adagio.

From the outset, the SSO’s ensemble was impressive, from the dialogue of strings and woodwinds and the ominous pulse till the post “lightning bolt” allegro, in which the orchestra resembled sprinters springing from the starting blocks. The clarinet solo in the first movement’s coda was exquisite. Simone Young adopted sane tempos, avoiding the hysteria of either Bernstein (whose tempi in his last recording throughout the remainder of the symphony push coherence to the limit, resulting in an extended duration of 59 minutes!) or Mravinsky, but radiating that unique sense of Slavic yearning for happier times. I would have preferred a touch more wistfulness in the waltz, but the ominously insistent chug in the central trio section was perfectly captured. The scherzo/march to me has always symbolised the tawdry whirligig of life ending in a sort faux triumph, which is surely the genesis of Shostakovich’s “enforced rejoicing”. Again, Young’s tempi were commendably sprightly without resorting to manic extremes. In the finale, the orchestra poured forth the majesty and the dignity of death with the final chords resembling the breath ebbing from a dying body.