Listening to it today, it’s hard to believe that William Walton (1902-1983) was just 19 when he composed Façade, that dazzling drawing room confection of classical, jazz and popular song deployed in setting Edith Sitwell’s eccentric, stream of consciousness poetry. Dubbed “A Centenary Celebration”, this new recording commemorates the premiere of the work that took place on January 24, 1922. Ensconced in the drawing-room of Osbert Sitwell’s house in Chelsea, an audience of 20 or so literati listened as Edith declaimed her verses through the hole in a specially designed curtain with the aid of a Sengerphone – an upmarket megaphone invented by Hugo von Senger in 1876 to amplify the voice of the dragon at the premiere of the Ring Cycle. 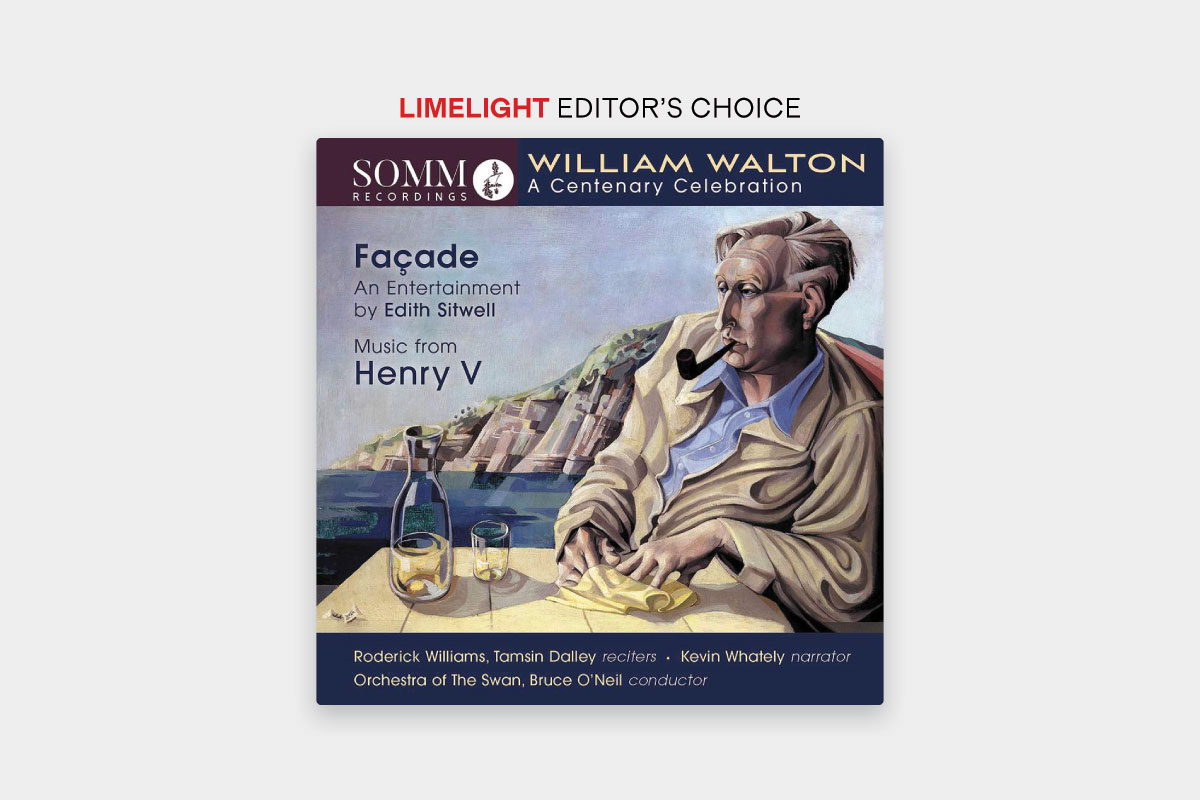 Walton himself conducted an ensemble of four on that occasion, though here it is played by the more familiar line up of flute (doubling piccolo), clarinet (doubling bass clarinet), alto saxophone, trumpet, percussion, and cello. Famously, Sitwell herself offered little in the way of literary interpretation beyond her uniquely clipped paint-stripper of a voice. Many have tackled the work since – usually working in pairs – including actors like Peggy Ashcroft and Jeremy Irons, the tenor Peter Pears, newsreader Richard Baker and Walton’s widow, Susana. When it comes to ‘acting’ through the text, I confess a sneaking fondness for Timothy West and Prunella Scales (though Sitwell might turn in her grave at the accents!).

Here, Somm has taken a punt on a pair of singers – a breed not always known for its way with spoken text, but pretty much guaranteed to nail the tricksy rhythms and challenging patter sections. In fact, baritone Roderick Williams and mezzo Tamsin Dalley are terrific, offering detailed and entertaining interpretations with pinpoint diction and plenty of good humour. Dalley is wonderful at spinning the long lines of the Spanish-inflected Long Steel Grass, her accent suitably cut-glass when she wants it to be but never mannered. The tongue twisters of Tango-Pasodoblé hold no terrors for her, with Williams intruding with cheeky, Spanish accented interjections. Together they extract the Gothic horror from Black Mrs. Behemoth and squeeze every ounce of comedy out of the charming Country Dance. Bruce O’Neil conducting an ensemble from Orchestra of the Swan is thoroughly idiomatic.

The other work here is a version of Walton’s stirring music for Olivier’s wartime film of Shakespeare’s Henry V. In 1990, Christopher Palmer devised a scenario for narrator and full symphony orchestra that tells the story of the play through its various characters interspersed or at times underscored by Walton’s music. Here, that music is performed in Edward Watson’s 1992 reduction of Palmer’s original.

Again, the nimble-footed playing and pacing is excellent with the experienced actor Kevin Whately making a fine narrator. Unlike the grandly virtuoso manner of Christopher Plummer in Chandos’s recording of Palmer’s work, Whately is more your Everyman – entirely appropriate for a work that is as much about the common soldiery as it is about kings and coronets. The reduction works particularly well for the music accompanying the action within the playhouse itself – Shakespeare’s famous “wooden O” – as well as the early pub scenes and the lighter episodes at the French court. Only in the thick of it at Agincourt do you miss the Technicolor excesses of full orchestra, and then only just.

Somm is to be complimented on a highly attractive hour or so in the company of the genius that was William Walton.