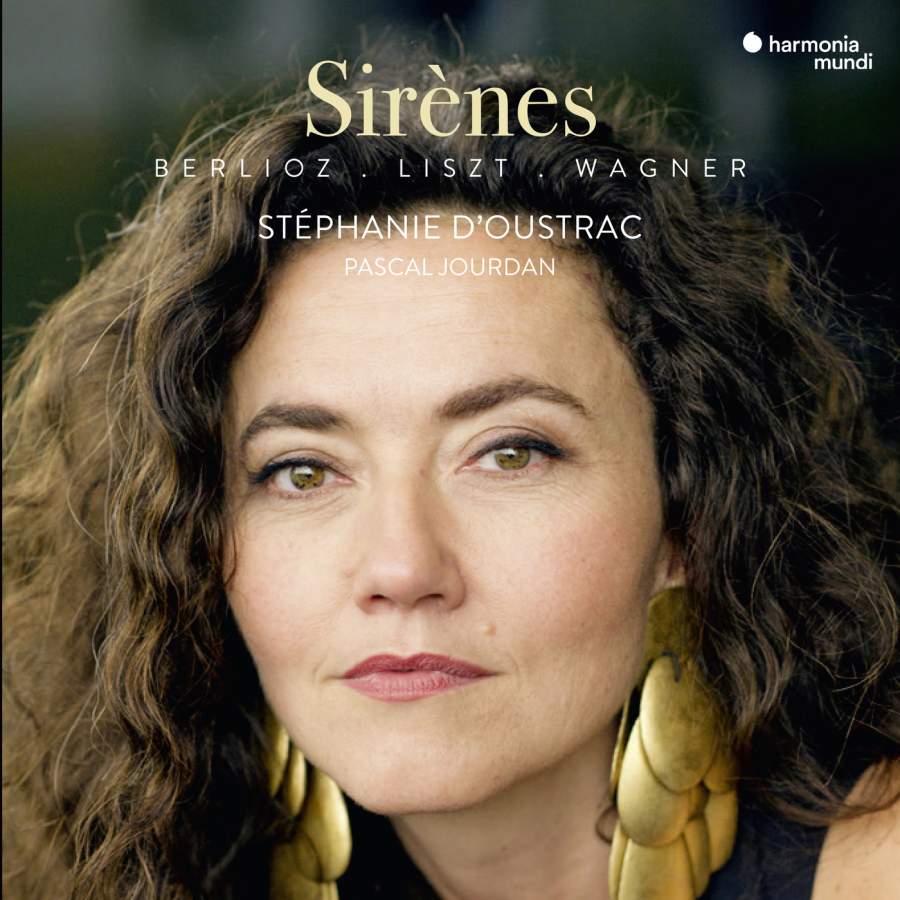 Berlioz, Liszt and Wagner offer a microcosm of Romanticism, of song steeped in Schubert and Schumann, but standing on the cusp of something altogether larger and more sensual. That the works – Berlioz’s Les Nuits d’Été and La Mort d’Ophélie, Wagner’s Wesendonck Lieder and songs by Liszt – are heard not in their orchestrations but with piano accompaniment adds to this sense of composers developing a still essentially classical form.

French mezzo Stéphanie d’Oustrac makes a virtue of a voice with many different shades. Smoky-soft at the top, with a middle-range heavy with vibrato that can snarl or purr, and an androgynous, travesti directness to the very lowest register, it all serves this repertoire well, taking us from the sustained melodic intensity of Wagner’s proto-Tristan Im Treibhaus to the blush-pink froth of Berlioz’s Villanelle.

It’s a treat to hear both versions of Liszt’s Freudvoll und Leidvoll – first thoughts (1844) demonstrative and busy, while the second (1861) is a single, taut line of emotion (Pascal Jourdan’s accompaniment is understated but never blank). And if there’s not quite enough generosity of tone through the Wesendonck Lieder, the mercurial fragility of Berlioz’s Ophelia more than makes up for it.

You have to admit, Handel knew how to craft a drama equal with the best at HBO. Theodora is a masterpiece, and with the drama focussed on the relationships between the central four characters, superbly sung, this is a story that resonates easily with modern audiences. With unity in direction, concept and lighting, this is a fantastic production. Although he’s top billing, Philippe Jaroussky (Didyme) is the weakest member of this ensemble of singing actors. Vocally, he is stunning, but a stronger presence on stage would have made more of the juxtaposition between the feminine quality of his vocal tone and the traditional heroism of his character. The soldier’s physicality is a little uncomfortable, and in stark contrast to his masculine costuming. However, Kresimir Spicer (Septime) is so astonishingly good that the comparison is a little unfair. He sails through the notorious Dread the Fruits of Christian Folly, with gravity defying coloratura while Descend, Kind Pity reveals his astonishing legato. The female cast is just as strong. Katherine Watson (Theodora) is youthful and sweet, balancing the steel and sweetness of the martyr. Her Irene is the captivating Stephanie d’Oustrac, whose extraordinary presence translates effortlessly to screen. William Christie paces superbly…