Social commentary always finds its way into The Little Red Company’s productions, but its newest show makes a statement in itself. Sisters Are Doing It For Themselvescelebrates female empowerment, but in an inclusive way.

If this were just a concert of songs from the two Sister Actmovies, marking the original’s 3oth anniversary, it would be an aurally majestic event. Its artistic talent showcases an array of women, from the quartet of lead vocalists, to director, guitarist and choir. 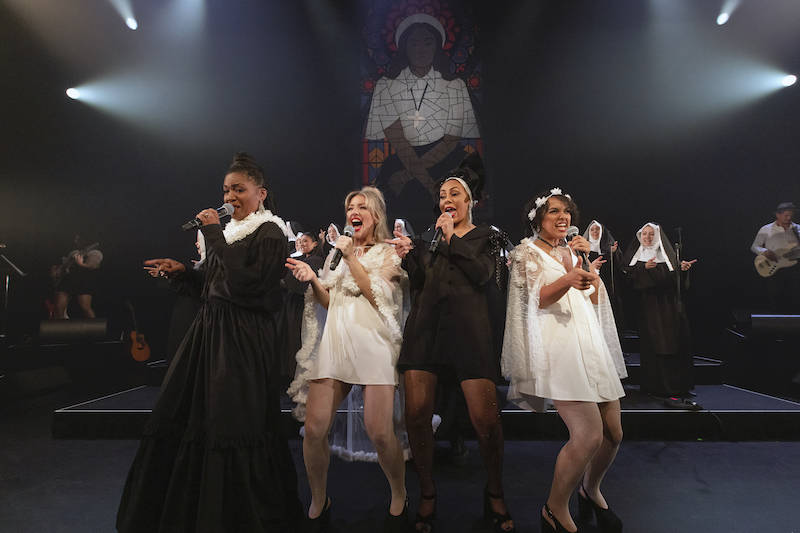 Sisters Are Doing It For Themselves

Best-known, and lending her image to a pseudo-stained glass backdrop overseeing the service is Prinnie Stevens, a veteran triple threat who reached a wider level of recognition on season one of television’s The Voiceand her later return as an All-Star. With Stevens, it’s the whole package – her smouldering look, sassy attitude and sultry sound.

Her stage sisters are every bit as commanding though. Irena Lysiuk might be petite but...

Take some of the best bits of Love Actually and add some topical cheekiness and Christmas cheer for a jolly good time for all.

★★★★☆ A terrific cast in an exuberant semi-staged production of a quaintly old-fashioned show.