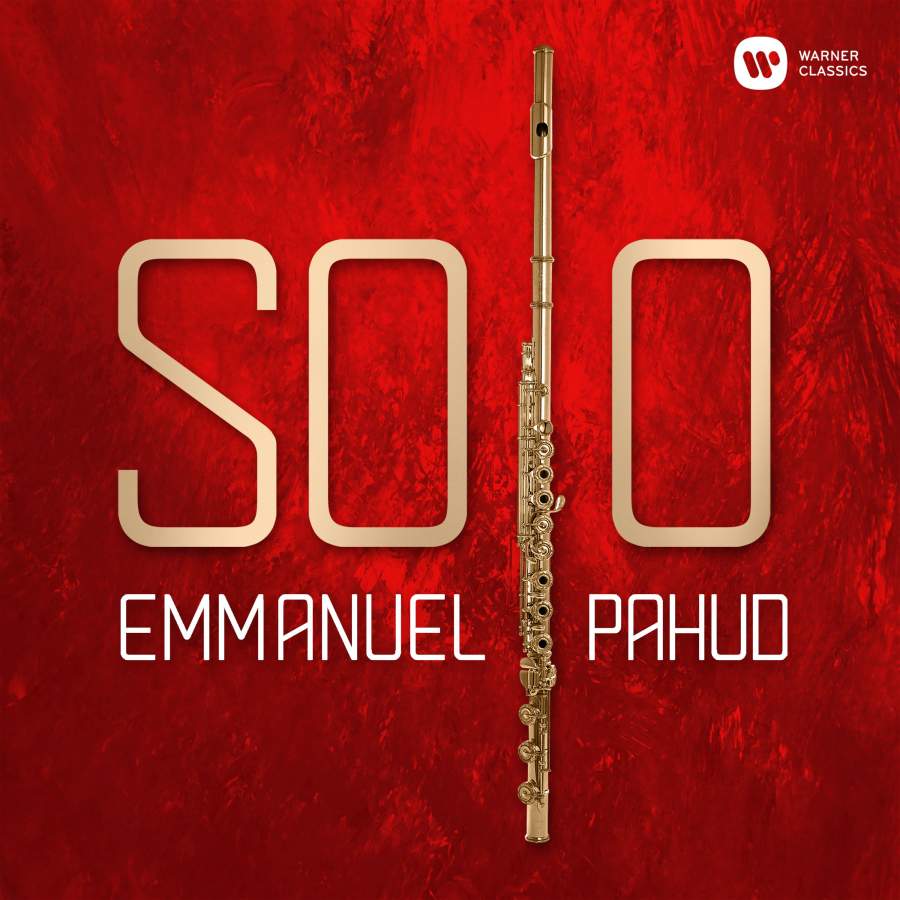 Two and a half hours of solo flute music is a tall order, and it takes a flautist with the muscular virtuosity, command of colour and sheer charisma of Emmanuel Pahud to even come close to pulling it off. The Swiss flautist’s SOLO double disc alternates Telemann’s 12 Fantasias with works spanning Karg-Elert’s 1917 Sonata Appassionata to Widmann’s 2016 Petite Suite, in a whole that’s less than the sum of its parts.

Pahud compellingly traces the polyphony implied in Telemann’s Fantasias, his crisp attacks and full tone in the low register highlighting the counterpoint with the singing high register – and his self-assured embrace of the ‘fantasy’ keeps these well-worn works sparkling fresh.

The modern pieces are spectacular – Pahud does a cracking Karg-Elert, he gives Takemitsu’s Voice a brutal horror and Pintscher’s Beyond (a system of passing) is fiercely rendered, the flautist ripping through flurries of notes and growling out the extended techniques – but the shifts in style grate. The “unpredictable listening experience” billed in the liner notes feels instead haphazard. The concept recalls Sharon Bezaly’s Solo Flute from A to Z series on BIS (which went quiet after the third release made it to D in 2005) and like Bezaly’s discs, SOLO is more satisfying to cherry pick from than as a complete program.

As a complete program, SOLO feels bloated (it ends, lopsidedly, with 15 minutes of Marais’ Les Folies d’Espagne), but you can’t argue with the playing.