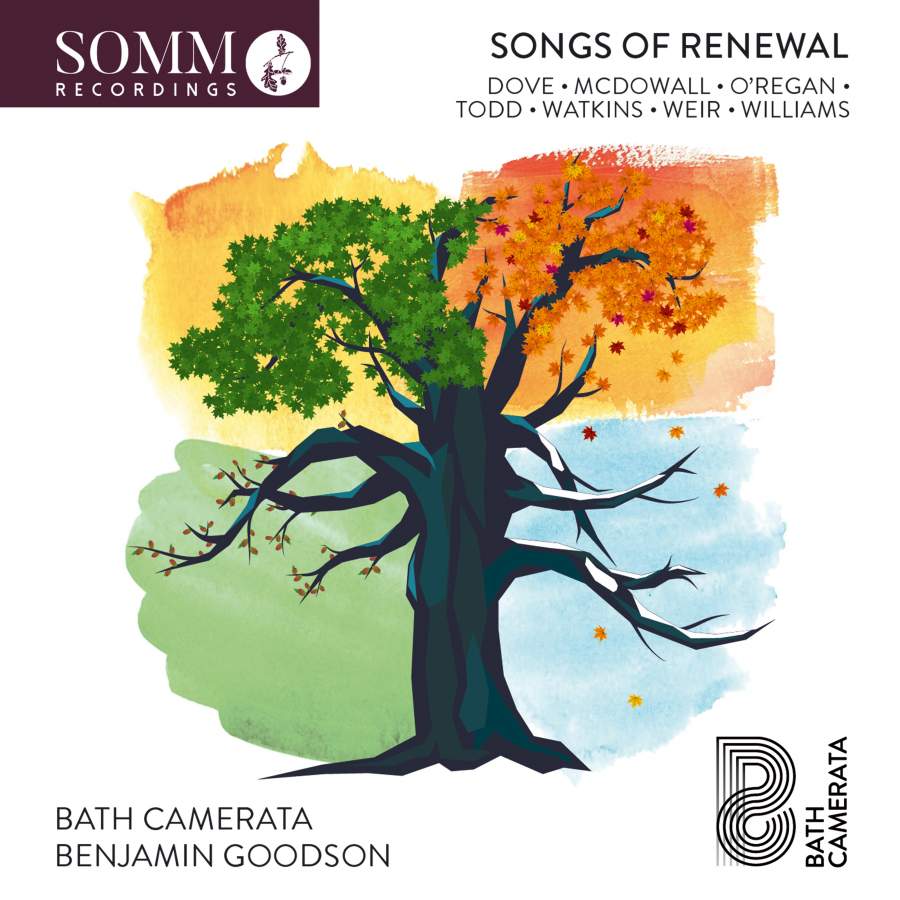 Themes of renewal and regeneration run through a recital devised to celebrate a new era for one of the UK’s great chamber choirs. Founded by Nigel Perrin in 1986, the Bath Camerata appointed new Music Director Benjamin Goodson in 2015 and celebrated in style with three new commissions and a release of 21st-century British choral music. It’s a heartening program.

Goodson and his singers make strong advocates, often against stiff competition. Both Huw Watkins’ The Phoenix and the Turtle and Jonathan Dove’s choral cycle The Passing of the Year have extant recordings, but the Camerata makes a good case for their larger forces, able to heighten the dramatic scope of Watkins’s lovely Shakespeare-setting and create a more marked contrast between Dove’s piquant piano accompaniment and the smudgy choral texture above.

The two new commissions occupy the extremes of the disc. At one end you have Will Todd’s attractive, eminently performable Songs of Renewal and at the other the more confronting and technically demanding soundscape of Roderick Williams’ Everyone Sang in which Sassoon’s wartime verse finds interrogation as well as echo.

If you only listen to one track though, make it Judith Weir’s sumptuous a blue true dream of sky, its big-boned generosity so natural a response to ee cummings’ verse. Or maybe Tarik O’Regan’s Threshold of Night, memories of Leighton and Britten stirring in the background of this tender exploration of childbirth.