Not so long ago “artistic” was a euphemism applied to those “friends of Dorothy” who lived (or tried to live) over the rainbow, embracing something beyond what was once considered normative heterosexuality. Thankfully, we now live in a more open environment, but questions about the relationship between sexuality and art persist. In a world where there are strong visual representations of sexuality, Spectrum reminds us that music is also an important avenue for self-expression and communication, as well as being a hedge against continuing misunderstanding and intolerance. 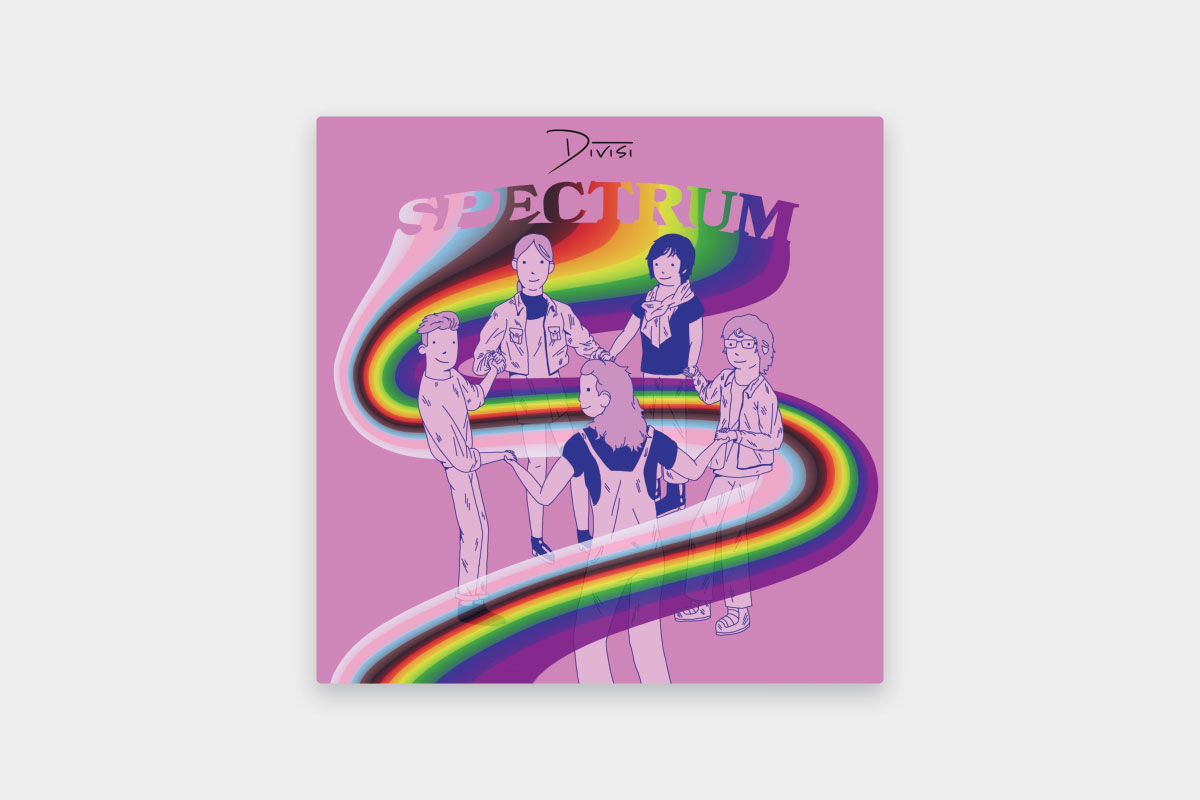 Performed by the talented young artists of the Divisi Chamber Singers, Spectrum claims to be “Australia’s first complete album of classical music by local LGBTQIA+ composers”. Across the 11 tracks, there is considerable stylistic diversity, something of a mirror of the diverse society whose stories the music seeks to tell.

Using the rainbow pride flag as a starting point, Sally Whitwell’s six-movement Spectrum reveals a deep empathy with text leading to a dazzling variety of well realised musical styles. Orange (Torch Song) is a deliciously louche tribute to the magic realism of TV screenwriter Denis Potter, while Blue is a serene meditation on a Sydney beach and Purple (The Aubergine Queen) is a camp send-up of political popularism. By contrast, Here Is A Safe Place by Lore Burns is an almost a cappella lullaby that showcases the gentle side of Divisi’s talents.

Questions of identity are variously explored in the rest of the program. Ariel Bonnell’s Are You the New Person Drawn Toward Me and Robert McIntyre’s Syrup and Silicone cock a snook at queer stereotypes, while Meta Cohen’s (i)dentity vigorously sets Gertrude Stein. Caerwen Martin’s I Am Who I Am powerfully draws on Yvonne Sillett’s first-hand experience of homophobia in the Australian military, providing a potent musical reminder of unfinished business.

Sung with flair and commitment, here is an engaging, enjoyable collection of rainbow music from the Land of Oz.