The Queensland Symphony Orchestra’s Studio Sessionsseries is all about the players. Instead of large-scale orchestral showpieces, we’ve got some unusual chamber repertoire (some composed by the performers!), and a decidedly more laid-back atmosphere. The Studio Sessionsare an excellent idea, adding to the character of the orchestra as a whole, but letting the audience see the players in a more intimate setting. 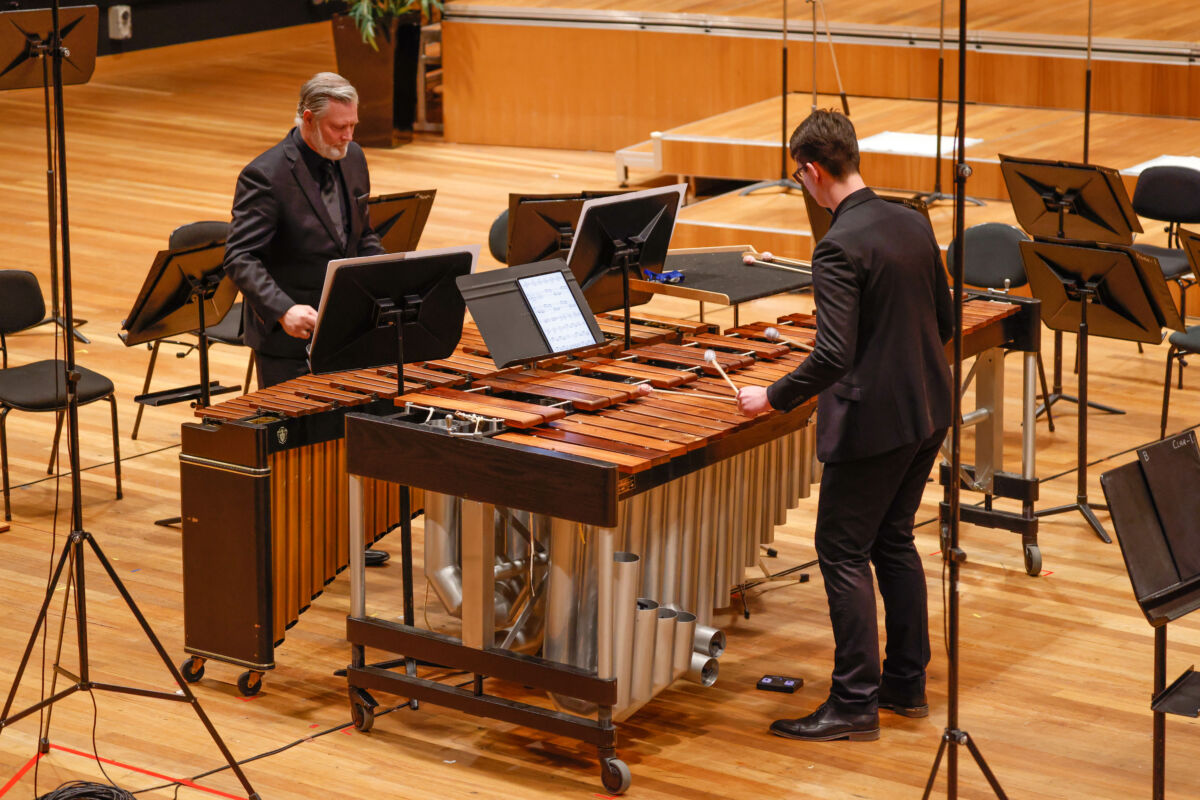 While Studio Sessions 1 might not have the most exciting name, the repertoire is interesting. Here, the spotlight is on brass and percussion, with works for both brass quintet (trumpets, horn, trombone, and tuba), and multiple percussionists, both of which we rarely see in small chamber groups.