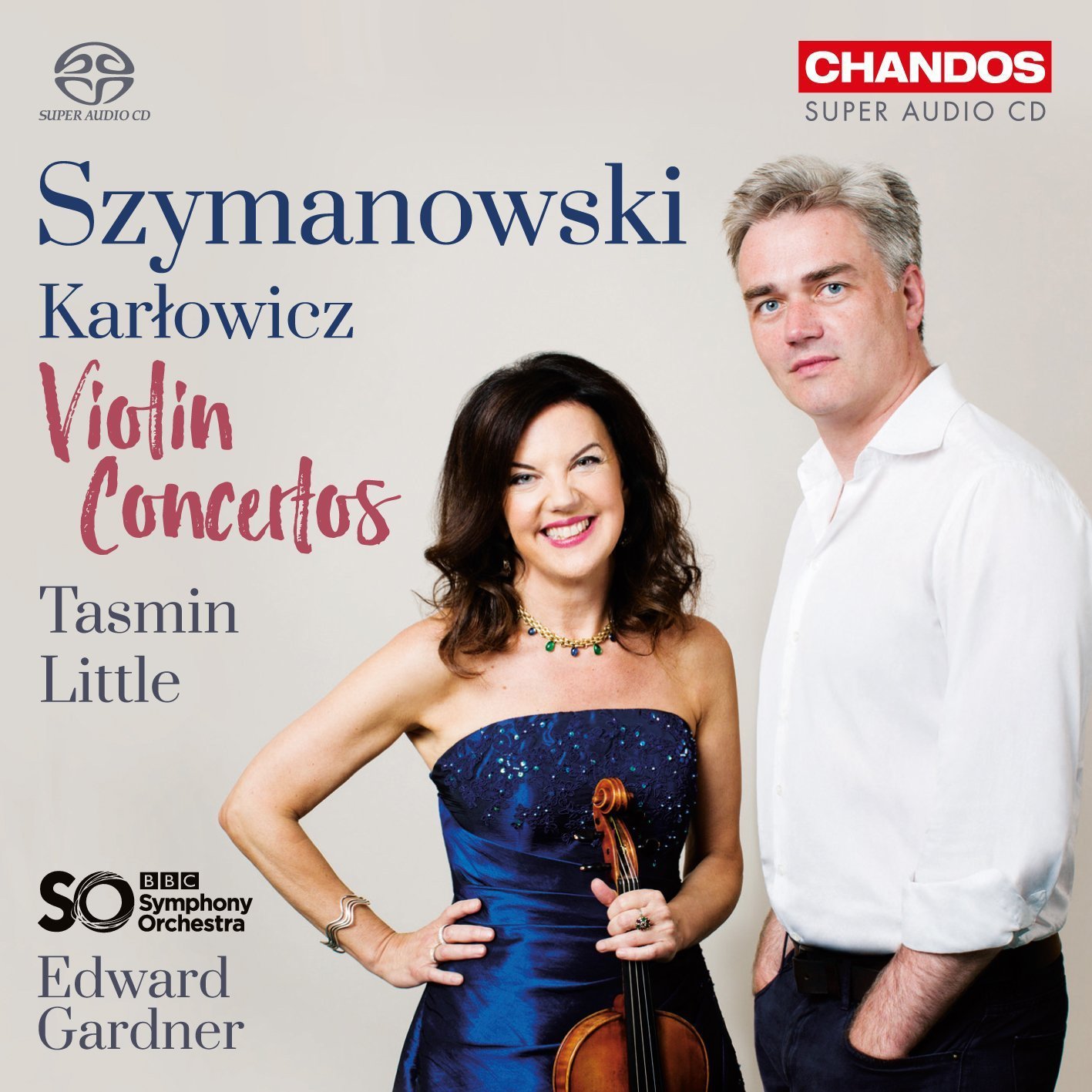 It’s only recently that Tasmin Little released her recording of Karol Szymanowski’s Violin Sonata on the Chandos label, and she must have a liking for the composer as she’s followed it up with readings of both concertos by the Polish master.

There’s much to be found in Szymanowski’s music, which draws on various early-20th-century influences. His Violin Concerto No 1 is considered by many to be the first modern violin concerto, and it’s a true stylistic melange: a heady concoction of impressionist colours, expressionist drama, and the sweeping lyricism of late romanticism (basically, what would become the stock template for the Hollywood soundtrack within a few decades).

There’s so much detail in the vibrant orchestration, it’s easy to get swept up in the BBC Symphony Orchestra’s vivid and immersive performance under the direction of Edward Gardner. It’s a truly brilliant score, and so temperamental: rich romanticism one moment, playful and mercurial the next. Little’s performance is luscious and nuanced – broad and lyrical at moments of high drama, as well as spirited and finely articulated in faster passages. The cadenza here is a truly captivating moment.

The Second Violin Concerto marks a complete change. Its language is more akin to folksong, particularly in the second movement. Szymanowski wrote the work in the summer of 1932 while on retreat in the Tatra Mountains and the region’s band music made an impression on the scoring and thematic material of the concerto. While it might not have the same level of mystery and drama as the First, the Second Concerto does pack a punch. Again, Little’s touch is deft, scaling the heights of this music with expert control and achieving a really infectious energy in the finale.

The final work here is the somewhat more traditional Violin Concerto of Mieczysław Karłowicz. The work is the oldest on the disc (1902), and it’s steeped in the late Romantic tradition. The first movement is dark and brooding, while the second movement is a lush romance in sweet F Major. Little’s playing here is impassioned, moving with the drama of the music, and is particularly en pointe in the final movement, which has a kind of balletic bounce to it.

This disc will be a nice addition for Tasmin Little fans, as well as a great find for violin concerto enthusiasts looking to get outside the box of well-worn favourites.

Tasmin Little’s Szymanowski and Karłowicz album is Limelight‘s Recording of the Month in November. Read our interview with Tasmin Little.