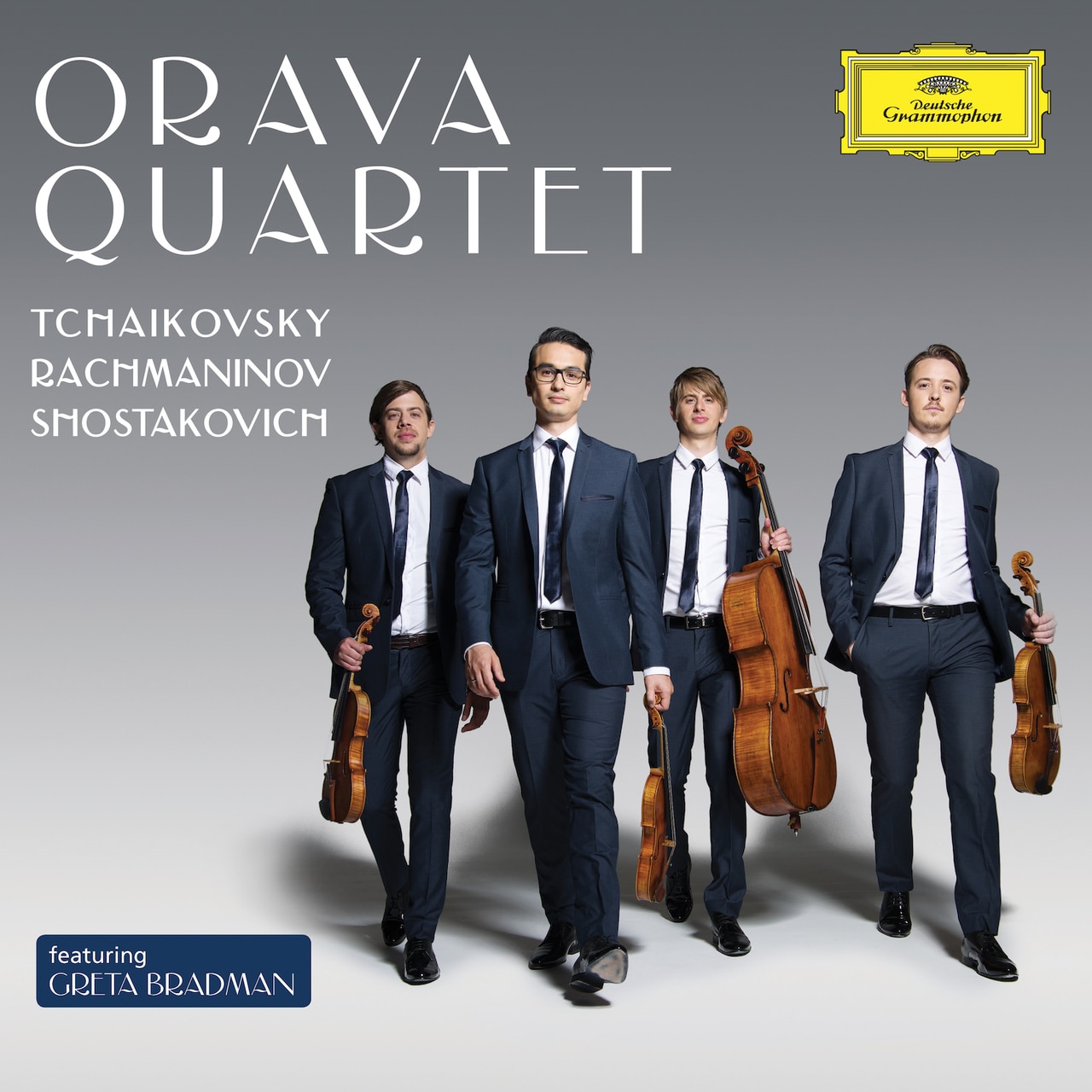 Australian audiences first became aware of the Brisbane-based Orava Quartet when they impressed everyone at the Musica Viva Festival in 2008 in an exceptional performance of Brahms’ Op. 51 No 1 String Quartet in a fringe concert. Formed by Kowalik siblings Daniel and Sylwia (violins) and cellist Karol, with Thomas Chawner on viola, they displayed character and excitement from the start.

Three years later David Dalseno took over second violin and they spent a couple of years in the US as graduate ensemble in residence at the University of Colorado in Boulder, where they worked closely with the Takács Quartet. Now this well-kept Australian musical secret is being unleashed on the international scene with their debut album of all-Russian works on the Deutsche Grammophon yellow label.

It is a remarkably mature set of performances. There’s a wonderful contrast between the heart-on-sleeve melodic world of Tchaikovsky – played here with admirable restraint and with just the right amount of feeling – and the starkly tragic soundscape of Shostakovich’s eighth quartet. This is his most personal of the 15 quartets; after all he etches his musical signature – the notes D, E Flat, C and B Natural – into the score.

Acting as a buffer between these two quartets is a rarity from Rachmaninov. He made two attempts at the form, both unfinished and both comprising two short movements. The first, called Two Movements for String Quartet, features a languid Romance, the perfect foil to the Tchaikovsky which precedes it.

For his part Tchaikovsky made some false starts at the genre, but his first quartet was written very quickly – in just two weeks – and it contains one of his best-loved slow movements, which he later orchestrated as the stand-alone cello piece Andante cantabile. It’s supposedly based on a folk tune he heard a house painter whistling. Daniel Kowalik leads into the movement with his sweet muted lines, but this is a delightful ensemble piece in which the tune is passed around, with Karol’s pizzicato cello lending a swinging lilt to its middle section.

The Oravas play like a group of seasoned professionals but with a youthful eye to taking risks. Witness the hair-raising short second movement of the Shostakovich – a visceral two-and-a-half minutes or so, wonderfully controlled but with waspish attack.