Bass-baritone Teddy Tahu Rhodes is one of Australia’s best loved singers – one whose repertoire runs through opera, musical theatre, folksong and even pop. A man with the common touch, his popularity has remained undiminished, taking in a wider and more loyal fanbase than perhaps any other classically trained vocalist in Australia. His partner at this event, Guy Noble, is equally cherished as a conductor, presenter, writer (he is a regular, witty contributor to Limelight with his month Soapbox column) and prized pianist and accompanist. Since this concert was announced by State Opera South Australia earlier in the year, the return of the Great Teddy has been eagerly anticipated. 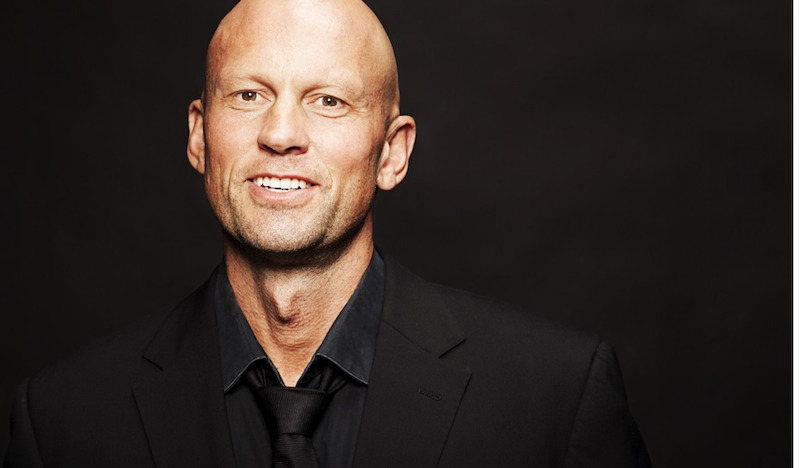 From the opening familiar fanfare of Rossini’s Largo al factotum, the audience showed its appreciation. His voice is an instrument of great beauty and strength, having no trouble filling the hall. From here it was back to Handel’s Xerxes and the popular Ombra mai fu (commonly known as the Largo of Love). The tone and beguiling quality of Rhodes’ voice remains untouched. There is a velvet-like richness and great resonance in the lower part of his register, and his voice exudes confidence and authority. Later in the program, he would return to opera with an excerpt from Verdi’s Don Carlo.

He then performed a trio of perhaps the most popular Romantic lieder (Schubert’s An die Musik and Im Frühling, and Schumann’s wedding gift to Clara, Widmung) where the his tone became warmer and more intimate. He also displayed a touching sense of fragility when diminuendo and falsetto were called for, displaying a mastery of the form that brought comparisons with the legendary Hans Hotter. However, there were times where vocal beauty was presented at the expense of clarity of diction. And it was here that one was reminded of just how fine an accompanist Guy Noble is. And it is a specialised art. Noble is perhaps the best we have. He has a marvellous pedigree as a former student of the late Geoffrey Parsons – another Sydneysider, who was the finest of his time taking the mantle from Gerald Moore, who worked with the likes of Elisabeth Schwarzkopf, Victoria De los Ángeles and Olaf Baer on disc and in recital.

Noble also proved to be a very sympathetic interpreter of Chopin, when playing a familiar nocturne (Op. 9, No 1) as an interlude after these songs.

Rhodes and Noble were comfortable together and often humorous partners onstage, breaking into the folksong Bound for South Australia as a means of shadowing their current trials and tribulations on getting to Adelaide. Rhodes even momentarily swapped roles for a moment with Noble, accompanying him in the opening of If I Were a Rich Man from Fiddler on the Roof. Revisiting his success for Opera Australia in South Pacific (he gave over 300 performances as plantation owner Emile de Becque), it was onto Rodgers and Hammerstein with very familiar songs in Oh, What a Beautiful Mornin from Oklahoma!, and then the under and over-valued in It Might As Well Be Spring from State Fair and Some Enchanted Evening from South Pacific. The audience certainly showed their appreciation for these, however the rhythms in the State Fair excerpt were often choppy, breaking up the flow of the musical line. Before interval there was a brief return to opera with a confident and almost military take on Figaro’s Non più andrai from The Marriage of Figaro.

After the interval it was on to Gilbert and Sullivan with HMS Pinafore‘s When I Was a Lad (with new comic lyrics penned by the multi-talented Noble), and an appropriately triumphant I am a Pirate King from The Pirates of Penzance). Bock and Harnick’s If I Were A Rich Man was a brief detour back to Broadway before finishing with 20th-century Australian standards often associated with the likes of old local boy and famed bass baritone, Peter Dawson including Along the Road to Gundagai and Clancy of the Overflow.

He could perhaps have included some more challenging repertoire – surely education of an audience is also an important part of programming a recital – but Rhodes has his own class of fans who admire his stretch beyond the bounds of opera and  lieder, and the program was rapturously received.

Instead of only celebrating people when they’re in a box, let’s regularly tell them we love them, says Guy Noble.