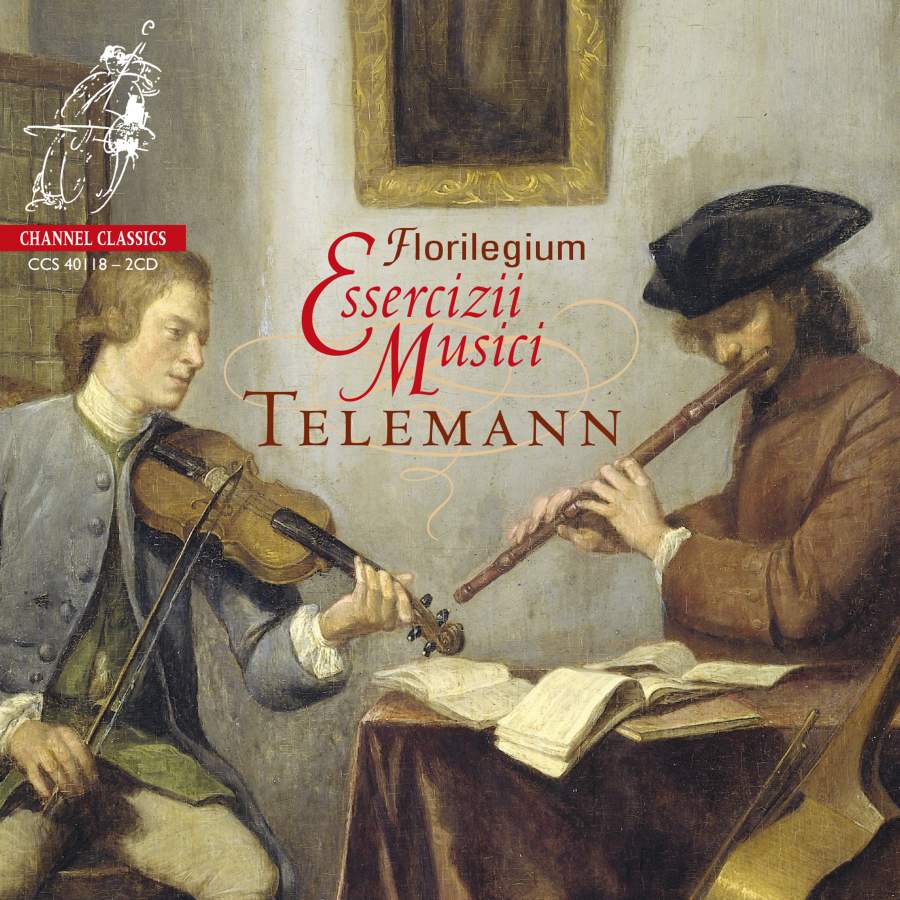 How good to see Florilegium, the London-based early music ensemble founded by flautist Ashley Solomon and Australian harpsichordist Neal Peres Da Costa (he’s no longer with the group), continuing to flourish. And to return to one of their favourite composers, Georg Philipp Telemann.

Telemann (1681-1767) was one of the most prodigiously gifted and prolific composers ever to have lived (200 orchestral suites alone!). Which makes it even more surprising to learn that not only was he self-taught as a musician, having been destined for the clergy, but that he found the time to engrave, advertise and distribute his music. He even made it his business to learn how to play most of the instruments he wrote for.

Published around 1740, Telemann’s Essercizii Musici is a set of 12 solo sonatas and 12 trio sonatas scored variously for the six instruments most likely to be found in the home of the enthusiastic musical amateur of his day: violin (Bojan Cicic), flute, recorder (both Ashley Solomon), oboe (Alexandra Bellamy), viola da gamba (Reiko Ichise) and harpsichord (Pawel Siwczak). Joining the latter on continuo duty are David Miller (archlute and baroque guitar) and cellist Jennifer Morsches.

The flute, for example, would have two solo sonatas and appear in four trio sonatas. However, not here: this is just the first volume in a projected two-volume set, and features only 11 of the 24 solo and trio sonatas.

One of the reasons for Telemann’s popularity during the time that he was composing was his endless ability to demonstrate ingenuity while never sacrificing accessibility. These are all utterly charming works in the galant style and following the classic four-movement slow-fast-slow-fast sonata da chiesa format.

They have lost none of their appeal, especially when performed with such lively grace and elegance as they are here. The delicate colours of the opening trio sonata for oboe, violin and continuo immediately draw you into this rarefied sound world; the following solo sonata for flute and continuo sweetens and softens the woodwind component while lightening the texture; the next solo sonata reintroduces the violin, providing yet another delightful contrast.

Further on, we have three trio sonatas in a row, one for the strings, one for the winds and one for gamba and harpsichord, which provides yet more opportunities for contrasts in colour and timbre while showcasing the various performer’s ability to differentiate and blend in the same intuitive way Telemann was able to compose for their instruments.

Pahud flies solo with works old and new, but Solo fails to land.