Telemann’s prodigious output – he wrote around 250 suites and concertos alone – was matched by a propensity for eclecticism and innovation. His chamber music, largely for domestic consumption and here represented by works for recorder, bassoon and harpsichord thus derives much of its charm from its use of mixed musical idioms – particularly Italian and French – and the fresh ways in which these are combined to bridge the gap between the older learned style and the new, simpler galant style. 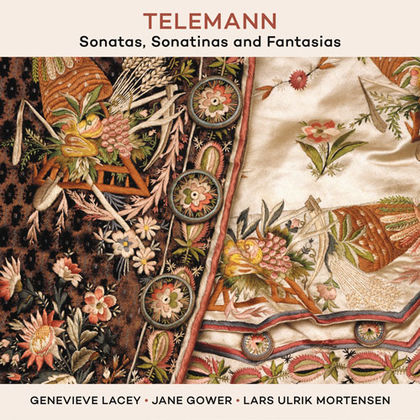 Playing a boxwood alto recorder, and accompanied by Jane Gower on Baroque bassoon and Lars Ulrik Mortensen on a Ruckers double harpsichord (Carey Beebe, 2003), Genevieve Lacey opens with Telemann’s C Major Sonata, the charming Larghettoof which is one of its chief attractions. The three close the programme with the even more impressive D Minor Sonata, featuring an exciting final Allegro.

In between are delights aplenty, from the C Minor Sonatina for bassoon and harpsichord, Gower’s rich, fruity tone marvellously contrasting with Mortensen’s bright, “broken style” chords, to the E Major Fantasia for solo recorder with its sinuous virtuosity and cleverly implied part-writing. Also notable is...