The Angry Women’s Choir is the third book by Tasmanian author Meg Bignell which crams a spectrum of life’s experiences into its narrative. Experiences with which innumerable (female) readers will no doubt identify. 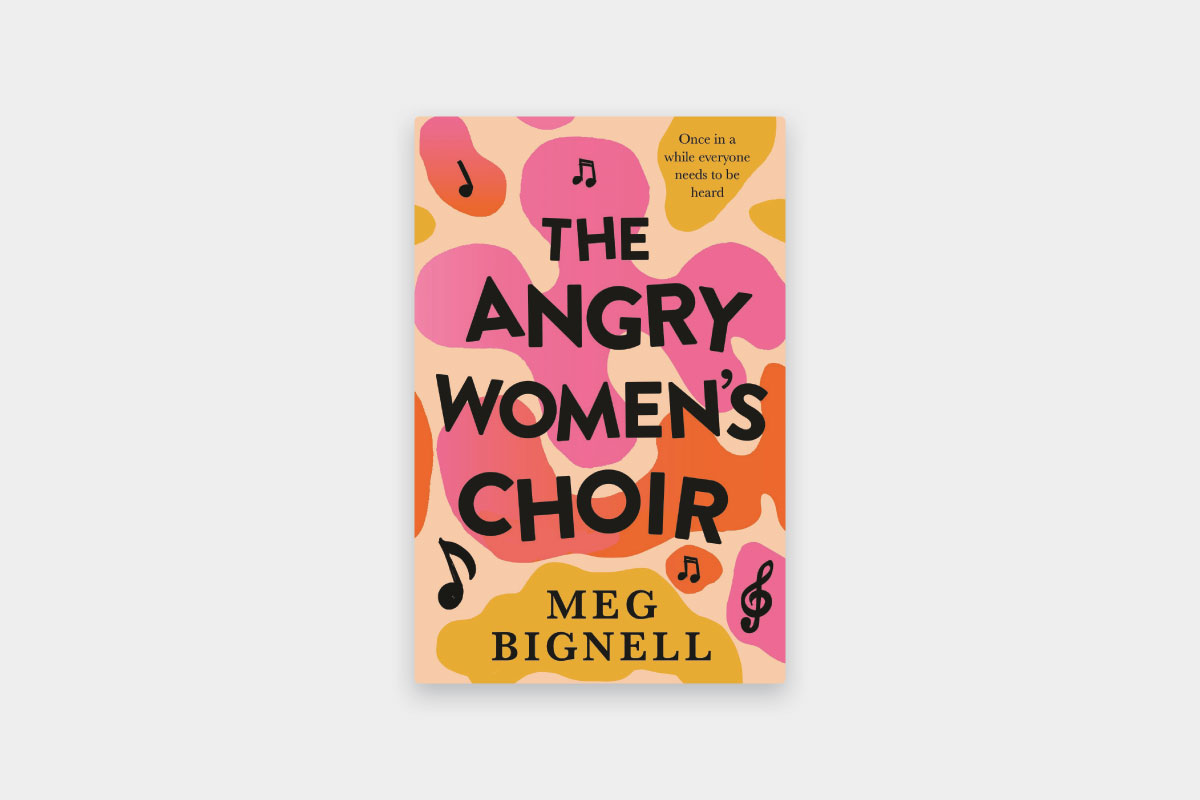 Freycinet Barnes, aka ‘Frey’ (sounds like “fray’), is the ultimate super-Mum whose acceptance of her subservient role is shattered when she collides with the West Moonah Women’s Choir, a motley group of women who have reason to be angry with the world. There is Rosalia, dying too young of cancer, Eleanor who is “dead on the inside,” Irene who has early dementia, Bizzy, a child of rape and Avni, the anxious songwriter. Frey herself has to deal with an adulterous husband, an anorexic teenage daughter and a surly adolescent son.

Re-inventing themselves as The Angry Women’s Choir, they thumb their noses at everything that has restrained and hurt them. It’s a tale of social activism which questions the patriarchy and subverts the status quo interleaved with issues surrounding the environment, change through social media, and the impact of the COVID pandemic. Singing becomes an outlet for pent-up emotion. Underneath are powerful dynamics of grief, self-discovery and self-determination.

Bignell tells her easy-to-read tale of these important social and personal issues with humour and compassion. Real settings like West Moonah, a suburb of Hobart and the Bon Secours Mother and Baby Home in Ireland add to its verisimilitude. However, this is somewhat undermined by a tone of caricature applied to the characters and the suspension of belief at some of the scenarios. Perhaps without the hint of exaggeration, the storyline would have been all too overwhelming.

The Angry Women’s Choir has the potential to change readers’ lives. Help line numbers are listed in the author’s postscript. However, it’s not all about rage. In the end, there is some loss. But there is also healing, resolution and hope and even the idea of movie.

An extract from The Angry Women’s Choir

"Once in a while, everyone needs to be heard." Meg Bignell's new novel The Angry Women's Choir has just been published. Here is an extract.

"If the human voice is not a miracle, it’s bloody close," says Meg Bignell, whose new novel The Angry Women's Choir is released today. In this essay she discusses finding and using your authentic voice.