Many of my generation were introduced to Rossini’s famed opera buffa The Barber of Sevillevia the famed Warner Brothers’ cartoon featuring Bugs Bunny and Elmer Fudd. Director Lindy Hume’s vision of the work derives much from this technicoloured short, with its almost gaudy costumes and highly effective lighting (Tracy Grant Lord and Matthew Marshall respectively). The sets are dominated by a salon-like array of windows which open to spotlight members of the cast; its costumes reflect both the commedia dell’ arte, 1950s technicolour and postmodernism. A co-production between Opera Queensland, Seattle Opera and New Zealand Opera, it has already received acclaim at those companies. 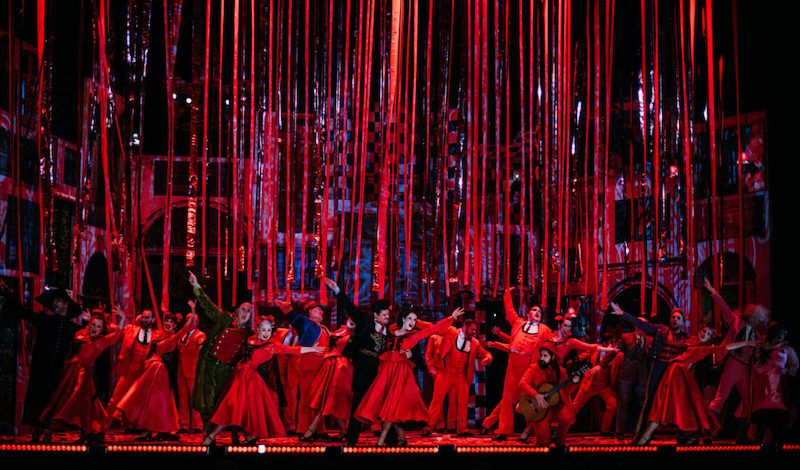 The Barber of Seville

From the opening of the familiar Overture, the highly dependable Graham Abbott led the Adelaide Symphony Orchestra in a light-hearted, taut and energetic performance, which was an all-too appropriate escape from our current harrowing times.

The main characters of the work dealt effortlessly with the often highly intricate coloratura that is associated with Rossini and this work in particular....