Generally regarded as Angus Cerini’s finest play to date, The Bleeding Tree(2014) shifts the author’s focus from the interior world of violent, traumatised men to the women and societies that such men impact. Director Ian Michael offers a raging, harsh new production with a clipped, repetitive poetry delivered by three women of colour who at times appear physically awkward and broken, but are more often fierce and granite-like in their resolution. Typically arrayed in a jagged line with the mother (Karla Hart) slightly forward to stage right, and daughters (Ebony McGuire and Abbie-Lee Lewis) slightly behind to the left. Largely delivering their lines from a flexible but stable standing position, this triptych spit out their words with a blistering fury. 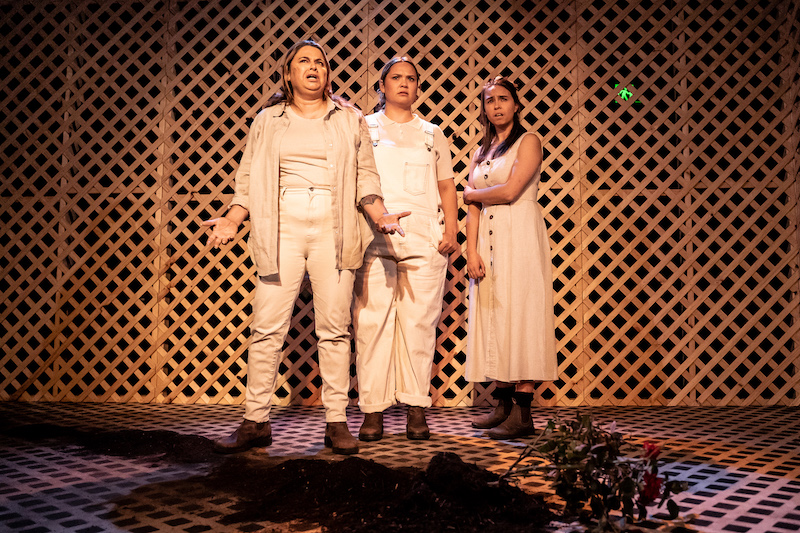 Rewind to 1996, and I was stage manager on a Melbourne student production featuring intriguing newcomer Angus Cerini, who was taking on the role of a Serbian militia member and rapist. However, he was forced to take a break after he...