Oh yes they did!

Put on a show that makes the audience bawl out sing-song lines in synchrony? Yeah, that. Put on a panto? Sort of. Virginia Gay’s The Boomkak Pantois not the pure kind of pantomime – what’s homage without a critical shakedown in modern theatre? (The answer: simpering, dull.) No, friends, it’s a panto within a play which is self-referentially gussied up to the nines with flamboyant panto flourishes; a tickling of the form to modern sensibilities, updated cultural values and an Aussie stage. 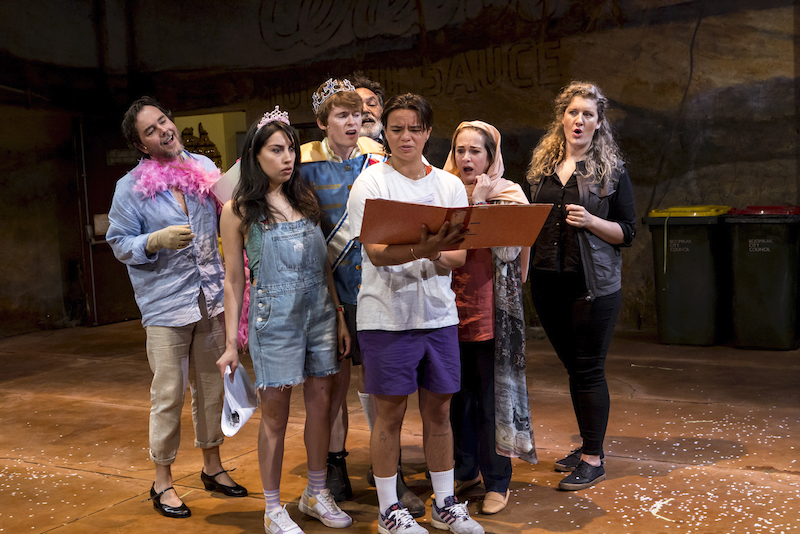 Hijacking the radical exploding of the rules of tradition that pantomime enshrines, this surprisingly long two-and-a-half-hour two-acter unleashes a motherlode of “chaotic good” energy to cleave a clever through-line of a non-binary romance and comment on the caricatures that we become when we perform the roles that are ‘safe’. Never fear though: the progressive themes are snuck in without too much on-the-nose earnestness. With big Tina Arena numbers, glittery tassels, an Aladdincarpet costume, a paint named “white privilege” and much,...