Enjoying Shakespeare in the Botanic Gardens has been a Melbourne summer tradition for 35 years, but it’s probably never been more welcome in this second summer of COVID. Not only are audiences more mentally at ease seeing theatre outdoors, they also don’t need to think too hard for The Comedy of Errors, an early Shakespeare play that’s relatively light on poetry and philosophy and big on silly situations. This timely choice by Australian Shakespeare Company Artistic Director Glenn Elston, who also directs, is presented with commedia dell’artetradition wrapped up in more modern surrealist-pantomime fun, which dials up the ‘don’t worry, be happy’ attitude. 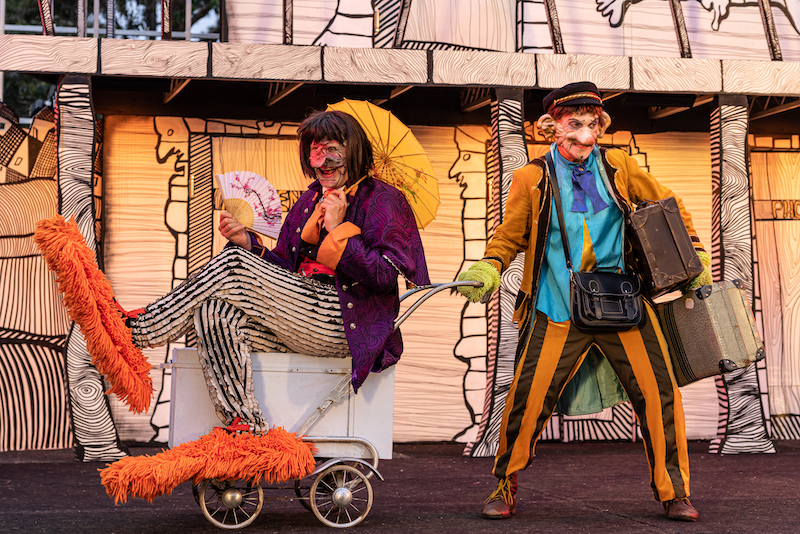 The Comedy of Errors

The Comedy of Errorsbrings together not one but two sets of identical twins over the course of a day filled with farcical confusion. This premise of mistaken identity is underpinned by identical costumes for the twins called Antipholus, and for their servants, twins called Dromio. These include the latters’ big fuzzy yellow gloves, and even bigger shaggy orange...