The list of films about white Europeans coming to terms with Arabic desert culture and people is small but notable, with Lawrence of Arabiaas its obvious peak. Werner Herzog and Nicole Kidman gave us a female twist on the theme in the prosaically-titled Queen of the Desert, as did Ian Pringle in the Australian production Isabelle Eberhardt. 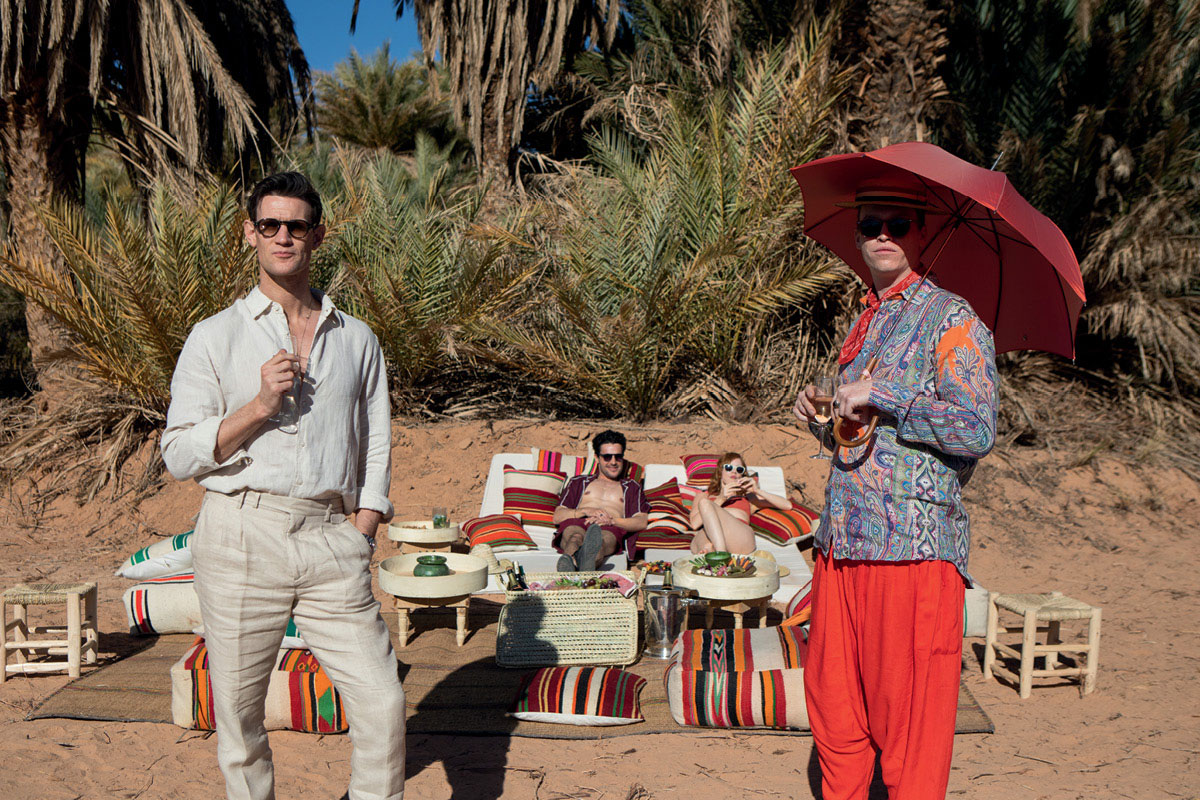 Not surprisingly, Albert Camus’ writing has been the source for several adaptations including Visconti’s take on The Stranger in 1967 and the haunting French film Far from Men (2014) starring Viggo Mortensen.

The Forgiven , adapted by Ireland’s John Michael McDonagh ( Calvary ) from Lawrence Osborne’s novel, is the latest in this tradition, and it’s not giving anything away to note that the Camus-like theme of a white European killing an Arab is at its heart: it happens right at the start of the film.

Like his younger filmmaking brother Martin ( In Bruges ), McDonagh likes to explore seriously moral themes through a veil of black comedy...

There are certain filmmakers whose purpose it would seem is to emblazon their directorial signature across their work in as flamboyant a way as possible – think of David Lynch, Michel Gondry, Peter Greenaway or our own Baz Luhrmann. You can add to that list The Grand Budapest Hotel’s US director and co-writer, Wes Anderson. You need to see only one of its obsessively symmetrical frames, designed with fanatical detail down to the last costume stitch, to instantly know who it was who made it. Whether this delights or sends you screaming up the wall, there’s no mistaking this film’s uniqueness. If you’re up for it, there is much fun to be had from recognising a never-ending parade of well-known actors in minor roles (Tilda Swinton, Edward Norton, Willem Dafoe et al) in this children’s film made for adults set in an enchanting dollshouse world, aka the fictional East European republic of Zubrowka. Grand Budapest Hotelhas a lively Russian doll of a narrative in which we learn via a series of flashbacks within flashbacks how the elegant former concierge (Ralph Fiennes) of the grandiose hotel of the title became its owner during the 1930s. Whether you call this an exaggeratedly tall tale or…Continue…