A slow cascade of piercing notes, pinpoints of starry light in a dark sky. The twittering sounds of hermit thrushes. The warm glow of a summer evening. These are just a few of the evocations summoned in the Solem Quartet’s debut recording, an undulating soundscape, if you will, conjuring the 24 it takes the earth to spin on its axis. It’s an appealing idea, perhaps not wildly original, but beautifully executed here. 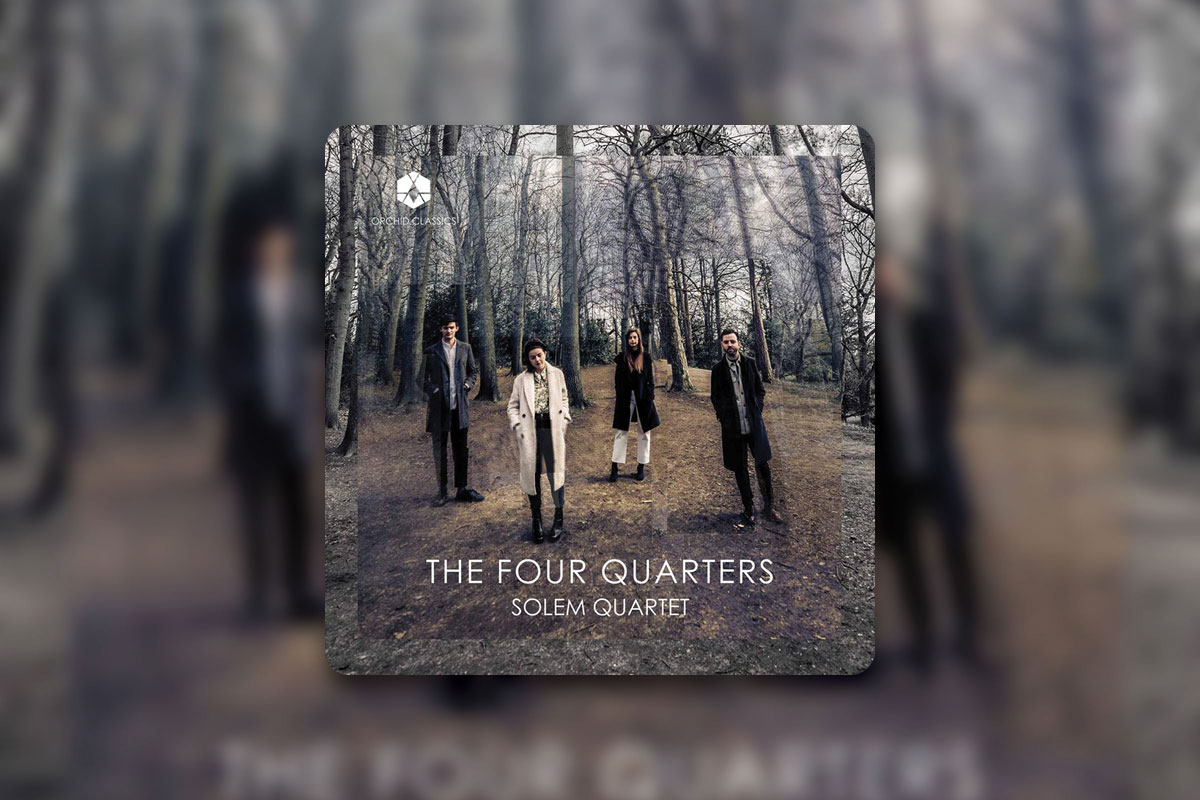 This musical day begins with Nightfalls from Thomas Adès’s The Four Quarters, his intricate quartet of 2010, which the Solem Quartet then divides up, using its four movements to articulate and mark the passage of time. The British composer’s language is so distinctive – sharp, unexpected, atmospheric – that there’s a welcome sense of recognition each occasion his music returns. While there are already a couple of exquisite recordings of this piece, notably by the Calder Quartet on Signum Classics, this British quartet’s performance happily stands alongside them.

And what happens between the Adès landmarks? We bounce from a Purcell song to a Schumann lullaby, a traditional folk tune to a soundscape of a Suffolk sunset, a Florence Price miniature to, at the very end, a Kate Bush single. This is eclecticism at its best. The arrangements, by three quartet members, are deft. Quibbles? Not many. Purcell’s Now Does the Glorious Day Appear feels too swift; William Marsey’s use of recorded sounds – phones ringing, snatches of conversation – in Be Nice to See You irritates more than interests. But throughout The Solem Quartet, which formed a decade ago, demonstrates that it’s been worth the wait for its first recording.

Exquisite piano miniatures from a perfect partnership of composer and pianist.

A King Arthur for our times from one of today’s great Purcellians.

Tesla Quartet and Alexander Fiterstein bring a breath of fresh air to programming the clarinet quintet.

Blowing the dust off the duet is a delight from start to finish.

Truly accomplished playing and a satisfying program make this a fitting start to the year.