At one point in Barrie Kosky’s staging of Rimsky-Korsakov’s The Golden Cockerel, a horse is wheeled on stage. It is a pitiful sight; emaciated and egged on in its charge by a severed figurehead that hovers in front of its nose at the end of a jousting stick. As Tsar Dodon moves to pat the horse, it tries to nip him. Dodon’s response is an almost laconic attempt to say, “Don’t bite the hand that feeds you!” Except, of course, the Tsar isn’t feeding his horse or his nation. 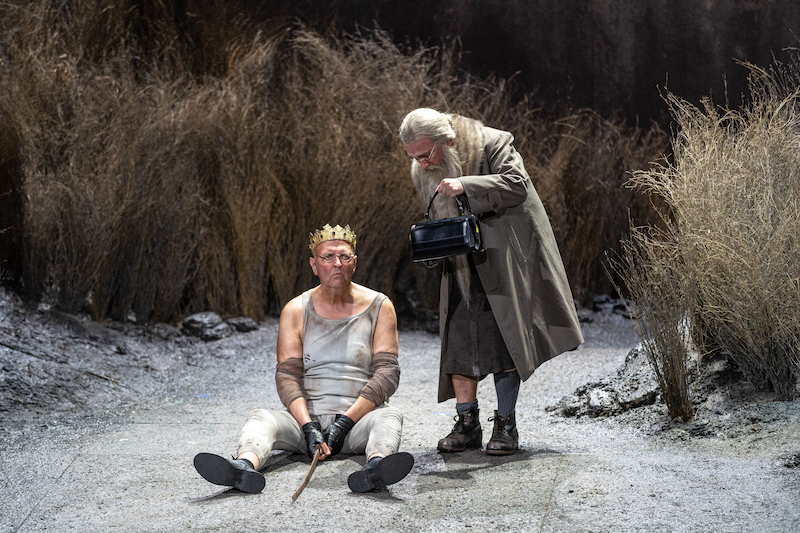 It is a powerful image in which all the ideas of Kosky’s stupendous production crystalise, and it draws directly on symbolist Alfred Kubin’s 1903 etching Hungersnotor The Famine. Stage designer Rufus Didwiszus has transformed Kubin’s starving horse into a biomechanoid worthy of HR Giger. It is augmented with the apparatus of the state – the wheels and cogs that spin lies and propaganda used by false gods against their people … and themselves. The image is completed...