For the finale concert of the 2022 Canberra International Music Festival (CIMF), in a program that was presented by the European Union Delegation to Australia, the music of Ludwig van Beethoven, Frédéric Chopin and Camille Saint-Saëns made a resounding conclusion to this festival that reached from pole to pole.

After the introduction and the formal welcome of many ambassadors from across the world, as a tribute to the Ukrainian people, Larissa Kovalchuk performed a Bach prelude and a traditional Ukrainian song on the bandura, a Ukrainian plucked string folk instrument. It was deeply felt and warmly appreciated. 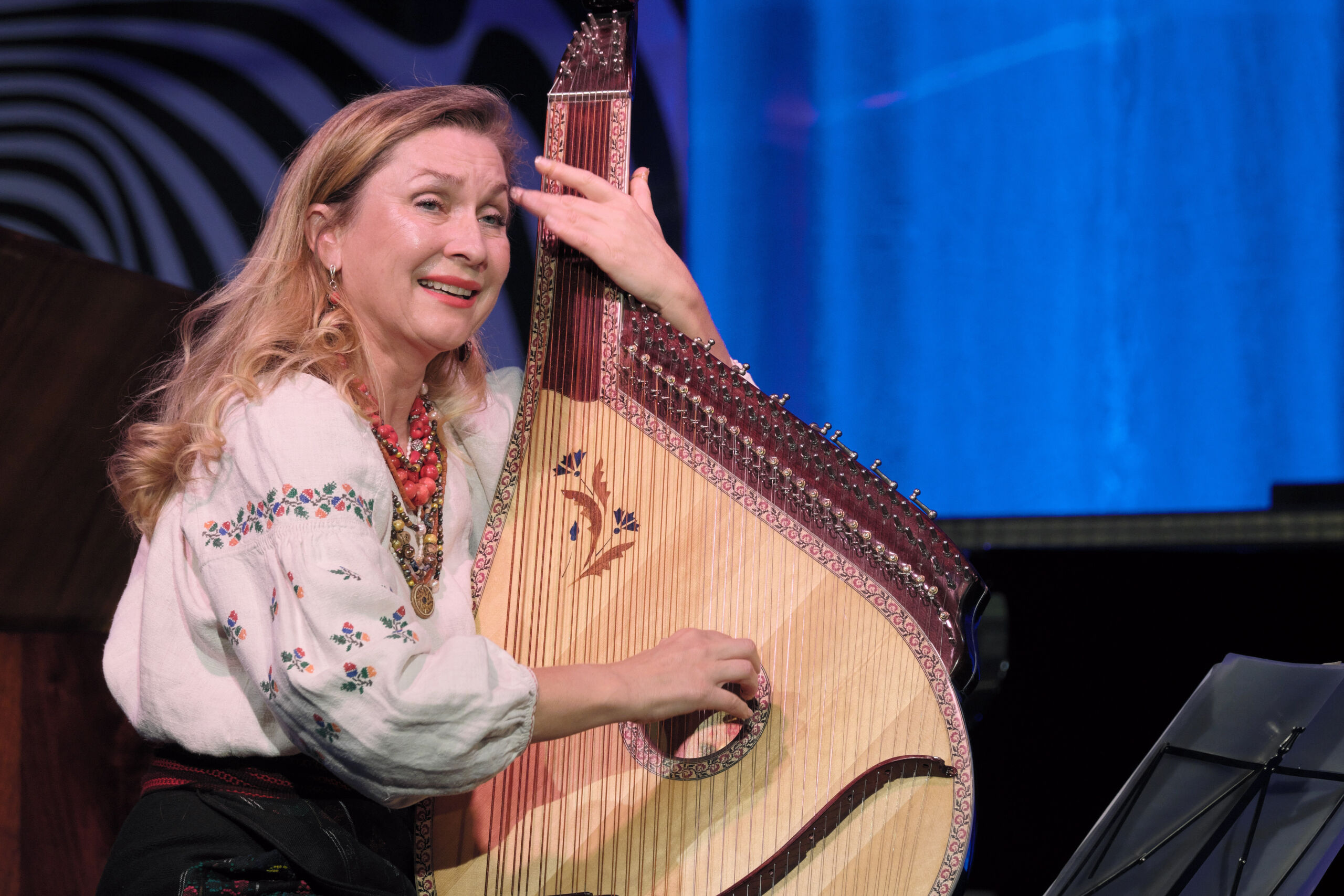 The beauty of life and nature in this opening movement is more life-affirming than almost any other piece of classical music. The players gently caressed this fine composition to create an even and harmonious sound from their instruments. The tone of Browne’s wooden flute and Kelly’s fortepiano blended perfectly.

Over the five movements of this symphony, the journey through nature is clearly present in every phrase, as its delicate construction lends voice to the beauty of nature and animals. The intimate character of hearing a symphony, played so finely by just a quartet, gave the work a whole fresh appeal as the inner workings of this major piece was laid bare by these four high-quality players. 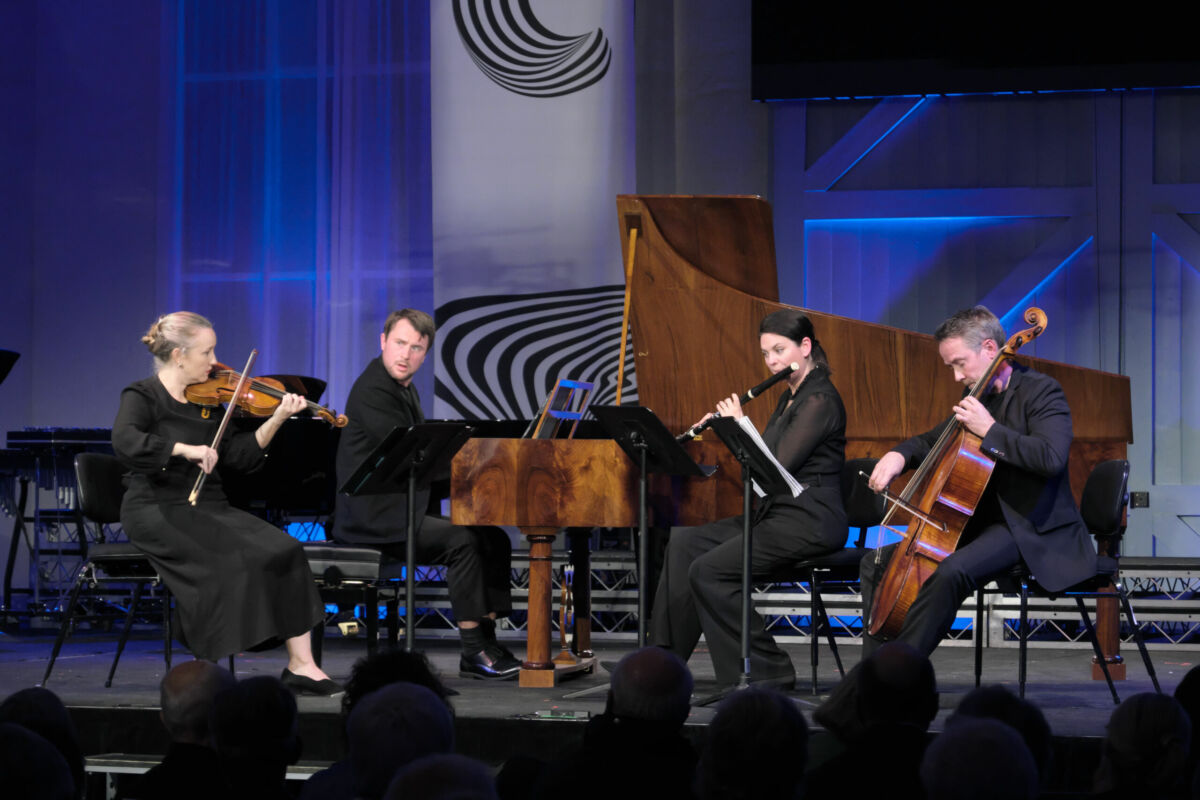 After the interval we were meant to have the Paganini Variations for two pianos by Polish composer Witold Lutosławski, which was scheduled to be performed by Edward and Stephanie Neeman, but sadly Edward could not be there. Instead the London-based Polish pianist Lucas Krupinski stepped in to perform pieces of Chopin. Despite his last-minute addition to the program, and performing entirely without sheet music, his performance was a lyrical delight.

For the final burst of music in the 2022 CIMF we had Saint-Saëns’ Carnival of the Animals, with Jonathan Biggins reciting his highly comical verse inspired by the work. Some of the 14 movements of this zoological fantasy have become so loved that they are performed as standalone pieces. The Introduction and Royal March of the Lion and The Swan have made their own way out into the musical realm. 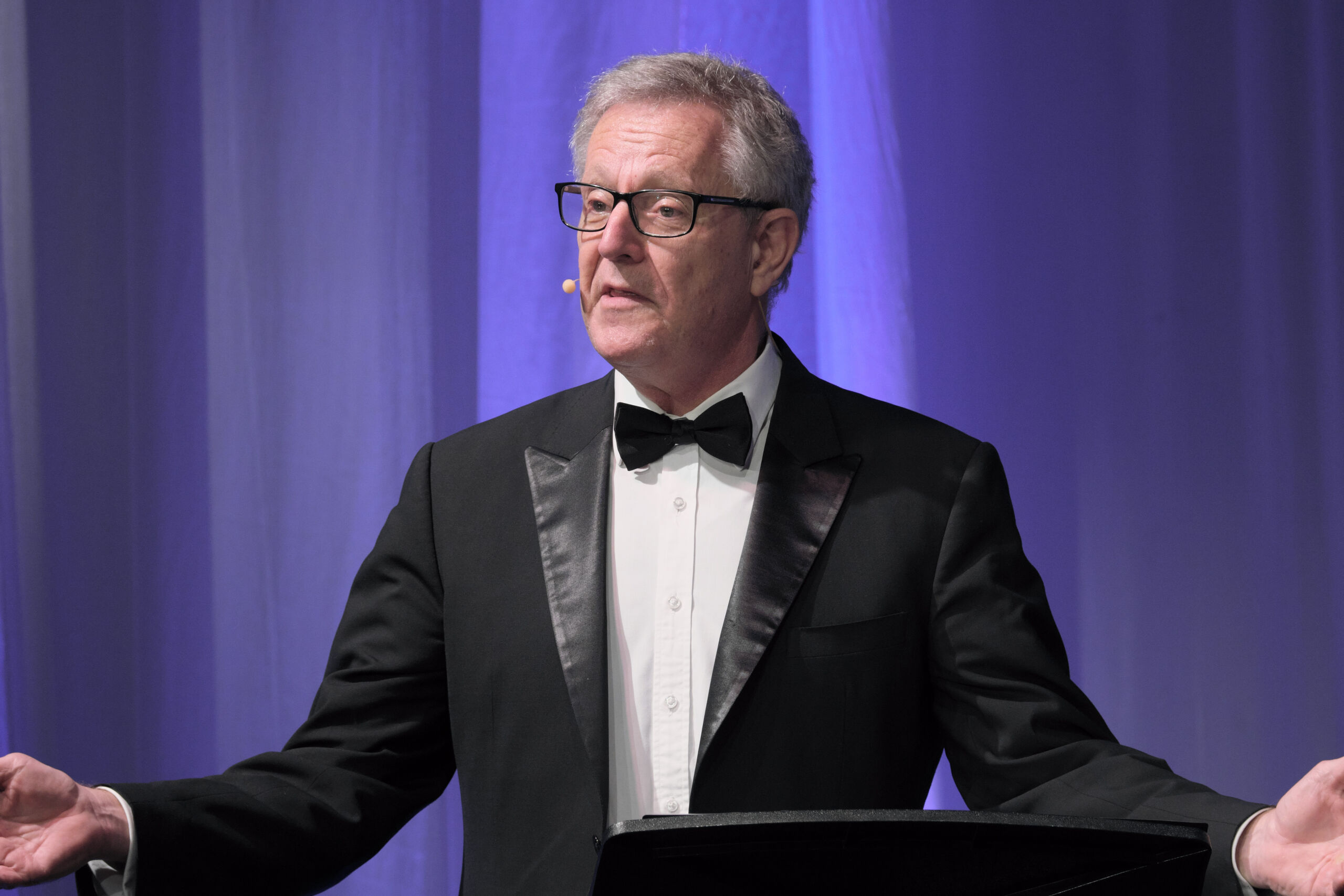 Jonathan Biggins recites his verse to accompany Saint-Saëns’ Carnival of the Animals during The Last Mile, the final concert of the 2022 Canberra International Music Festival. Photo © Peter Hislop.

The ekphrastic nature of this carnival of music captures the impression and the movements of the animals depicted in an amusing and curious manner.

With artistic director Roland Peelman on one piano, Stephanie Neeman on the other grand, and all the players assembled on stage, Biggins opened with his hilarious rhyming text that had the audience cracking up at almost every word and stanza.

The two pianos roared into action with Royal March of the Lion. Their vibrant playing offered a realistic allusion to the sound of a roaring lion. This was a carnival like never heard before. It wasn’t just the hijinks of Biggins and his hilarious text, but the quality of the music-making, especially from the NZ String Quartet and the pianists. Every musician made this fantastically playful music sound fresh and alive with the sound of a carnival of animals. 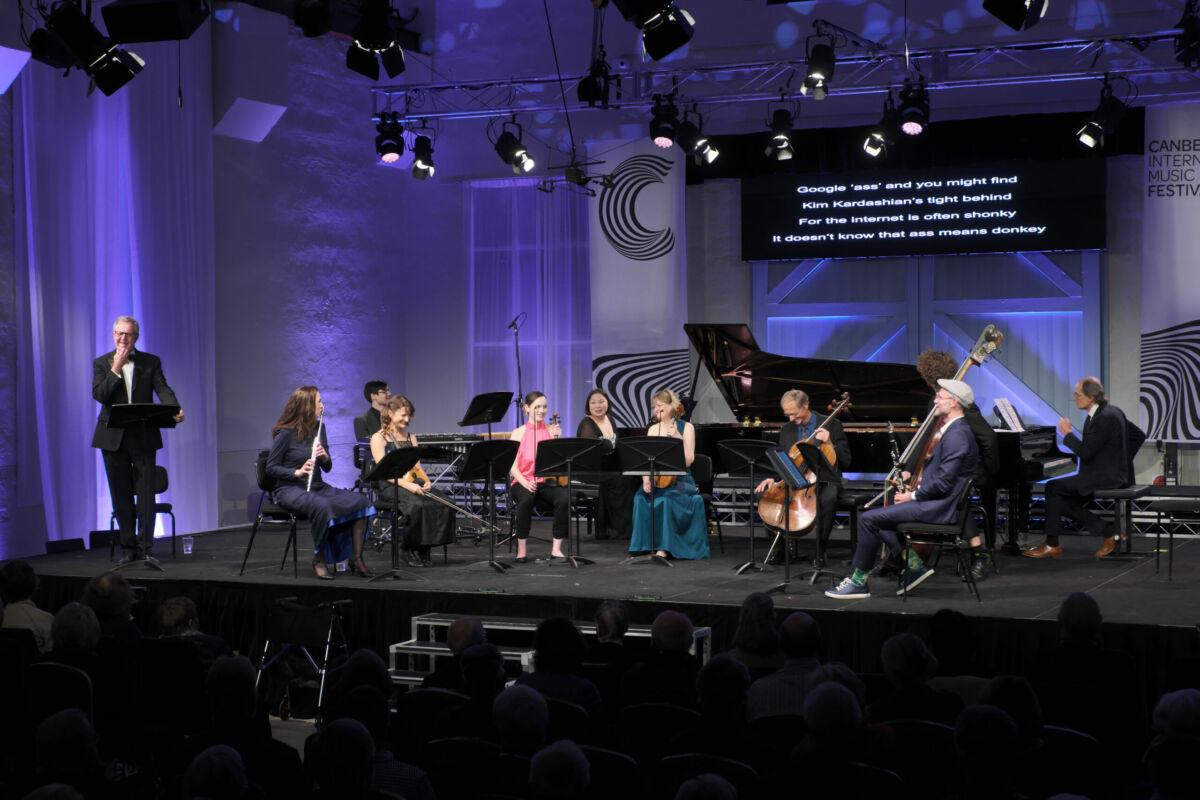 The assembled musicians performing in The Last Mile, the final concert of the 2022 Canberra International Music Festival. Photo © Peter Hislop.

Nothing could have been better to end this festival with such animated and joy-filled music. Even the musicians got in on the act of playing out the sounds and actions of the wildlife, imitating animals with comical delight. The Swan just melted everyone.

Never was there a Carnival of the Animals like this one.

Having been to nine of the 22 concerts at the 2022 CIMF, it is the diversity, inclusivity, and originality of the programming that stood out. Plus, the informative festival guide, which was mostly written by the artistic director, Roland Peelman.

It is hoped that soon, Canberra will get a dazzling new mid-sized music space that can become the home of this festival as it continues to grow in reputation and significance.