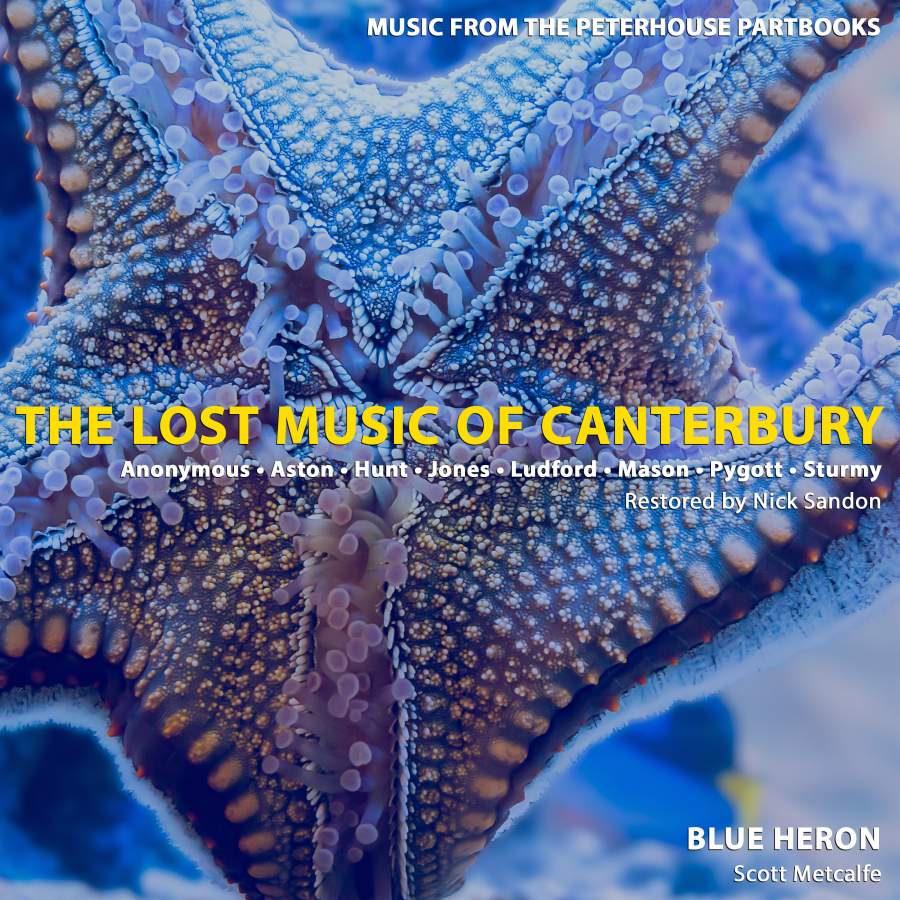 It sounds like the name for a boutique airline. Blue Heron is, in fact, the handle for yet another crack Boston vocal ensemble with an avian name currently giving the Brits a run for their money. (Limelight readers will already be acquainted with the excellent and versatile group Skylark that also hails from the land of the tea party and clam chowder.) Blue Heron has the distinction of being the first North American ensemble to win the Gramophone Early Music award in its 41-year history.

The group was awarded this accolade for the fifth and final disc in its survey of music from the Peterhouse partbooks. These partbooks are named after the college that now owns them in Cambridge, but their history is nearly as labyrinthine as the plot of a Hilary Mantel novel. In short, the partbooks were copied for Canterbury Cathedral in 1540. They were probably copied in Oxford, for much of the music has a particular association with Magdalen College and one of its lay clerks, Thomas Bull was paid for copying music and then became a lay clerk at Canterbury.

Given that these books afford us such an important view of sacred music towards the end of Henry VIII’s reign, why is this music not as well-known as that of the Eton Choirbook? Simply because the tenor partbook is missing, as is some of the treble. Enter Nick Sandon, a musicologist who has dedicated much of his career to reconstructing the missing parts and making the music performable.

And such glorious music it is. An anonymous Missa Sine Nomine is the crowning glory of this last disc. Bold and imaginative, it showcases Blue Heron’s expressive capabilities in its long, melismatic sections while also revealing the group’s solid but always appealing tutti sound. The well-blended adult treble line which includes one
male in the mean (i.e. second treble) part is full and free, comparing favourably with English counterparts.

Amongst the many other delights in the series include works by Nicholas Ludford, especially his Missa Regnum Mundi (Volume 2) and the impressive Missa Spes Nostra by the little-known Robert Jones (Volume 4).

Listeners owe Nick Sandon and Blue Heron enormous thanks for bringing this superb music back to life in such committed and often moving performances. Do enjoy this remarkable musical resurrection. You will not be disappointed!

The Lost Music of Canterbury is Limelight‘s Recording of the Month in December. Read our interview with Scott Metcalfe.

A delicious musical medley that leaves you hungry for more.

Scott Metcalfe on how he dug up a musical treasure trove

Blue Heron's Music Director tells us about The Lost Music of Canterbury, Limelight's Recording of the Month in December.