Although first created under the direction of Grayson Millwood and Gavin Webber in 2018, The Ninth Wavehas proved itself more than prescient today in view of events that threaten the world’s existence in the northern hemisphere. It is similar in theme to Nevil Shute’s  novel On the Beach, written in 1957 during The Cold War. Both are concerned with the destruction of the world; both scenarios play out on Australian beaches; both depict the final days of human kind. 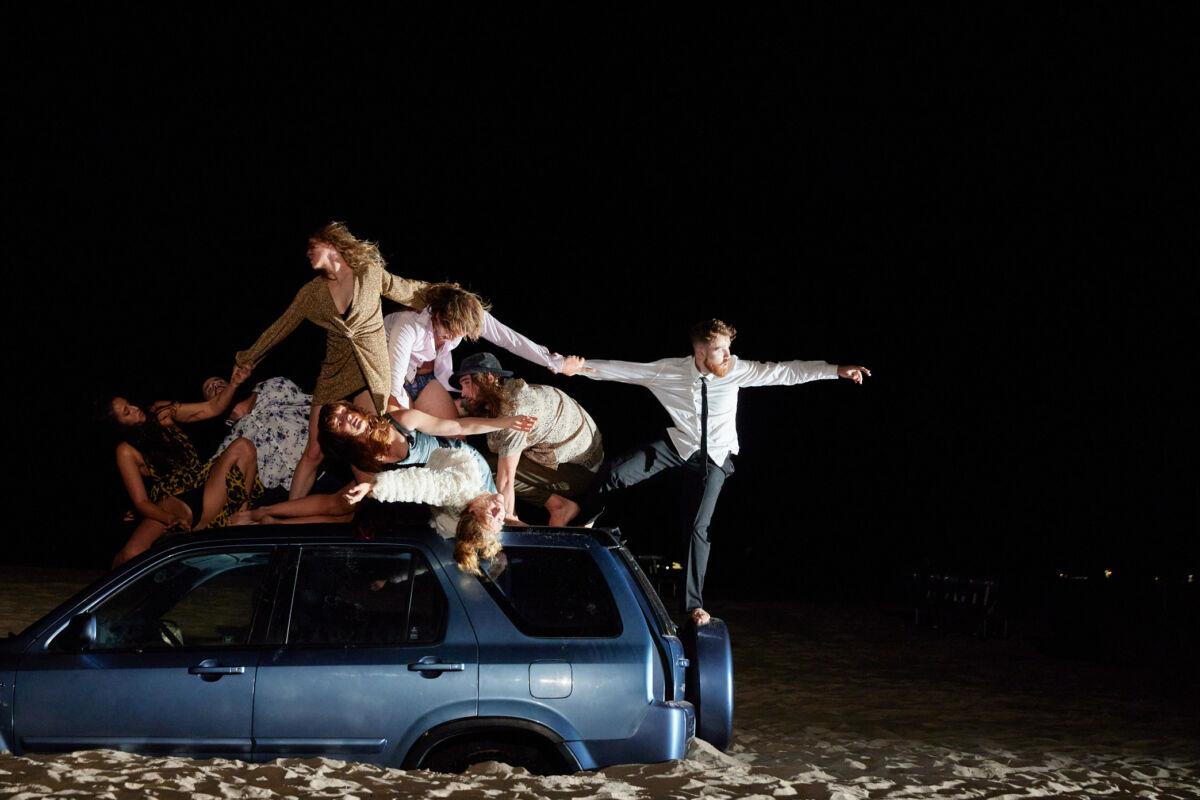 Offered, it might seem, as another prophetic warning, high tides and fierce winds caused the first two nights of this Perth Festival production – presented by The Farm in association with WA’s Co3 Contemporary dance – to be cancelled. For this is where The Ninth Waveis set, on the beach, where the last human beings on earth have come to party away their final days. Unlike their seeming hedonism, it’s difficult to sit there and not be reminded of man’s insignificance when faced with the never-ending horizon, the...